BOBBY Ray Parks crosses paths with another Fil-American player in Stephen Holt when the Dallas Mavericks and Atlanta Hawks clash on Sunday (Manila time) in the tournament phase of the NBA Summer League in Las Vegas.

Parks, 22, is coming off his best game in the Summer League after scoring 10 points in 21 minutes in the Mavericks' 104-88 win over an NBA D-League Selection on Friday morning at the Cox Pavilion.

That win advanced the Mavericks (2-3 win-loss) into a match-up against the Hawks, who are 3-2 with Holt as a part-time starter at guard and averaging 9.2 points, one rebound and 19.5 minutes through four games.

The two Fil-Americans went undrafted in the NBA - Parks in the last draft and Holt last year. But they took diverse paths on the way to where they are now.

While Parks resisted offers from US NCAA Division I teams to take his act to the UAAP in his mother's homeland, Holt played college ball with the Saint Mary’s College Gaels where current Cleveland Cavaliers guard Matthew Dellavedova was among his teammates.

Holt, listed at 6-4, also was signed to a conract to join the Cleveland training camp last year and in fact played one preseason game with the Cavaliers, although he failed to make the regular season roster.

He also had stints in Germany and Australia before joining the Hawks in Summer League for the second straight season.

Former Gilipinas coach Chot Reyes told Spin.ph on Saturday they got in touch with Holt during the course of the formation of the national team for the 2013 Fiba Asia championship.

However, Holt, like the Lakers' Jordan Clarkson, is ineligible to play for Gilas under the Fiba rule that mandates dual citizens to hold the citizenship of their chosen teams before they turn 15.

Reyes said they had planned to bring in Holt for the Asian Games but ditched the plan when Asiad organizers adopted the same eligibility requirement as Fiba.

Holt's face-off with Parks comes just days after Parks and Clarkson played against each other in the Mavericks' 88-86 win over the Lakers on Thursday. 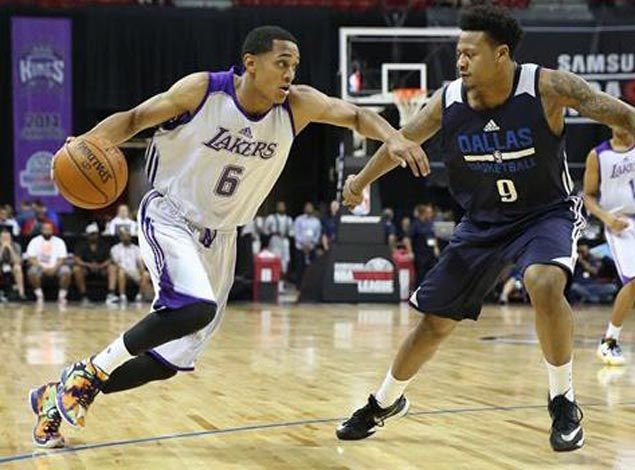