Murray added 11 assists and 10 rebounds in a triple-double for the struggling Spurs. Bryn Forbes had a season-high six 3-pointers in scoring 21 points, and Keldon Johnson added 18 points.

Gordon had 20 points in the second half as the Rockets rallied from a nine-point deficit in the third quarter after leading throughout the first half.

Houston entered allowing the most points in the Western Conference at 116.4 per game and the Rockets continued to play at fevered pace that fuels those numbers.

The Spurs returned home after playing seven consecutive road games, the franchise's longest trip besides its annual February excursion due to the San Antonio Livestock & Rodeo.

San Antonio went 1-6 on the trip and lost numerous players to the NBA's health and safety protocols due to COVID-19.

Johnson and Devin Vassell were cleared to return for the Spurs, but Doug McDermott, Tre Jones and Derrick White remain in the protocols.

Both teams started quickly, combining to shoot 12 for 17 in the opening four minutes. Houston opened 4 for 7 on 3-pointers in building a 25-15 lead.

Forbes fueled a Spurs rally, going 6 for 9 on 3-pointers in the first half to set a season high for a game. He was 0 for 2 on 3s in the second half. 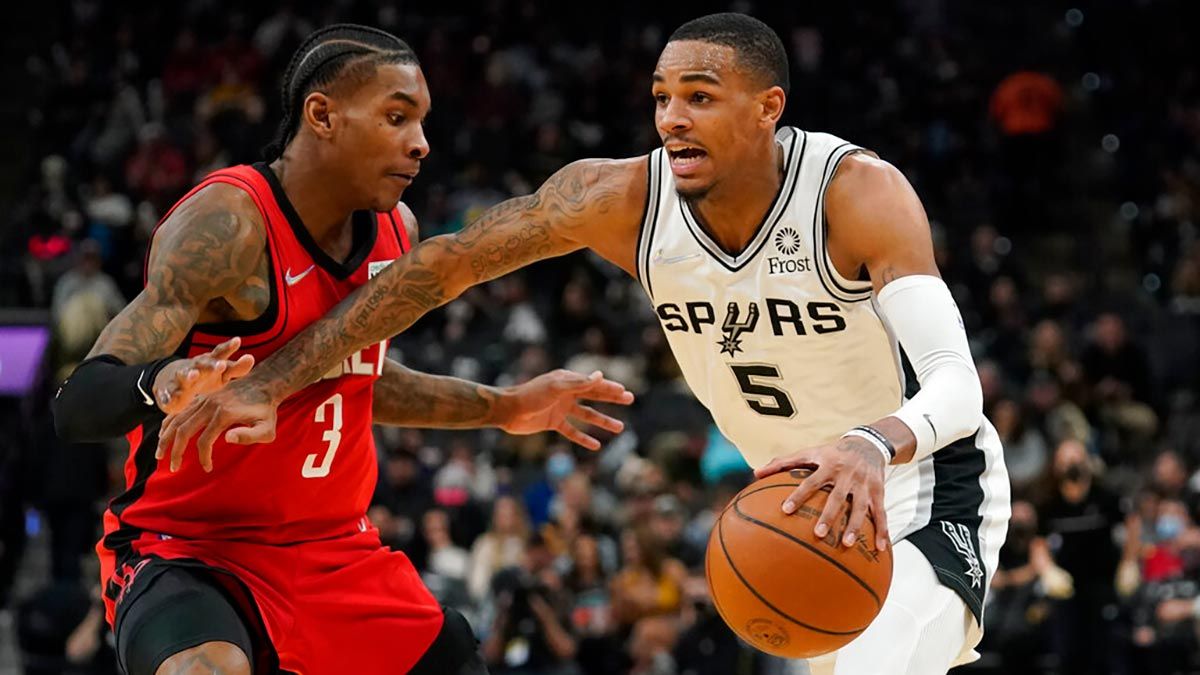 Rockets: Rookie center Alperen Sengun missed his seventh straight game as he returns from the league's health and safety protocols. Houston coach Stephen Silas said Sengun should be available Friday at Sacramento. ... Houston is 2-4 against teams in the Southwest Division. … Wood was assessed a technical foul with 19.8 seconds remaining in the first half after continuing to dispute a non-call on his shot attempt. Wood was whistled after continually saying to official Tyler Ford, "Are you serious?" and "All game" regarding a lack of calls. … Jae'Sean Tate was 6 for 6 in scoring 13 points.

Spurs: Forbes has made at least five 3-pointers in 14 games for the Spurs. Only Danny Green, Manu Ginobili, Patty Mills, Chuck Person and Sean Elliott have more such games. Forbes had five 3s in two previous games this season, the most recent against Detroit on Jan. 1. … The Spurs are 1-5 against teams in their division. … Jock Landale returned after missing Monday's loss in New York with upper back spasms.

Rockets: At the Sacramento Kings on Friday.