BOSTON — Eric Bledsoe scored 10 of his 17 points in the fourth quarter, hitting a key 3-pointer down the stretch, to help the Los Angeles Clippers beat the Boston Celtics, 91-82, on Wednesday night (Thursday, Manila time).

Marcus Morris had 23 points and 10 rebounds, and Terance Mann and Luke Kennard also scored 17 apiece for the Clippers. Los Angeles ended a two-game skid and completed a season sweep of the Celtics on a night both clubs were short-handed.

The Clippers were without star forward Paul George for a third straight game with a torn ligament in his right elbow that could keep him out up to a month. But Los Angeles, which had lost five of six, led most of the game.

Boston was missing scoring leader Jayson Tatum, who was placed on the COVID-19 health and safety protocols list on Monday, and starting guard Marcus Smart, who was out with a hand injury.

Down 10 early in the third quarter, the Celtics used a 12-2 run midway through the quarter to tie it at 57. The Clippers took a 69-63 lead into the fourth.

Boston opened the fourth quarter on a 9-2 run, pulling to 71-70 on a pair of free throws by Brodric Thomas and taking a one-point lead on a putback by Romeo Langford with 9:30 left to play. The Clippers regained control, with Bledsoe hitting a 3-pointer from the top of the key for an 86-78 lead with 2:05 left. 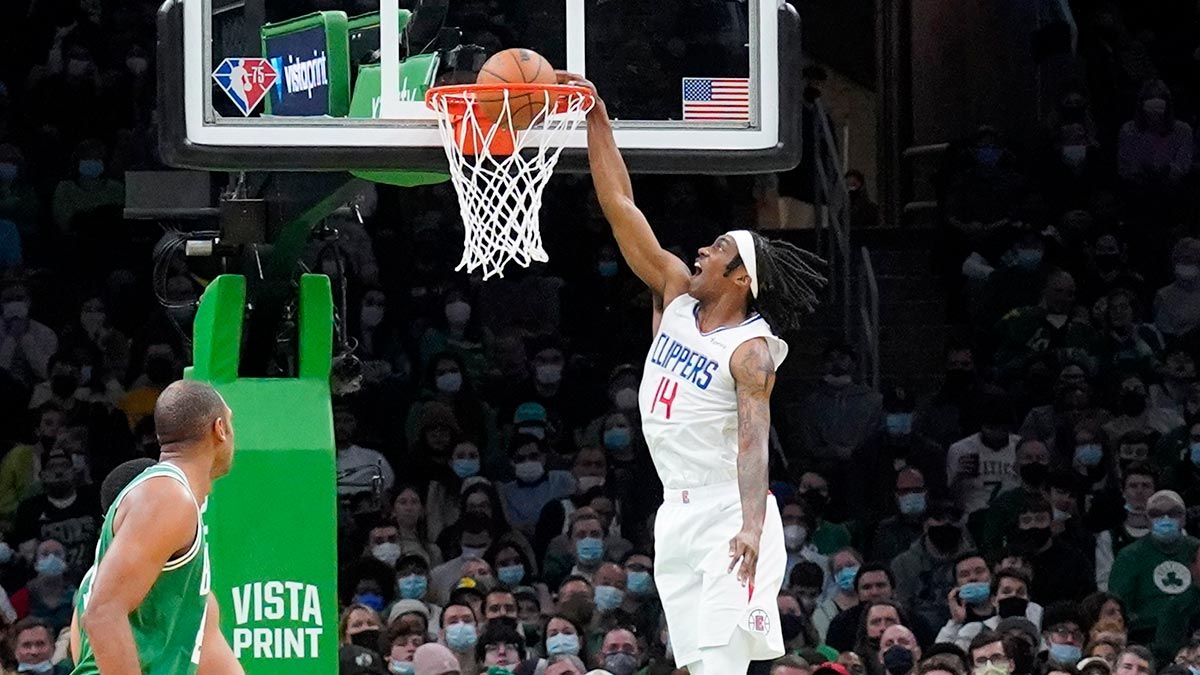 Robert Williams needed a few minutes after landing hard face-first while diving for a loose ball with 5:49 left in the fourth. Williams was able to get back to his feet and received an appreciative ovation for the hustle play as he headed to the locker room. Williams was back within a few minutes and checked back into the game with 2:45 remaining.

Thomas hit a long 3-pointer at the end of the first quarter, but the officials ruled it was too late and the call was upheld after a video review between periods, leaving the Clippers' lead at 26-21.

The Clippers benefited from another video review after challenging a shooting foul called on Ivica Zubac that would have put Brown at the foul line. Officials reversed the call after the review.

Clippers: Zubac had down 14 rebounds. ... Morris, who played two seasons for Boston, made five of his first six shots and led all scorers with 12 points in the first quarter. The Clippers won the first meeting 114-111 on Dec. 8 after being swept by Boston last season. ... G Reggie Jackson, missed his fourth straight game after being placed on the COVID-19 safety protocol list last week. G Jay Scrubb, F Moses Wright and G Brandon Boston Jr. were also on the protocol list and F Nicolas Batum missed his second straight game with a right ankle sprain.

Celtics: In addition to Tatum missing his second game of the season, Boston was also without G Marcus Smart for the second straight game because of a cut on his hand. Boston still had a long list of players on the safety protocol list with five others — C Bruno Fernando, C Enes Freedom, G C.J. Miles, F Aaron Nesmith and G Dennis Schroder.

Clippers: At Toronto on Friday night.