LOS ANGELES — Dwight Howard played with some of the best players in NBA history during his first two stints with the Los Angeles Lakers. But the star power being amassed for the upcoming season might be the best yet.

Howard officially signed for his third tour of duty with the Lakers on Friday (Saturday, Manila time) as the team's roster overhaul officially kicked into high gear. Besides reuniting with LeBron James and Anthony Davis, Howard will join a group that will include Russell Westbrook and Carmelo Anthony.

After playing with Kobe Bryant the first time and then winning a championship with James and Davis in 2020, Howard is still trying to grasp who his teammates will be this time around.

"It's something that's really hard to fathom, seeing all of us on the floor at the same time. Not on an All-Star team or an Olympic team or like a charity game," said Howard, who was with Philadelphia last season. "I think it's going to be awesome this year to have everybody on the floor practicing and understanding that it's only one mission — a championship."

Howard is joining a roster that includes two of the top 10 scorers in NBA history (James and Anthony), an eight-time All-Star in Davis and the league's career triple-doubles leader in Westbrook.

It also could include eight players age 32 or older. The 35-year-old Howard thinks the group should be able to withstand the rigors of the regular season and be in good health when the postseason begins.

"I don't necessarily see health being an issue for us this year. I think we all have new life coming together to play," he said.

The Lakers announced six roster moves as free agent signings began, but Anthony's signing and the trade of Westbrook from the Washington Wizards were not among them. Both are expected to be finalized in the coming days pending physicals. 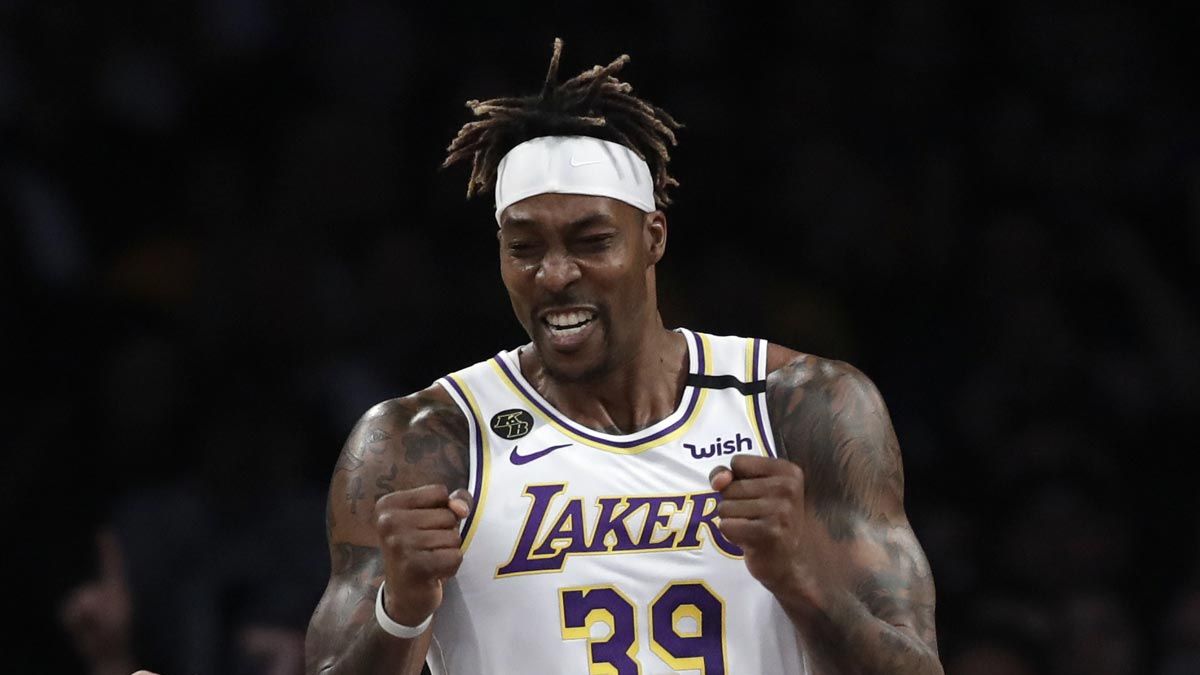 Trevor Ariza, who helped the Lakers win a title in 2009, got recruiting pitches from both Westbrook and his children about coming back to Los Angeles. On July 30, Westbrook called Ariza 20 minutes after news of Westbrook's trade to the Lakers became public.

"To be honest, there was always only two places that I actually wanted to be — Miami being one and LA being the other," said Ariza, who will be going into his 16th season. "We've all done things that are pretty amazing by just being in the NBA for this long. So to see all those minds come together and all these talents coming together, I think that it is going to be amazing."

Horton-Tucker is one of the few returnees. No longer around are Kentavious Caldwell-Pope, Kyle Kuzma, Alex Caruso, Montrezl Harrell and Markieff Morris after the Lakers' bid for a repeat NBA championship was derailed by Phoenix in the first round of the playoffs.