SAN FRANCISCO — Draymond Green will be away from the defending champion Golden State Warriors indefinitely, which coach Steve Kerr called a "mutual decision" after the star forward violently punched teammate Jordan Poole in the face on Wednesday.

Green had been scheduled to rejoin the team for practice on Saturday (Sunday, Manila time). He said he expects to play in Golden State's season-opener on Oct. 18, but he is unsure of his status as well as how long he will be away.

Poole wasn't injured in the fight. Neither was Green, a fiery veteran part of Golden State's four championships in eight seasons.

Green did not get into specifics about what triggered the physical altercation, though he said he was already dealing with something hurtful that day before erupting and that it has nothing to do with either player's unsettled contract situation. 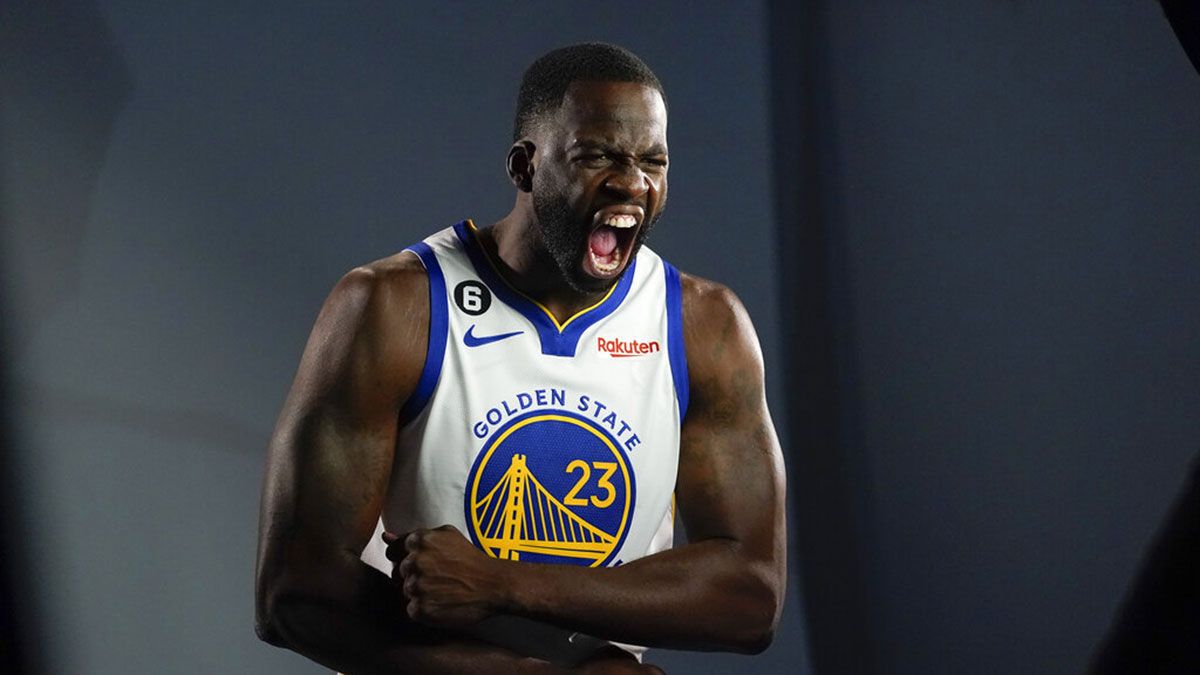 He said he is giving Poole space after apologizing to everyone on Thursday. Calling himself "a very flawed human being," Green said he would use his leave of absence to work on ways to better deal with his emotions and wants to allow Poole and the Warriors to heal from the incident and focus on defending their title.

Green said he will take the challenge to "right the ship," which he said would not be an "easy process."

"But I also look forward to continuing to better myself and my emotional state and how I deal with my emotions," he said. "I think that one thing that I lack is how to let emotions out."

Kerr said there is "no set date" for when Green will be back and that it would be determined based on private discussions among everyone involved.

Video of the punch leaked to TMZ was published Friday. The footage shows Green approaching Poole near the baseline and them coming chest to chest. Poole used both hands to push Green away, then Green punched Poole in the face and sent the fourth-year guard into the wall behind the baseline.

Kerr challenged the entire organization to be better regarding leaks.

"I've been in this league for 30-plus years, I've seen all kinds of crazy stuff," Kerr said. "When things are kept internally it's really almost easy to handle, it's just so much cleaner and smoother and you can move forward. As soon as things are leaked now all hell breaks loose and that affects every single player ... we're having to answer all of these questions and it puts us in a very difficult spot, everybody in a very difficult spot."

Green said he thought it was "bull——" that the video leaked and thanked the Warriors for investigating who did it.

"I watched the video 15 times, maybe more. Because when I watch the video I'm looking at the video and I'm like: 'Yo, this looks awful. This looks even worse than I thought it was, it's pathetic.' And then I had to take a step back to it and realize this video was actually released this way to look that way."

Second-year forward Jonathan Kuminga will start in Green's place Sunday in a preseason game against the Lakers. When asked his thoughts about both the video and Green's apology, he said "that's above my power."