Down 0-2 again this postseason, Bucks seek tonic at home

MILWAUKEE — For the second time this postseason, the Milwaukee Bucks have staggered home with a 2-0 deficit and key players not shooting straight.

Milwaukee fans waited 47 years to see the NBA Finals return to their city. They will end up watching Chris Paul, Devin Booker and the Phoenix Suns celebrate a championship at Fiserv Forum if the home team can't turn things around quickly.

"We have been down 0-2 before," Bucks All-Star Khris Middleton said. "Not saying we can do the same exact thing we did last time. It's going to be tough. That's a great team over there. But we've just got to stay the course."

Game Three is on Sunday night (Monday, Manila time), the first NBA Finals game in Milwaukee since 1974 figuring to be a raucous scene inside and outside the arena.

The Suns are ready.

The Suns had a pair of double-digit victories in Phoenix, where they were largely in control throughout the second half in both games. No team has overcome a 3-0 deficit in the NBA, so the Bucks' situation is dire.

But they battled back from a situation that appeared just as bleak last month.

The Bucks dropped two games in Brooklyn to start the Eastern Conference semifinals and were even less competitive there than they were in Phoenix. Milwaukee trailed by 49 points in Game 2 on its way to a 125-86 loss.

"Game Two we got smacked, embarrassed," Middleton recalled. "A lot of people thought our season was done. We still believed in ourselves."

The Bucks took the next two at home to even things up and won the series in a Game Seven thriller in Brooklyn, but they had some help in that comeback. Kyrie Irving missed the last three games with a sprained ankle and James Harden played through them without much speed because of a hamstring strain, leaving the Nets without much good guard play.

No such luck for the Bucks this time.

Booker and Paul have combined for 113 points, passing Golden State's Stephen Curry and Klay Thompson (106 in 2018) for the most points from a starting backcourt in the NBA Finals in the last 50 years. 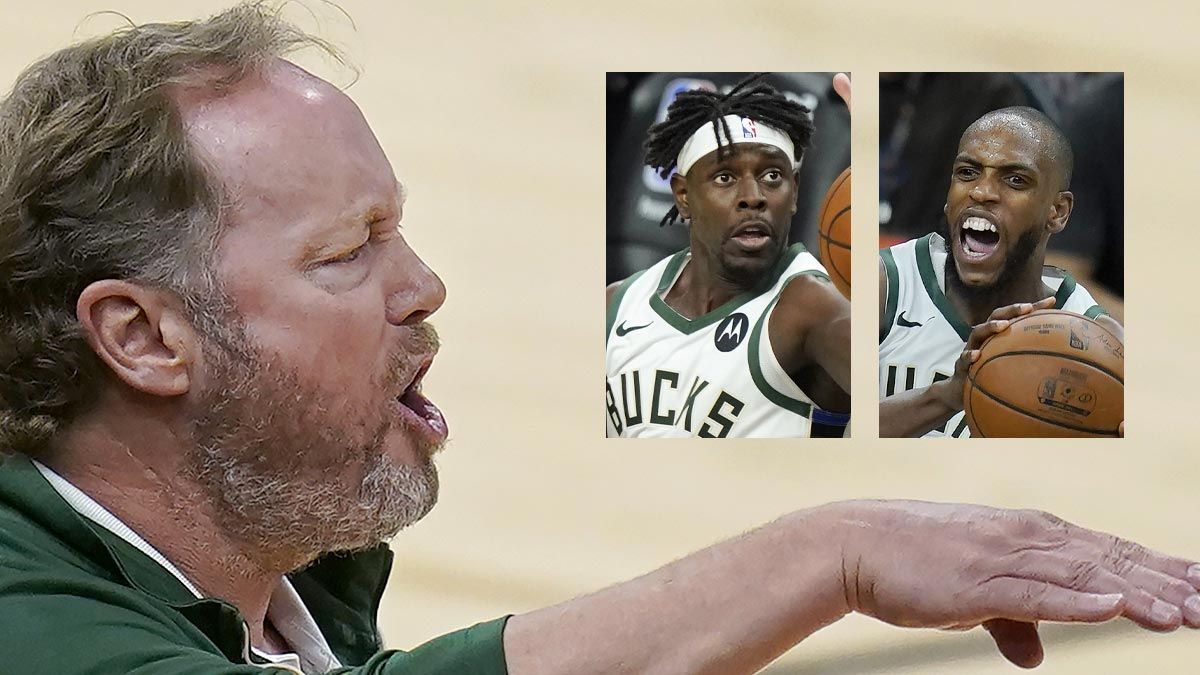 The Bucks can't count on a change of scenery to change the way the Suns will attack them.

"It's the finals. We're playing for the prize," Booker said. "I don't think there's going to be a storm that we haven't seen."

The Bucks are 7-1 at home in the postseason, but now they welcome what was the NBA's best traveling team. Phoenix was 24-12 on the road during the regular season and has gone 6-2 in the postseason, closing out all three of its series in its opponent's building.

Booker thinks the strict coronavirus protocols this season — which largely prevented players from going out much on road trips — strengthened team bonding because of the time spent together in hotels.

Paul has a different explanation for the Suns' road success.

"It's nice when you can silence a crowd," he said. "It's fun, it's entertaining. I think our team, we have the right mindset for it."

Bucks need backups to step up

Middleton shot 5 for 16 in Game Two, while Jrue Holiday put up 4-for-14 and 7-for-21 clunkers in Phoenix. He has the task of trying to guard Booker and Paul, perhaps sapping some of the effort he can give on the other end.

"The amount of effort that it takes and that we're putting that on his shoulders defensively is significant," Bucks coach Mike Budenholzer said. "But it's the playoffs. It's the finals. I think everybody has got to be able to do it at a high level on both ends of the court."

With Holiday and Middleton struggling in the 118-108 loss Thursday, the Bucks were again far off their NBA-leading average of 120.1 points during the regular season. Giannis Antetokounmpo scored a playoff career-high 42 points, but he needs more help.

Perhaps he will get a boost Sunday from his teammates.

He'll surely get one from his fans.

"It's going to be fun," Antetokounmpo said. "We know playing in the NBA Finals in front of the fans that have supported us all year long, and it's been (almost) 50 years since we played one here in Milwaukee, for sure it's going to be exciting."