Mike Conley added 17 points for the Jazz, who won their fifth straight against Sacramento in the first game at Golden 1 Center with a full crowd since March 8, 2020.

Gobert took only seven shots but came up big when it counted, scoring seven points over the final 3 1/2 minutes. He converted an alley-oop dunk, made two free throws and had a three-point play after getting fouled by Hield. Bojan Bogdanovic followed with a 3-pointer, Mitchell made a free throw and Conley sank a pair.

The Jazz trailed most of the first half and were down late in the third quarter before Jordan Clarkson made a pair of 3s, including one with 0.2 seconds remaining to put the Jazz up 81-80. 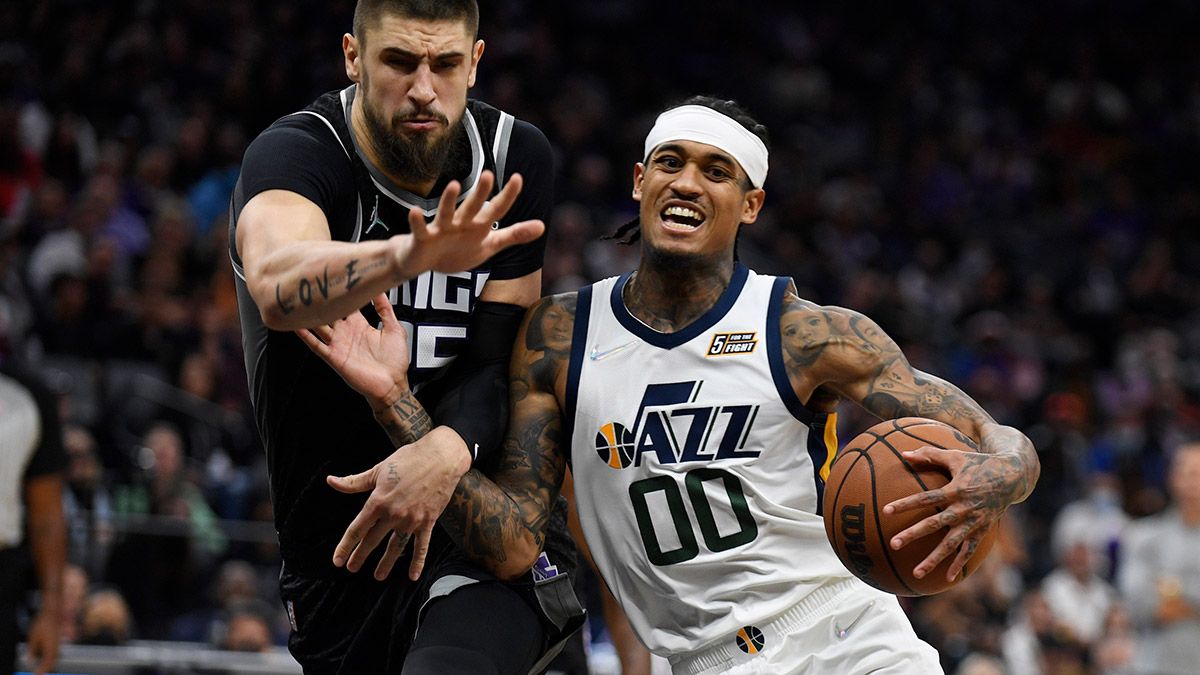 Jordan Clarkson scores 15 points on 6 of 19 shooting, including 2 of 11 from beyond the arc.

Both teams got off to sluggish starts and the Kings trailed by six before going on a 15-0 run. Davion Mitchell capped that stretch when he grabbed the ball from Donovan Mitchell, then fed Terence Davis for a layup that made it 33-24.

Utah's Joe Ingles was ejected with 1:36 remaining in the first quarter after being charged with a flagrant-2 foul. Ingles was near the basket when Davion Mitchell missed a dunk attempt and crashed to the court. Ingles was initially whistled for a defensive foul but the call was changed after review.

Hield has 1,076 career 3-pointers. He came into the night tied with Peja Stojakovic atop the Kings' all-time list.

Jazz: Gobert and coach Quin Snyder picked up technical fouls within a 98-second span in the third quarter. ... Rudy Gay (right heel) did not play.

Kings: Barnes, coming off a career-high 36 points against Portland, made his first two 3s and had eight points in the first quarter. ... Moe Harkless received treatment for his left hip injury before the game and was held out. ... Fox came out after appearing to injure his left shoulder early in the second quarter but returned.

Kings: Host the Warriors on Sunday night. Sacramento lost two of three against Golden State a year ago but won at Golden 1 Center, 141-119.