LUKA Doncic welcomed all his bosses with the Dallas Mavericks to his home country of Slovenia to watch the young superstar sign the richest contract in club history.

Now that the record rookie supermax extension of $207 million is in the books, it's back to the business of trying to win for a franchise that hasn't advanced in the playoffs since winning its only championship 10 years ago.

"I'm proud of Luka," owner Mark Cuban said on Tuesday as he sat next to his point guard during a news conference in Doncic's hometown, the Slovenian capital of Ljubljana.

The Mavericks have the most important piece of their next title pursuit under contract through 2026-27, although that final season in a five-year deal that starts in 2022-23 is a player option.

Doncic was eligible for the massive payday because he made the All-NBA first team twice, in his second and third seasons. At 22, he is the youngest in league history with multiple first-team selections.

"I still kind of don't know what to say because I never imagined this happening," Doncic said. "I was only dreaming of only playing in the NBA."

New general manager Nico Harrison made the trip along with new coach Jason Kidd. Both were hired after the firing of longtime GM Donnie Nelson in June, followed a day later by the resignation of coach Rick Carlisle.

Agent Bill Duffy acknowledged Nelson's role in targeting Doncic when he was a teenager playing for Real Madrid, and engineering the draft night trade in 2018 that sent Doncic, the third overall pick, to Dallas while Atlanta got No. 5 selection Trae Young.

Kidd, the point guard when another European star in Dirk Nowitzki led the Mavericks to the 2011 title, once again tried to explain his role in helping Doncic find postseason success for Dallas again.

"I think when you talk about Luka's gift, he's a special player," Kidd said. "And for me, as a coach, it's just to guide him. Be an extra set of eyes and ears to make the game as simple and as easy for him on the court. To give him the answers to the test so that he can do what he does at a very high level."

Doncic put his name in the company of LeBron James with an early penchant for triple-doubles, and now sits 11th on that all-time list. The two-time All-Star has averaged 33.5 points in the playoffs with six 40-point games in two postseasons.

Both playoff trips ended in the first round against the Los Angeles Clippers, and now Doncic is fresh off leading Slovenia to its first-ever Olympics in basketball and a fourth-place finish in Toyko.

Kidd believes he can turn Doncic and Kristaps Porzingis into the European duo the Mavericks envisioned when getting the 7-foot-3 Latvian in a blockbuster deal with the New York Knicks. The Mavericks also just re-signed a secondary piece in that trade, shooting guard Tim Hardaway Jr., to a $75 million, four-year contract. 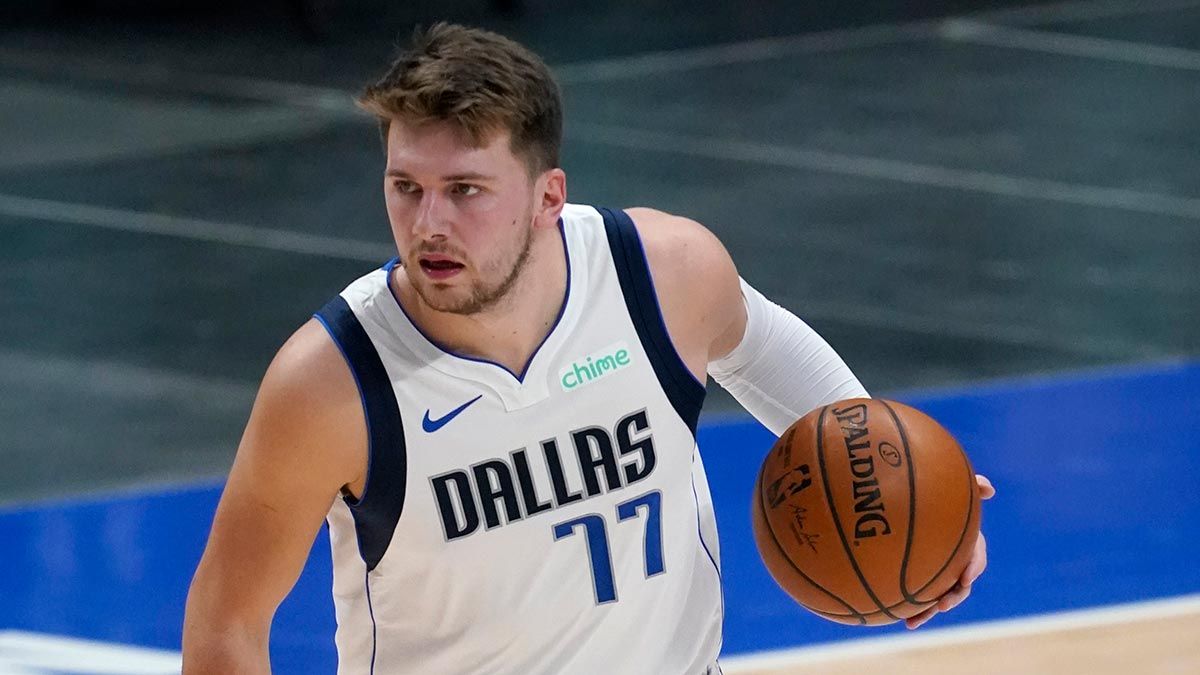 Dallas also is bringing back fan favorite Boban Marjanovich, the 7-4 Serbian who has been one of the backups to Porzingis. He re-signed on Tuesday, when the club also announced the free agent addition of Sterling Brown, who played at nearby SMU.

Brown and Reggie Bullock are the two new options behind Doncic and Hardaway in the backcourt, a pair of shooting guards the Mavericks hope will help defensively.

"I think we made some great moves in free agency, but I think one of the most important things to win is the chemistry that the team has on the court," Doncic said. "Like for example in Slovenia we had amazing chemistry, and I think that led us to winning games."

Cuban had chemistry in mind in coming to Slovenia for the signing with his front office and Nowitzki, the 7-foot-German who spent all 21 of his seasons in Dallas — an NBA record — and is now a club consultant.

"Just to confirm to Luka how important he is to us and how this is just the beginning," Cuban said. "We want him to know that we're there for him whether it's here in Slovenia or anywhere in the world. Part of that process is not only getting to know him, but getting to know what's important to him and how he looks at things."

With the money secured, it's all about championships now for Doncic.