WASHINGTON — Bradley Beal's absence put Spencer Dinwiddie and Kyle Kuzma on the spot — and those two made quite a first impression on their new fans in Washington.

Dinwiddie scored 34 points — including a tying 3-pointer late in the fourth quarter — and Kuzma added 26 to lift the Wizards to a 135-134 overtime win over the Indiana Pacers on Friday night (Saturday, Manila time). Beal missed the game for Washington because of hip problems.

"Obviously, Brad being out, I can still be aggressive, and my volume's going to be higher," Kuzma said. "If he's in playing, I might be lower. But I'm going to play the same every game."

Kuzma and Dinwiddie came to the Wizards in the offseason as part of a roster makeover that included trading star point guard Russell Westbrook to the Lakers. The newcomers impressed in Washington's home opener Friday, which was also the first home game for new Wizards coach Wes Unseld Jr.

Davis Bertans made a 3-pointer with 34.4 seconds left in overtime that put the Wizards up 134-131. Chris Duarte missed a 3 at the other end for Indiana, and Kuzma made a free throw with 6.7 seconds left to give Washington a four-point lead.

Indiana's Malcolm Brogdon made a 3-pointer with 0.5 seconds remaining for the final margin.

Myles Turner scored a career-high 40 points for the Pacers, and Brogdon and Domantas Sabonis added 28 apiece.

"It's frustrating," Turner said. "From a personal standpoint, this is something that I want people to get accustomed to. I think this is the way I can play night in and night out. As a team, this one hurts."

The Pacers rallied from a 10-point fourth-quarter deficit and led 123-117 before two 3s by Dinwiddie forced overtime. The second of those came with 33.6 seconds left in the fourth. 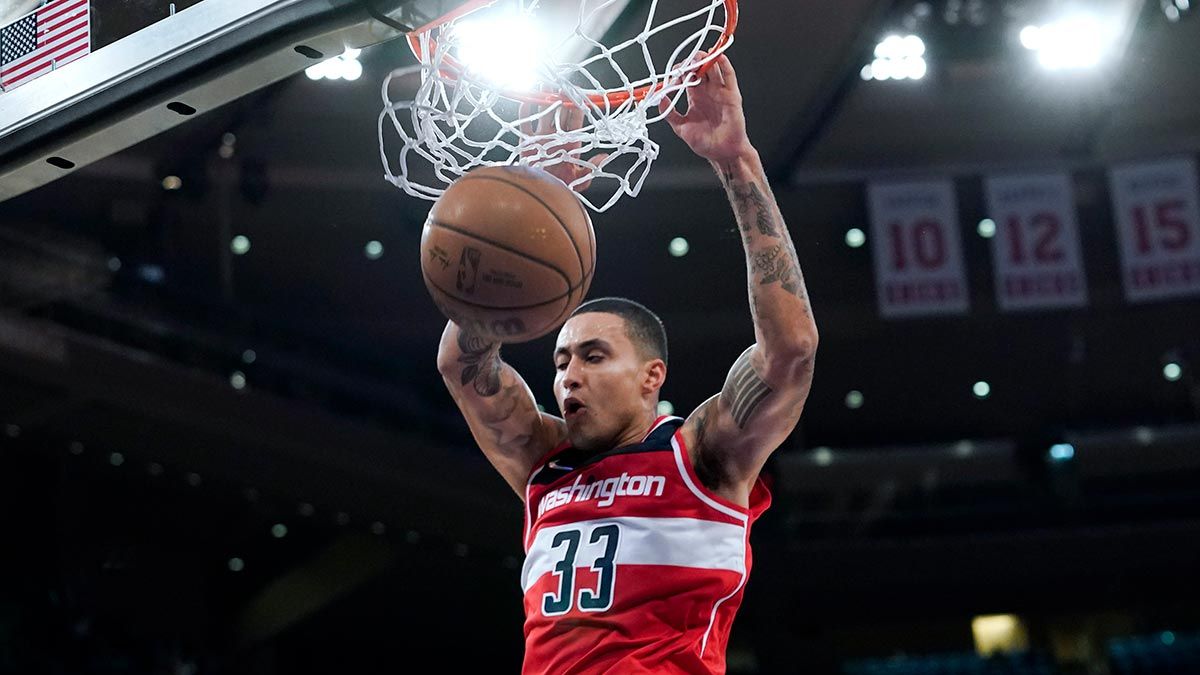 Kyle Kuzma shoots 10 for 17 in 19 minutes of play for Washington.

Dinwiddie did miss a 3 at the end of regulation that could have won it.

Indiana scored the first six points of overtime, but the Wizards fought back to tie it on another 3 by Dinwiddie.

"The zone disrupted their rhythm for a stretch there. Then they were able to get a couple 3s in," Indiana coach Rick Carlisle said. "Bertans hit a tough one. Dinwiddie hit a tough one. The shot-making right now in the league is amazing to watch. Beyond belief, really."

Wizards: The Wizards shot 61% from the field in the first half and 10 of 13 from 3-point range. They finished 19 of 38 from long distance. ... Washington missed only one of its 19 free throw attempts. Kuzma split a pair of foul shots at the end of overtime.

The Wizards were hoping the coaching change would help improve their defense, and they beat Toronto 98-83 in their season opener. Then came Friday's high-scoring first half.

"The message at halftime was the same after the game: The first team to get defense into the game will win," Unseld said. "We got a little bit better in the second half."

Aaron Holiday, who was traded to the Wizards from Indiana in the offseason, started in place of Beal and scored seven points against his former team. His brother Justin, who still plays for the Pacers, scored five.

Wizards: At Brooklyn on Monday night.