PHOENIX — Devin Booker scored 24 points, including late back-to-back 3-pointers, and Ricky Rubio came up with a steal and a free throw to help the Phoenix Suns rally past the Orlando Magic, 98-94, on Friday night (Saturday, Manila time).

Booker had scored only two points in the second half before hitting a 3-pointer with 52.9 seconds left that cut Orlando's lead to 94-93. He then hit a another 3-pointer with 36 seconds left. On defense, Rubio stole the ball from Nikola Vucevic with 16.7 seconds remaining.

The Suns scored the final eight points of the game after Vucevic knocked down a 3-pointer from the top of the arc with 59.4 seconds left, giving the Magic a 94-90 lead, Orlando's largest of the game. 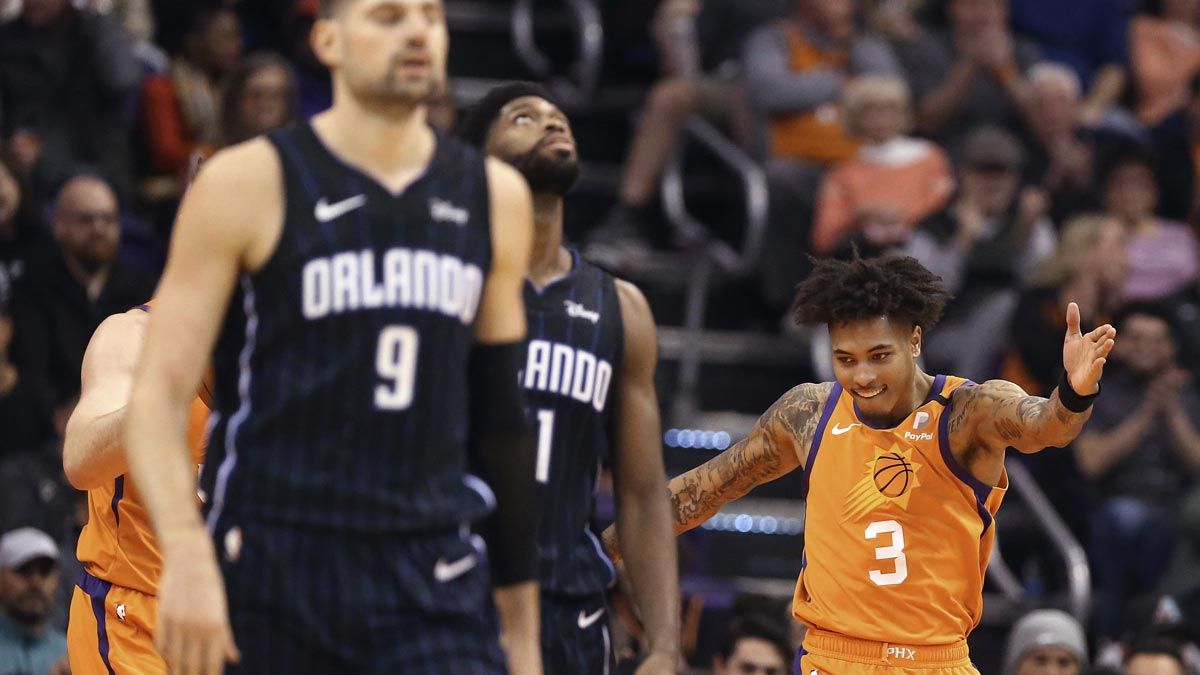 Evan Fournier led Orlando with 28 points, 16 in the second half. Vucevic added 18 points and 13 rebounds, and Terrence Ross scored 18 off the bench.

Phoenix led by as many as 11 points in the third quarter, but the Magic roared back, taking their first lead of the game at 69-68 on a 3-pointer and two free throws by Fournier.

The Suns took a 77-75 lead when Deandre Ayton hit a short hook shot just before the buzzer at the end of the third. But Orlando scored the first six points of the fourth on 3s by Fournier and Josh Magette, It was Magette's only basket of the game.

The game was mostly back-and-forth, with the exception of a few double-digit leads for the Suns. 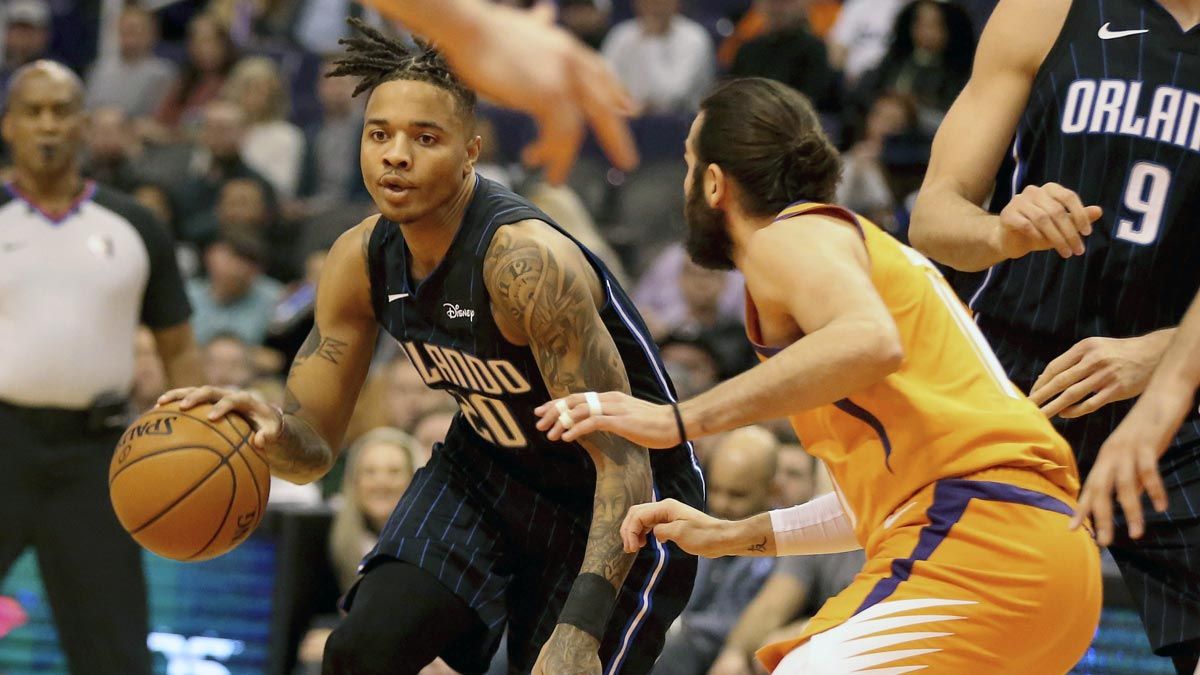 Off a blocked shot from Cam Johnson at the defensive end, Mikal Bridges took the ball coast to coast for a layup and a 27-25 lead the Suns carried into the second quarter.

Ross bowled over Aron Baynes and put in a wild shot off the glass to cut the Suns' lead to 40-38 at the 5:46 mark of the second. Markelle Fultz had 13 points and Ross 12 in the first half.

Booker forced Fournier to lose his balance on defense, then swished a step-back 3 that gave Phoenix its largest lead of the first half, 10 points at 58-48, with 33 seconds to go.

The Suns took that lead into halftime. Booker scored 16 first-half points and Oubre 13. 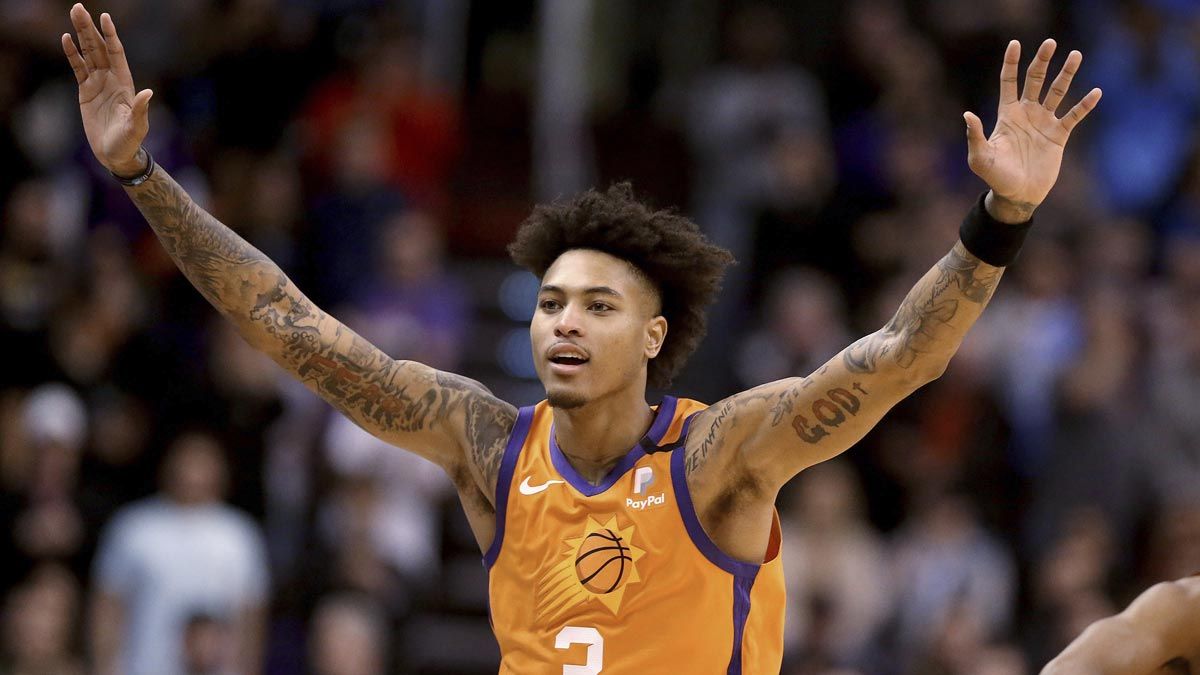 Magic: F Aaron Gordon sat out with a right calf injury he sustained against the Washington Wizards on Wednesday. … G D.J. Augustin also missed the game with a left knee injury. … Wes Iwundu and Khem Birch started at the two forward spots for Orlando, with Jonathan Isaac and Gordon out due to injuries.

Suns: Coach Monty Wiliams, in discussing the development of young centers during pregame comments: "I wish everyone could be Shaq. Everybody is not 7-1, 335 and can dance." … F Frank Kaminsky III missed his sixth straight game with a stress fracture in his right knee. … Baynes got the start at center over former No. 1 overall pick Ayton, who'd started the previous three games. Ayton finished with 13 points and 9 rebounds.

SWAT INTO THE SEATS

Oubre sent a Ross 3-point try into the seats behind the Suns bench with an emphatic block. The sound of hand hitting ball brought players and fans out of their seats with 6:53 left in the third quarter.

Magic: Orlando plays at Sacramento on Monday, the second game of a six-game trip.