SAN ANTONIO — The San Antonio Spurs are getting healthy after a rash of missed games due to COVID-19 protocols and that proved to be the difference against the Los Angeles Clippers.

Derrick White had 19 points in his return from a five-game absence, Dejounte Murray added 18 points and the Spurs beat Clippers, 101-94, on Saturday night to snap a five-game skid.

"It was great even today having most people back and kind of getting back to kind of a normal lineup," said Devin Vassell, who missed three games earlier this month in the NBA's league and health and safety protocols. "Derrick coming back, Doug (McDermott) back, me, (Keldon Johnson), having a bunch of back is huge.

Amir Coffey had 20 points, and Marcus Morris Sr. added 15 points for the Clippers. They have lost two straight after a two-game winning streak.

With San Antonio leading 97-94, Murray deflected and stole an outlet pass after missing a 14-foot jumper with 2:28 remaining. The play would enable the Spurs to take a 101-94 lead that they maintained for the victory.

White also took an offensive charge on Eric Bledsoe with 1:28 remaining. Neither team scored in the final 1:40 of the game.

"That charge was huge, that just shows how Derrick is," Vassell said. "He makes special plays, winning plays, and we needed that."

White was 7 for 11 from the field after sitting out in the NBAs health and safety protocols.

"It felt good," White said. "The first half I felt a little tired, tried to get my wind back."

San Antonio had seven players score in double figures after having seven players in the league's health and safety protocols earlier this month.

The Clippers were without injured stars Kawhi Leonard and Paul George along with Luke Kennard. Los Angeles' starting lineup struggled without them, leaving the bench to key a late rally.

After trailing by as many as 16 points, the Clippers took an 88-85 lead with 10:21 remaining following an 18-3 run bridging the third and fourth quarters. After being held scoreless in the first half, Serge Ibaka scored 10 points in the run.

"We were there," Ibaka said. "It wasn't perfect, but we were there. We came back. We were there, I think just a couple of mistakes. If we clean up those mistakes, we can get the 'W.'" 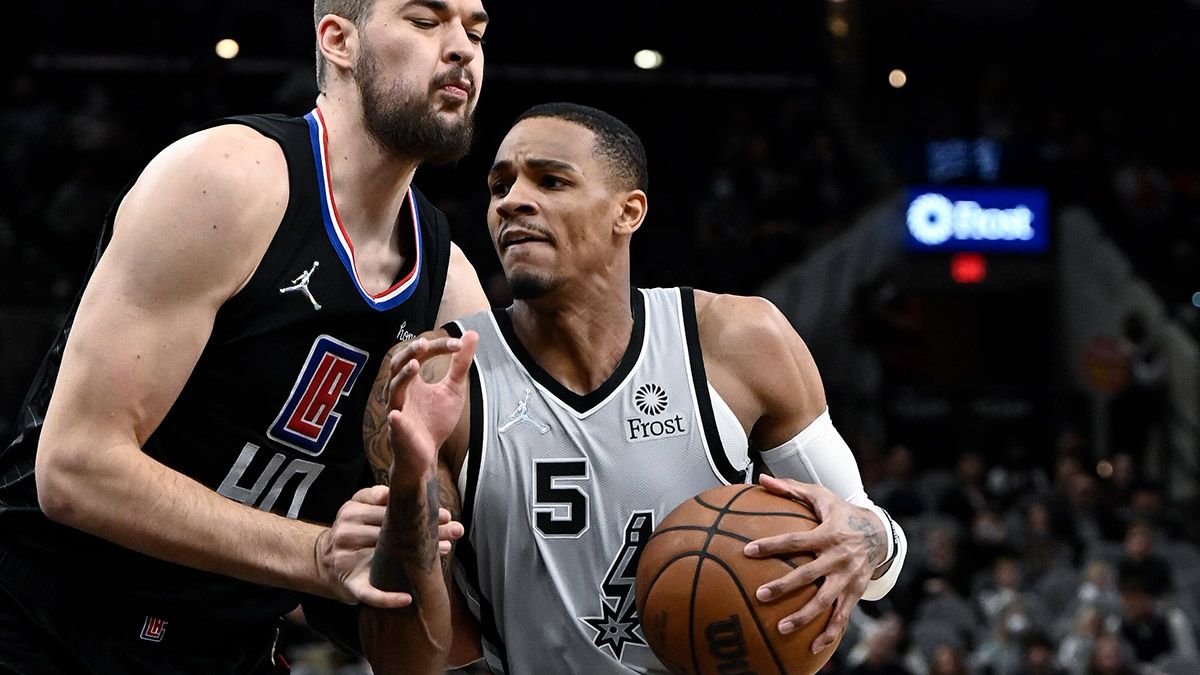 Dejounte Murray goes 8 for 17 in 36 minutes of action.

Clippers: George missed his 12th consecutive game with an elbow injury. … Los Angeles is 17-74 in San Antonio … Kennard missed his eighth game while in the league's health and safety protocols. … Morris was averaging 19.2 points and 5.1 rebounds in his previous 10 games for Los Angeles.

Spurs: San Antonio is 10-1 when holding opponents under 100 points. … The Spurs are 5-13 in back-to-back games, including a 4-5 record in the second game. … Jock Landale, a 26-year-old rookie from Australia, made his first career NBA start. Landale finished with 10 points and 11 rebounds. … Tre Jones remains the lone player still in the league's health and safety protocols due to COVID-19. … The Spurs are 9-16 against Western Conference teams. … Bryn Forbes was averaging 2.3 3-pointers in his previous 10 games.