Vogel to refs after AD ejection: 'Have some common sense'

Lonzo Ball had a season-high 27 points, eight assists and seven rebounds against his former team as the promising Bulls rolled to their fourth win in five games, following up their win over the Clippers on Sunday night by sweeping back-to-back games at Staples Center. Chicago also snapped an eight-game skid against the Lakers dating to November 2016 while going to 10-4 in a promising start to the season.

Anthony Davis had 20 points and six rebounds before getting ejected by referee Scott Wall with 2:20 left in the third quarter. The Lakers already were well on their way to their fourth loss in the last seven games without LeBron James, who is out with an abdominal strain.

Davis was ejected for only the second time in his career. He got his first technical midway through the first quarter, and he got another after he lost his shoe while falling out of bounds with the ball under the Lakers' basket. He yelled at Wall when the referee allowed Chicago to inbound it before Davis put his shoe back on.

"Typically, the ref will wipe the ball, let the guy get his shoe on," Vogel said. "Have some common sense. Quick inbounds — AD said, 'That's B.S.,' which happens about 15 times in the NBA every game. Quick tech, ejection. I don't know what to say about that."

DeRozan and LaVine combined for 39 points in the first half at Staples Center, hitting seven 3-pointers in a dynamic two-man display. DeRozan kept it up after halftime, following up his 35-point effort against the Clippers with another dominant night on his hometown floor.

"Every night you've got to find some type of extra motivation," said DeRozan, a Compton native. "We've got a couple of guys that played here, (others who are) from here. Just having that extra juice, that energy to go out there and compete, is always beneficial."

DeRozan and the Lakers flirted with each other in free agency during the summer, but the Lakers eventually went with Russell Westbrook over DeRozan, his fellow Los Angeles-area native.

"Coming out with (James) out, you always know you've got to play hard and make up the slack for a big piece of our team," said Talen Horton-Tucker, who had a career-high 28 points against his hometown team. "We've all got to bring our games up to another level."

Westbrook got 19 of his 25 points in the first half for the Lakers, who wrapped up a five-game, eight-day homestand with three narrow wins and two embarrassing defeats.

Three days after Minnesota routed the Lakers with a dominant third quarter, Chicago went ahead by 25 in the third while scoring 37 points. 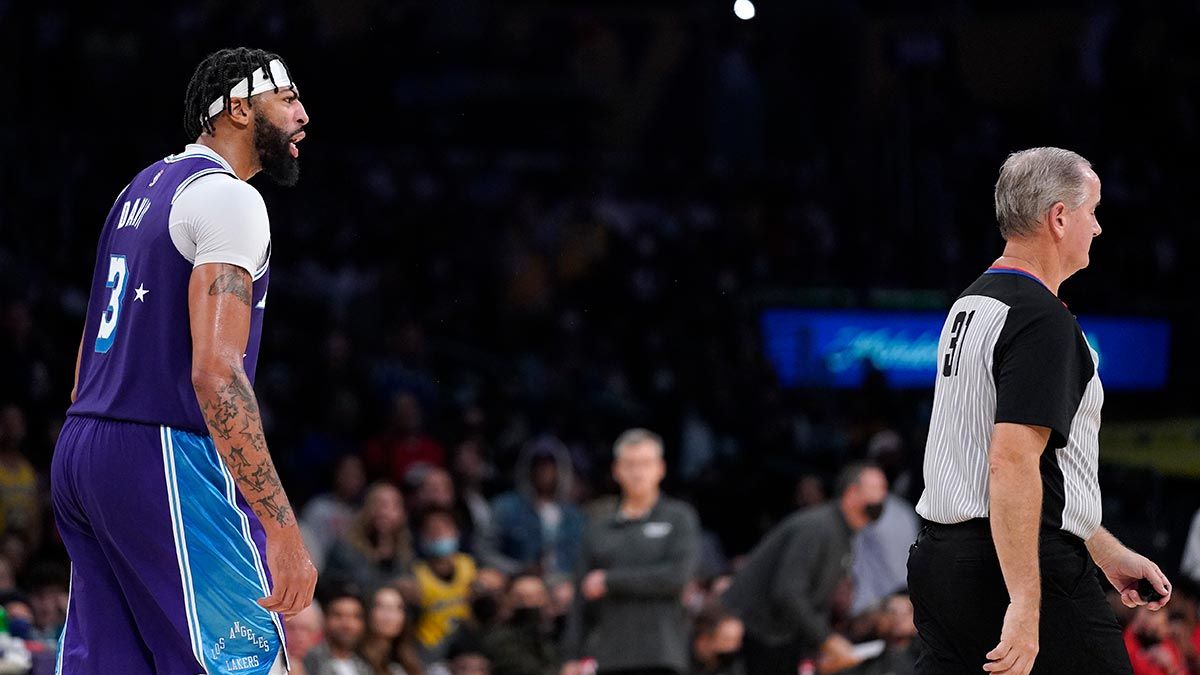 Lakers: Kendrick Nunn is still "a ways away" from his Lakers debut, coach Frank Vogel said. Nunn has a right knee bone bruise. ... Los Angeles played 12 of its first 15 games at home, but will play five road games in eight days before Thanksgiving.

Alex Caruso played 35 scoreless minutes with six rebounds and five assists in his first game against the Lakers since Los Angeles declined to match the Bulls' free-agent offer last summer. Caruso worked his way from the Lakers' G League affiliate to a key role on their 2020 championship team, and the Bald Mamba also became an enormous favorite among the Lakers' worldwide fan base.

Staples Center played a tribute video to Caruso during the first timeout, and he waved to a lengthy standing ovation.

The Bulls put out a starting lineup with two former Lakers, two UCLA products, a USC product and two Los Angeles-area natives. The Lakers had two Chicagoland products in their starting lineup: Horton-Tucker is an Uptown native, and Davis is from the South Side.

Bulls: At Portland on Wednesday.

Lakers: At Milwaukee on Wednesday.