Spurs get a big win ahead of Rodeo Road Trip, rally from 19 down to beat Hornets

San Antonio outscored Charlotte 50-15 during a stretch bridging the third and fourth quarters to win their second straight after losing three in a row.

Jakob Poeltl added 17 points and seven rebounds in 18 minutes for the Spurs.

San Antonio plays its next eight games on the road as the AT&T Center hosts the city's annual Stock Show & Rodeo. 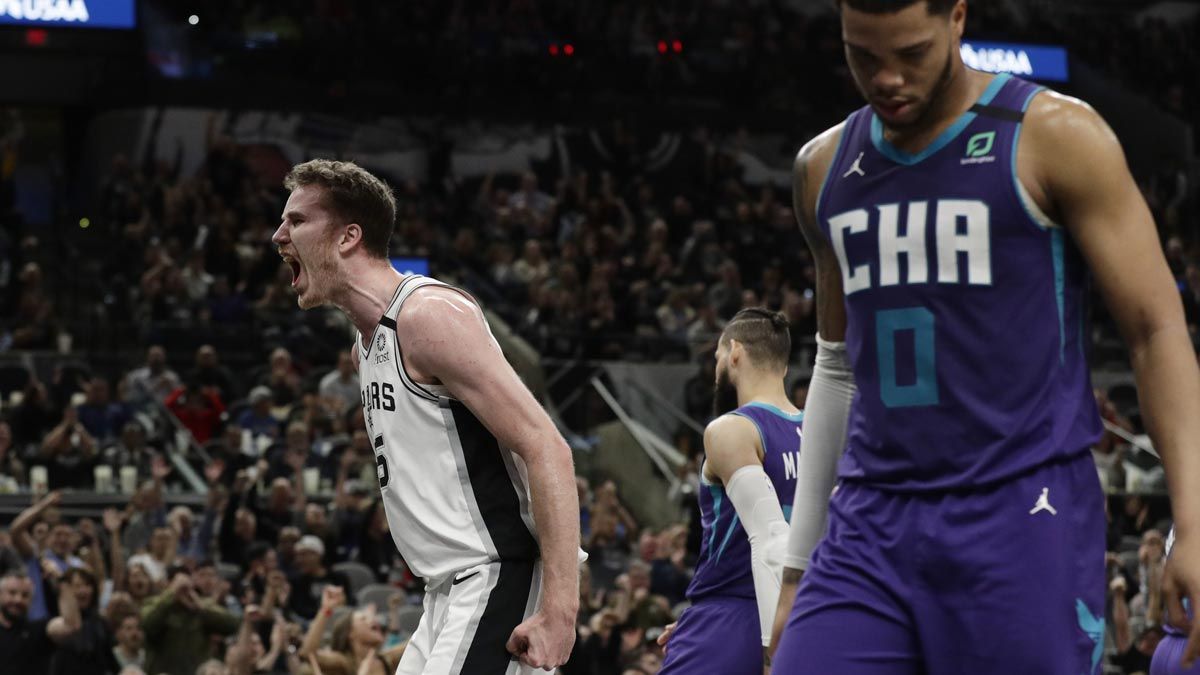 San Antonio went on a 23-2 run in the third quarter, erasing a 19-point deficit with their defense. The Spurs had seven steals and the Hornets committed nine turnovers in the period.

Poeltl ran down an errant pass intended for Willy Hernangomez at midcourt and Eurostepped in the lane for a layup between two defenders to cut the lead to 72-68. Patty Mills had a steal on the Hornets' next possession and tossed the ball upcourt to Derrick White, who completed a three-point play.

DeRozan put the Spurs up 74-72, their first lead since the opening minutes of the second quarter.

Charlotte had 22 points in the paint during the second quarter in grabbing a 63-50 lead. Cody Zeller had two dunks and Devonte' Graham threw down an alley-oop, drawing gasps from the crowd.

Zeller finished with 14 points and 12 rebounds, and Graham had eight points. 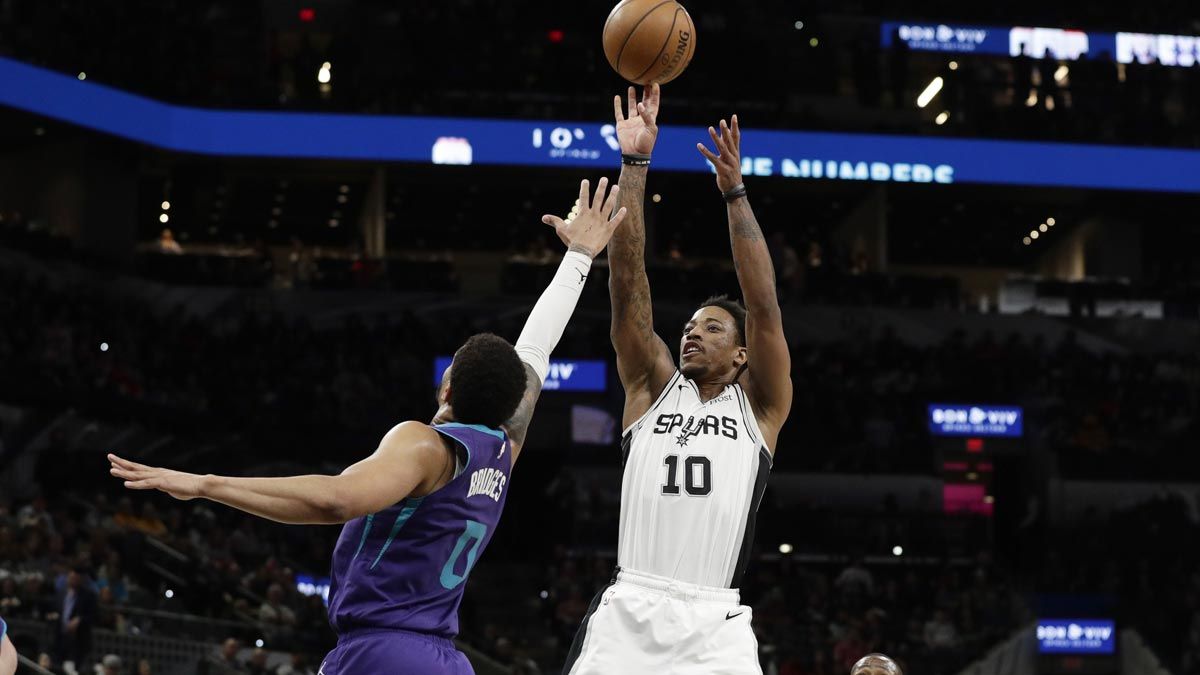 Hornets: Charlotte coach James Borrego received a warm reception when introduced prior to the game. Borrego was a Spurs assistant coach from 2003-2010 and 2015-2018.

Spurs: LaMarcus Aldridge had eight points and seven rebounds in his return from a two-game absence due to a sprained right thumb. ... Poeltl has 75 blocks in 48 games this season, second only to the 100 he had in 82 games with Toronto in 2018.

ONE OF A KIND

Borrego did not foresee Tim Duncan becoming an assistant coach once his playing career was over but said the pairing makes sense given Duncan's selflessness.

Borrego was an assistant for 10 seasons under Gregg Popovich. Duncan joined Popovich's staff this season as an assistant coach after retiring in 2016 as the franchise's leader in numerous categories.

"I have never seen anything like him," Borrego said. "The humility, the transparency. Every loss he took on his shoulders, every win he praised the people around him. That's rare in today's NBA or in sports culture."