Dejounte Murray posts another triple-double as Spurs down Clippers

Jakob Poeltl added 17 points and 11 rebounds, while Doug McDermott scored 16 points as the Spurs improved to 2-1 on their four-game road trip. Murray also had a triple-double in a victory Friday at Utah and now has six triple-doubles on the season.

Paul George had 25 points for the Clippers after missing the previous five games with a sprained right elbow. Ivica Zubac added 12 points and 12 rebounds for Los Angeles, while Terance Mann had 11 points as the Clippers lost for the third consecutive time.

San Antonio had little trouble knocking off the Clippers, just over a month after a 106-92 loss to them, also at Los Angeles. The Spurs won their sixth game on the road, matching their number of home victories.

Murray helped the Spurs take control early with eight points in the first quarter and 17 at halftime as San Antonio took a 62-48 lead. San Antonio pushed the advantage past the 20-point mark at 79-58 on a 3-pointer by Keldon Johnson with 5:02 remaining in the third quarter and led 101-71 with just under 10 minutes remaining.

Johnson finished with 12 points and 12 rebounds, while Derrick White had 15 points for San Antonio. The Spurs outrebounded Los Angeles, 67-43, while holding a 68-44 advantage in points in the paint.

Despite George's return, the Clippers lacked offensive flow without Marcus Morris Sr., who was missing his second consecutive game in the NBA's health and safety protocols. Morris had scored at least 20 points in five of his last seven games. 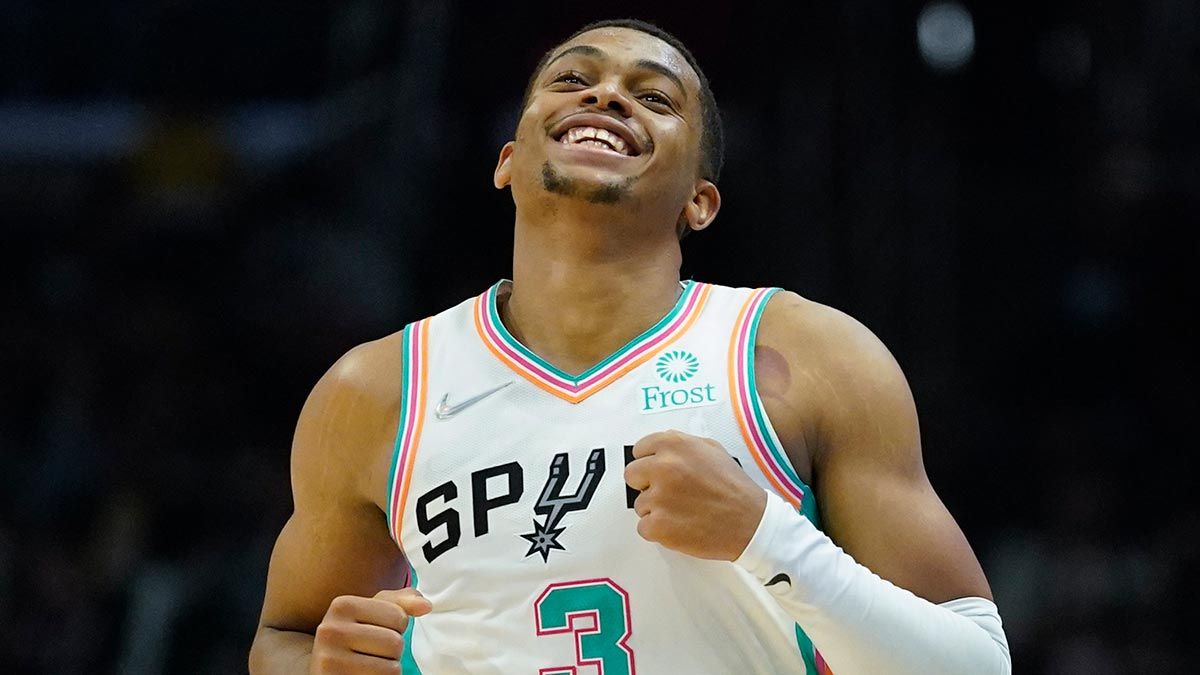 Keldon Johnson posts a double-double of 12 points and 12 rebounds.

Spurs: The 27 points by the Clippers in the first quarter was the first time in four games San Antonio did not allow at least 37 in the opening period. … McDermott was back in the starting lineup after missing Sunday's game at Sacramento because of a tooth infection. … Coach Gregg Popovich reiterated that F Zach Collins will be back at some point after Christmas following foot surgery in the offseason, but could not narrow down a return timetable. Collins has started on-court work but has not resumed practicing with the team.

Clippers: George was not the only player to return as C Serge Ibaka came back from health and safety protocols after missing the previous five games and not playing since Dec. 6. Ibaka had four points in 22 minutes. … Backup C Isaiah Hartenstein was not available because of an ankle injury that occurred late in Saturday's game at Oklahoma City.

Spurs: At the Los Angeles Lakers on Thursday.

Clippers: At the Sacramento Kings on Wednesday.