ATLANTA — DeAndre Hunter's knee surgery is only the latest medical setback that threatens the Atlanta Hawks' efforts to end a streak of three consecutive losing seasons.

The Hawks have been without guard Bogdan Bogdanovic for a month due to a knee injury. Hunter, enjoying a breakout season as the starting small forward, missed four games before Monday's arthroscopic procedure on his right knee. His status will be updated in two weeks.

Atlanta (11-12) will be without the two starters when it plays at Dallas on Wednesday night (Thursday, Manila time).

Hunter has emerged as one of Atlanta's top players in his second season. He is third on the team with 17.2 points per game, adding important scoring balance behind Trae Young and John Collins. 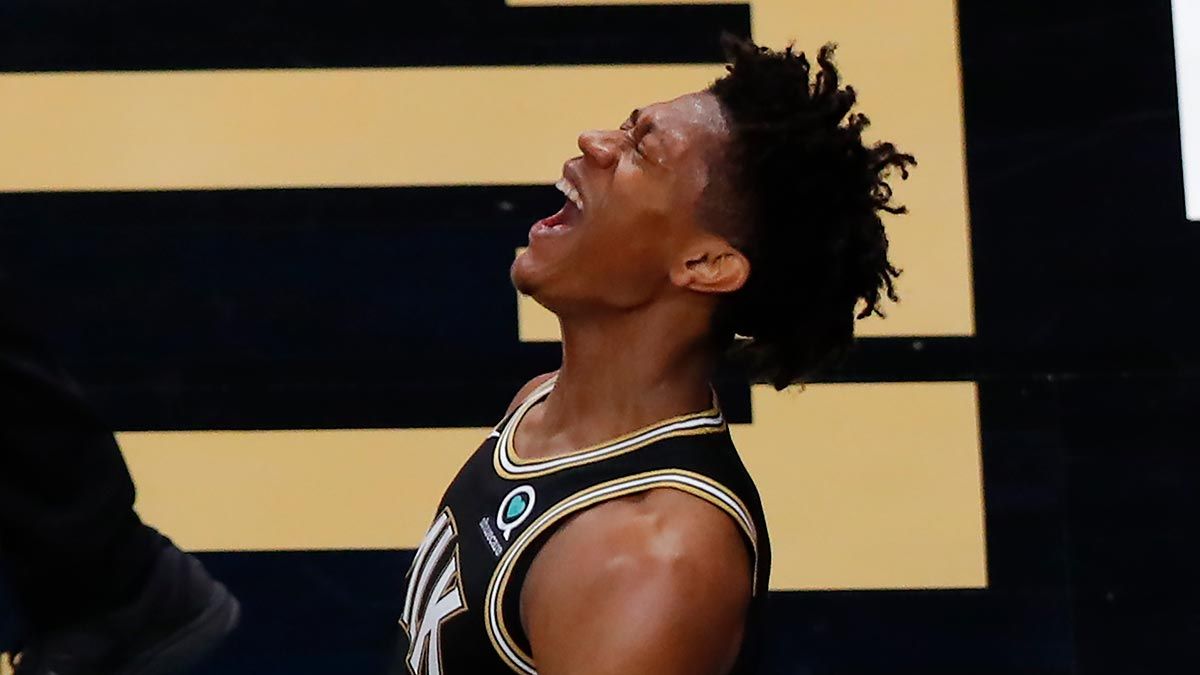 Hunter's breakout has been especially important while the team awaits the return of Bogdanovic, who had been expected to provide scoring punch from the wing before fracturing his right knee.

"We're basically missing our starting 2 and 3," Pierce said on Monday, adding that Gallinari and Okongwu "are just now coming along."

Bogdanovic has shed his knee brace, raising hopes he could return soon.

Another free-agent addition, guard Kris Dunn, hasn't played this season as he continues his recovery from right ankle surgery on Dec. 29.

Bogdanovic, Gallinari, Dunn, Rajon Rondo and Tony Snell were Atlanta's aggressive offseason additions. The aim was to add outside shooting, defense and experience to the foundation of draft picks led by Young, Collins, Hunter, Cam Reddish and Kevin Huerter.

Because of the injuries, the Hawks still don't know how all the new pieces might fit with the young returning players.

"It's been tough," Huerter said. "We're bringing back five or six guys from last year's team that played a lot of minutes and were a big part of that team and adding all the guys we have this year."

The Hawks expected COVID-19 could complicate attempts to establish momentum. Instead, injuries have been the culprit.

"We're still trying to jell," Huerter said. "Obviously there have been a lot of lineups that have not played a lot of minutes together. ... We won't truly know until guys come back and be healthy."

Huerter sank five 3-pointers and scored 19 points as the Hawks snapped a three-game losing streak with their 132-121 win over Toronto on Saturday night.

The Hawks are relying on Huerter, who has scored in double figures in five consecutive games, and Reddish, who has struggled with poor shooting while filling in for Hunter.

Reddish made two of four 3s against Toronto after making only 1 of 16 in his previous four games.

"I don't know if you're going to replace De'Andre," Pierce said. "You just have to have other guys step up and that's what we're looking for."

Hunter's absence only encourages teams to double-team Young, forcing the Hawks to look elsewhere for scoring. Dallas successfully used that strategy in its 122-116 win at Atlanta on Feb. 3. Only a late surge allowed Young to score 21 points. He leads the team with 26.7 points per game.

"We'll pick it up," Huerter said. "We'll find it somewhere else. Guys will fill in. Obviously we want (Hunter) back as soon as possible."