Seth Curry scored 19 points and Tobias Harris added 17 for the Eastern Conference-leading Sixers, who have won 10 of 11 overall and seven of eight without injured All-Star Joel Embiid.

Green hit six 3-pointers in the first 2 1/2 quarters and added a game-clincher with 30.4 seconds to play in the type of superb shooting performance he rarely achieved during his sole season with the Lakers. The veteran started 68 regular season games and all 21 playoff games for Los Angeles but averaged only 8.0 points as a three-and-D swingman.

Green received his championship ring from the Lakers before the game along with Dwight Howard, who then got ejected after the first quarter. 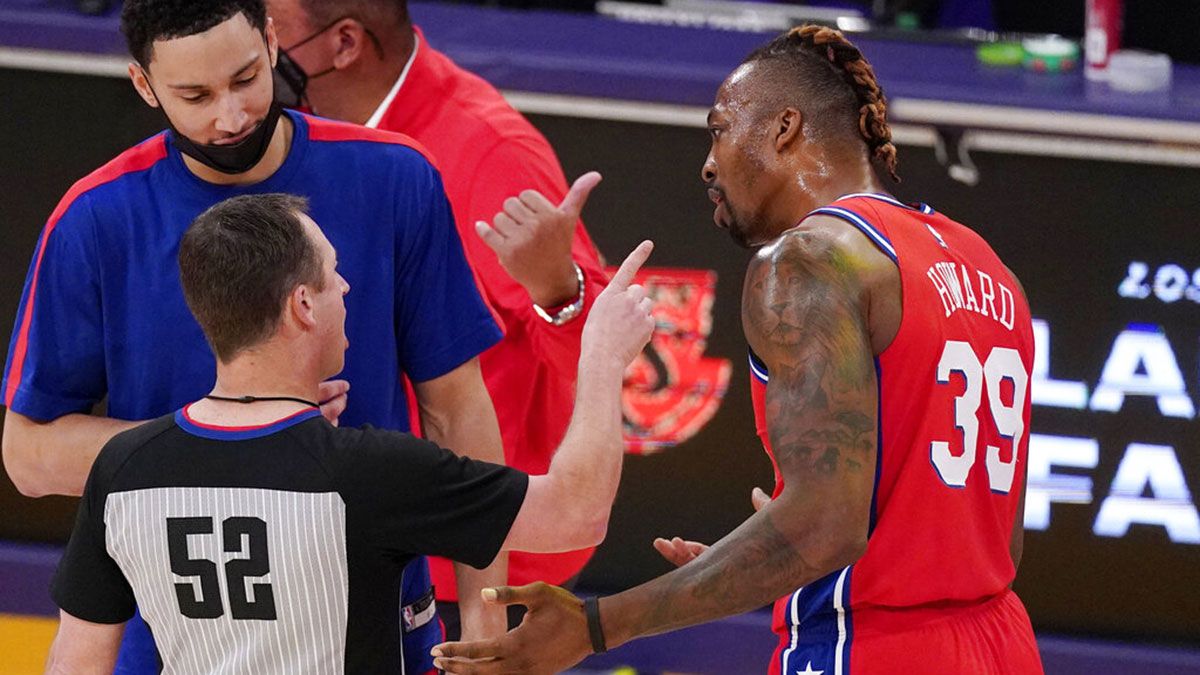 The Lakers traded Green in the offseason to acquire Dennis Schröder, who had 20 points and a season-high 11 assists in Los Angeles' fourth consecutive loss.

Playing without superstars LeBron James and Anthony Davis, the Lakers are on their second four-game skid since mid-February.

Los Angeles got within three points in the final minute before Green beat the shot clock with a sideline 3-pointer to ice it.

Howard's ejection prematurely ended his first game back at Staples Center since winning his first NBA championship. The journeyman center scored six points in the first quarter but was called for two separate technical fouls related to his lively battle in the paint with Harrell, who was on the receiving end of the bump that led to Howard's ejection.

Marc Gasol had five points in his first game for the Lakers since February following a nine-game absence under the NBA's health and safety protocols.

76ers: They acquired George Hill from Oklahoma City and Ignas Brazdeikis from New York in a three-team trade, parting with Tony Bradley, Terrance Ferguson, Vincent Poirier, the rights to Emir Preldžić and a slew of draft picks. Hill is averaging 11.8 points per game for the Thunder with 38.6% 3-point shooting. ... Curry returned from a three-game absence with an ankle injury.

Lakers: The team played a tribute video and held a pregame moment of silence for Hall of Famer Elgin Baylor, who died Monday. ... Davis' calf injury is expected to be re-evaluated this weekend. He has missed 17 straight games since Feb. 14.

The Lakers had a few dozen fans in the Staples Center stands for the first time this season after getting permission from the Los Angeles County Health Department to welcome no more than 50 people. The fans mostly watched quietly.

76ers: At Clippers on Saturday.