Utah was prepared to enter next season with Quin Snyder at the helm until the head coach unexpectedly stepped down after eight seasons. The two sides had recently discussed an extension with Snyder, who still had two years left on his contract. They did not reach an agreement before Snyder decided to step away.

"We have spent the last few weeks talking, Quin and I, a lot about a lot of different things. And I think it's pretty clear, we desperately wanted him to stay," team CEO Danny Ainge said during a news conference Monday (Tuesday, Manila time), a day after Snyder announced he is leaving. "And at the same time, I've walked away from coaching and I walked away from being a general manager after 18 years in Boston, and so I trust that Quin knows more what's best for him and his family, much more than we do."

Snyder went 372-264 with the Jazz, his winning percentage of .585 ranking as 18th-best among NBA coaches who have worked for at least that long. He's one of only two coaches to have a winning record with the Jazz, Jerry Sloan being the other. The regular-season success under Snyder never translated to the playoffs. The Jazz were 21-30 in postseason games under him.

Ainge will now undertake his third coaching search as an NBA executive.

He hired Doc Rivers and Brad Stevens during his 18-year tenure in the Celtics front office. Rivers led Boston to an NBA title in 2008 and returned to the NBA Finals in 2010. Stevens led the Celtics to the Eastern Conference finals three times in four seasons before succeeding Ainge in the front office.

"There's a lot of names I know and I'm familiar with in the coaching world," Ainge said. "This will be much different than the two previous and probably more thorough."

Team owner Ryan Smith said there is no timetable for making a hire. The team is not feeling pressure to finish the search before the upcoming NBA draft. 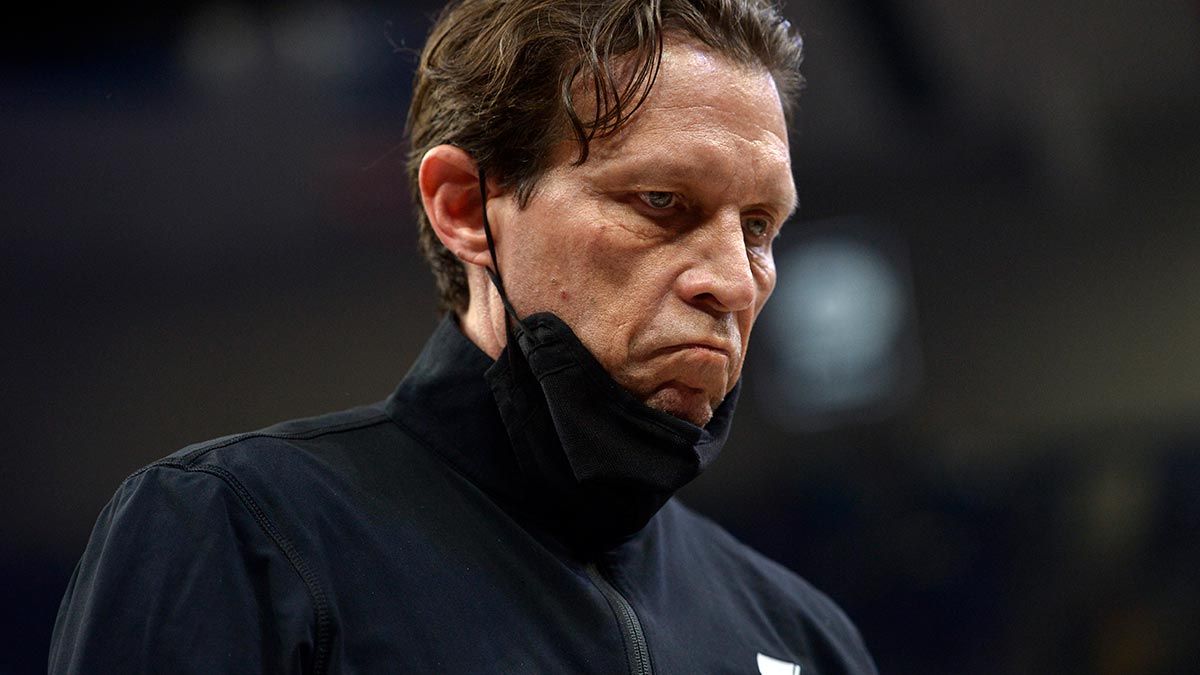 The Jazz were 21-30 in postseason games under Quin Snyder.

Whoever succeeds Snyder will be Utah's fourth head coach in 34 seasons. The Jazz have had just six head coaches since moving to Salt Lake City from New Orleans in 1979.

Smith's ideal successor will be a coach capable of building on the foundation Snyder laid rather than doing a complete rebuild.

"There's not really a playbook when it comes to this," Smith said. "I'm super fortunate to be in an organization that Quin has helped build up. He's left this organization a heck of a lot better than he found it. But more than that, he's built a foundation that we can go build from."

Though Ainge said he knows Snyder is "going to be coaching somewhere else in the near future, next year probably," Snyder declined to say how soon he plans to take on another coaching job.

"That hasn't been on my mind at all. Just been focused on this," Snyder said. "I don't know what I'm going to do next year as far as coaching next year or anything along those lines."