Lillard and Carmelo Anthony each had 22 points for the Blazers, who kept it close most of the way after the Warriors jumped out to an early lead.

After a 3-pointer by Lillard tied it 103-all, Draymond Green's triple put the Warriors in front with 1:43 to go.

Lillard made free throws to get Portland within a point, then hit a 29-footer to give the Blazers a 108-106 lead with 13.7 seconds left. He took a charge from Green, which prompted an unsuccessful challenge by Golden State, and Portland won its second straight after a four-game losing streak.

The Warriors were without Kelly Oubre Jr. because of a sprained wrist. Oubre, who is averaging 15.5 points and 5.9 rebounds per game, was injured in practice Tuesday. Kent Bazemore made his first start of the season in Oubre's place.

All eyes were on the matchup between Lillard and Curry, who are among the NBA's top scorers. Lillard went into the game ranked third in the league with 29.6 points per game, just ahead of Curry at 29.5. Washington guard Bradley Beal tops the list with 32.9.

The Warriors took a 15-2 lead on Green's layup. Portland chipped away, tying the game at 26 before the end of the opening quarter on Rodney Hood's 3-pointer. Curry had 16 points in the period and 23 for the half.

Hood's floater gave Portland a 30-29 lead early in the second quarter, but the Blazers were unable to pull away and Golden State led 56-55 at halftime.

The teams battled for the lead the rest of the way. Anfernee Simons gave Portland an 87-84 lead with a 3-pointer early in the final quarter. The game got heated at times down the stretch, with Portland's Gary Trent Jr. and Juan Toscano-Anderson exchanging words.

The Blazers were coming off a 123-11 victory over the Charlotte Hornets on Monday, while Golden State was coming off a 117-91 loss at the Los Angeles Lakers on Sunday. 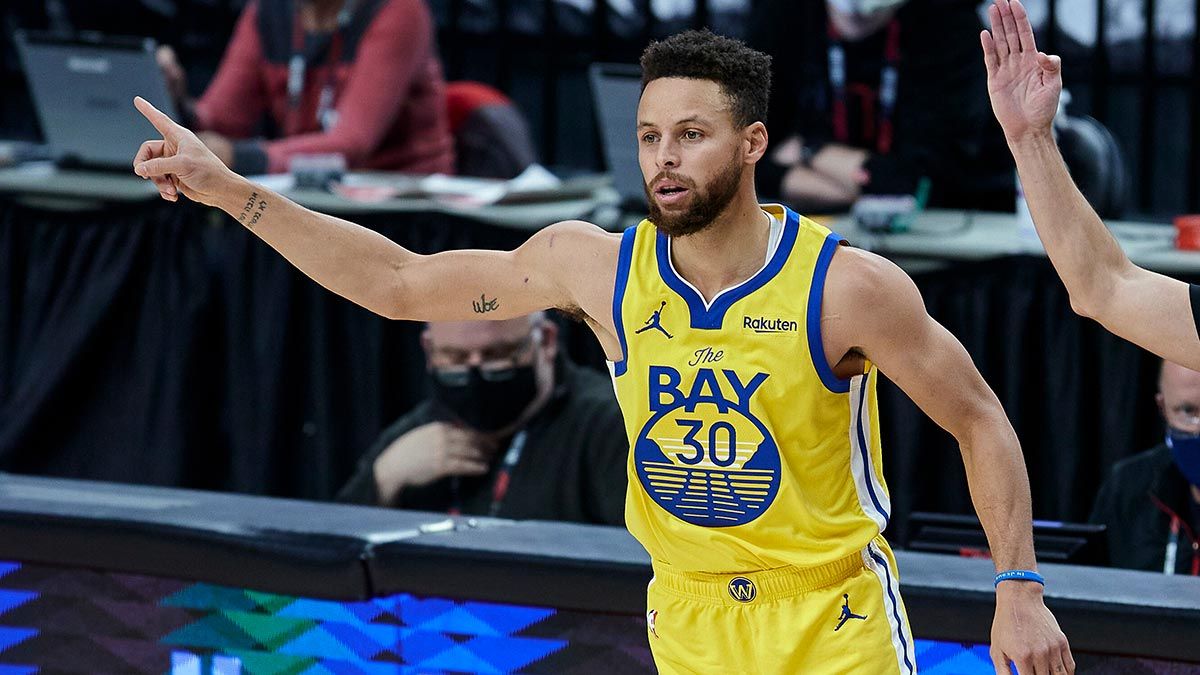 Warriors: Rookie second-round draft pick G Nico Mannion along with G Jordan Poole arrived in Portland a day ahead of the team after being promoted from the G League Santa Cruz Warriors and went through their COVID-19 testing protocols to join the team, participating in Wednesday's morning shootaround. "Those guys are ready to hoop, you guys been watching them?" second-year guard Mychal Mulder asked earlier in the day. ... Rookie C James Wiseman and Mulder were named to the NBA Rising Stars roster as part of All-Star festivities.

Trail Blazers: It was the third and final meeting between the teams this season. They split the previous two, with Portland winning the first and the Warriors winning the second — powered by Curry's 62 points. ... The game could have tiebreaker consequences down the line in the tight Western Conference standings. Portland is 9-9 against West opponents.

These teams know each other's ins and outs by now given all the important matchups in recent seasons — and, of course, they have Curry and Lillard dominating from long distance at every chance.

"The similarity lies in the fact Steph and Damian are just two of the greatest shooters the league has ever seen," Warriors coach Steve Kerr said. "They both extend their range out to the logo, so that changes the way you have to guard us and that you have to guard Portland. ... We've seen them a lot over the years. They have a pretty unique style. I really have a lot of respect for Terry (Stotts) and the way they play. Obviously we're pretty unique as well but we're built differently beyond those two superstar point guards."

The Warriors visit the Phoenix Suns on Thursday night before the All-Star break.