PORTLAND, Oregon — Damian Lillard struggled at the start but warmed up to finish with 22 points and 10 assists, rallying the Portland Trail Blazers to a 112-107 victory over the Chicago Bulls on Wednesday night (Thursday, Manila time).

Jusuf Nurkic added 18 points and 12 rebounds for the Blazers, who trailed by 20 in the first half.

Zach LaVine had 30 points and DeMar DeRozan added 22 for the Bulls, who had won four of five.

Portland closed to 85-81 going into the final quarter and the teams wrestled for the lead down the stretch.

Lillard's 3-pointer put Portland in front 102-98 and Nurkic dunked to extend it.

Lonzo Ball's layup with three minutes to go narrowed the gap to 104-102. Lillard answered with a basket, but LaVine's 3-pointer made it a one-point game and his layup put Chicago back on top 107-106.

Lillard made free throws and Portland reclaimed the lead. After LaVine missed a 3-pointer on the other end, Larry Nance Jr., who was fouled under Chicago's basket, made a pair of free throws with 12 seconds left to put Portland up 110-107.

The Moda Center crowd chanted "Larry! Larry!" and the Bulls couldn't catch up.

Lillard (abdomen) and Norman Powell (left ankle) were both questionable for Portland going into the game, but started. Powell finished with 18 points.

DeRozan has been on a tear this season, averaging 26.9 points a game to rank fourth in the NBA. He averaged 35.5 points in Chicago's past two games, against the Clippers and Lakers.

His 3-pointer put the Bulls up 55-41 before LaVine scored on a pull-up jumper and Chicago went on to lead 63-48 at the break.

Nance Jr.'s 3-pointer pulled the Blazers within single digits at 76-67 with just under five minutes to go in the third quarter.

Powell hit a 3-pointer from the corner and Lillard added a driving layup before Powell made another 3 to get the Blazers as close as 79-75.

Lillard was cold at the start, going 1 for 6 from the field in the opening half. The six-time All-Star has averaged just 20.3 points this season, after finishing last year with an average of 28.8.

Portland was coming off a victory over the Raptors at home after a 1-3 road trip. 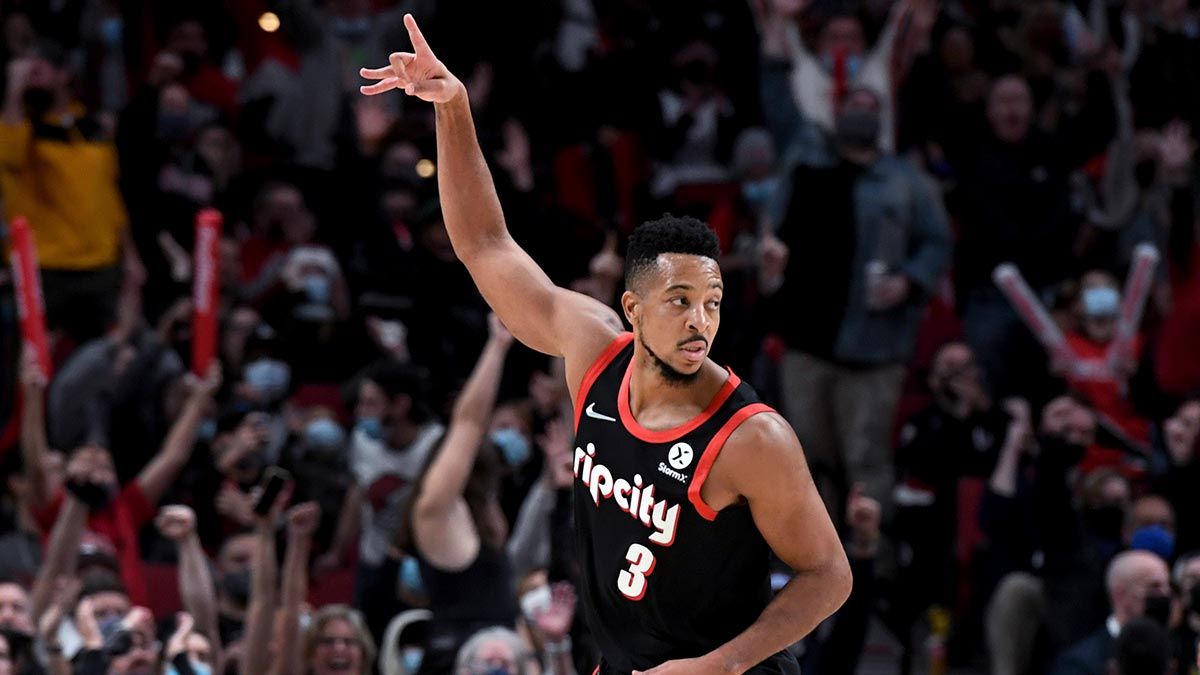 Bulls coach Billy Donovan said Nicola Vucevic, who missed his fourth game after testing positive for COVID-19, has not yet entered the league protocol's cardiovascular testing phase. Vucevic entered the protocol on Nov. 11. Vucevic had five double-doubles in his last six games before testing positive. Overall he's averaging 13.6 points and 10.9 rebounds this season.

Bulls: Wednesday's game was the fourth of a five-game road trip. ... LaVine and DeRozan have each scored 20 or more points 12 times this season.

Trail Blazers: Portland split the series with the Bulls 1-1 last year, with both teams collecting road wins. ... Lillard became the franchise leader for made free throws in the first half, surpassing Clyde Drexler.

The Bulls wrap up their road trip at Denver on Friday night.