Lillard scored 30-plus points for his sixth straight game, a franchise record.

CJ McCollum had 22 points and Trevor Ariza, playing in just his third game as a Blazer after a trade with Sacramento, matched his season high with 21. Portland led by as many as 20 points in the second half.

The crowd roared at the Moda Center and gave Lillard a standing ovation when he got his final rebound with just under a minute left.

Russell Westbrook led the Rockets with 39 points, extending his streak of games with 20-plus points to 21, and 10 rebounds. Harden, who was leading the league with 36.1 points a game this season, had 18. 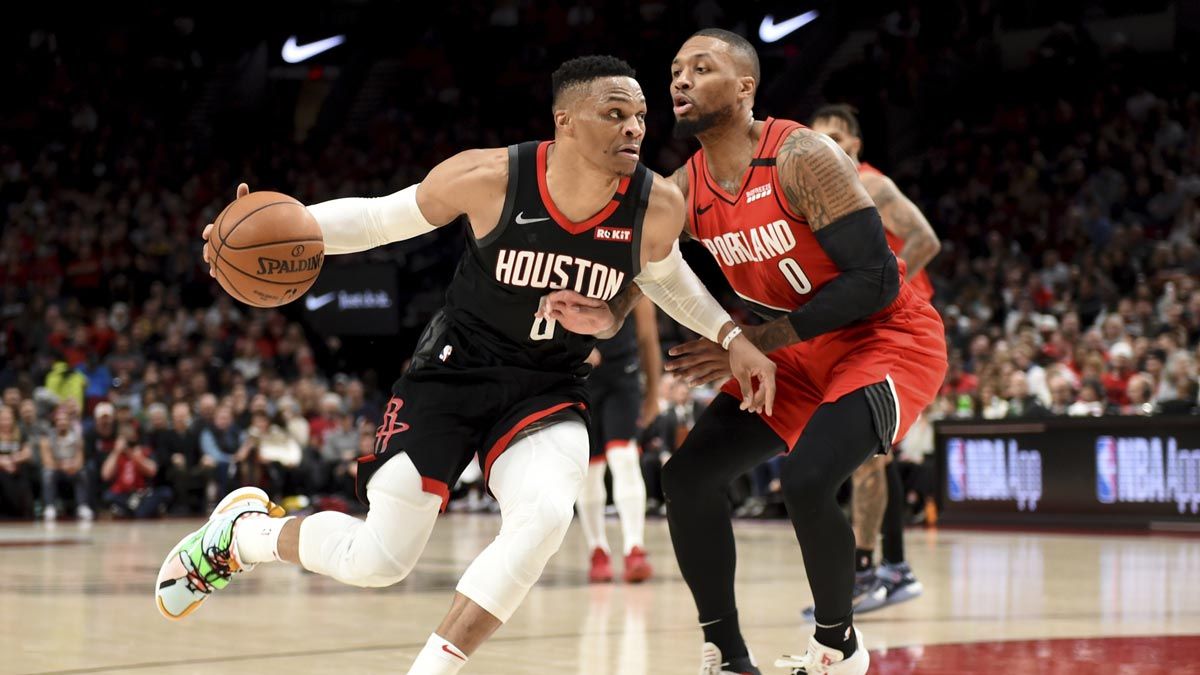 Harden was questionable for the game but started after missing two games with a thigh contusion. Clint Capela missed Monday's game against the Utah Jazz because of a right heel contusion, as did Westbrook, who was rested. With three starters missing, Eric Gordon took over and scored 50 points in the 126-117 win in Utah.

Earlier this month, the Rockets fell at home to the Blazers 117-107. Lillard had 25 points in the victory.

Lillard was the reigning Western Conference Player of Week after averaging 52.7 points and 9.3 assists last week. He set a franchise record for points when he scored 61 against Golden State.

Danuel House Jr., had a 3-pointer that gave the Rockets an early 16-8 lead, but Portland's 8-0 run, capped by Lillard's layup and free throw, closed the gap.

Already beset by injuries this season, Portland got a scare in the opening quarter when center Hassan Whiteside was kneed and went to the locker room. He returned to the game.

Portland closed the half with dunks by Ariza and Whiteside to take a 71-60 lead into the break. Lillard led all scorers with 25 points, while Westbrook had 19.

McCollum's wide open 3-pointer midway through the third quarter gave the Trail Blazers an 83-67 advantage. Lillard's 3-pointer from just inside the pinwheel logo at midcourt made the lead 97-82. 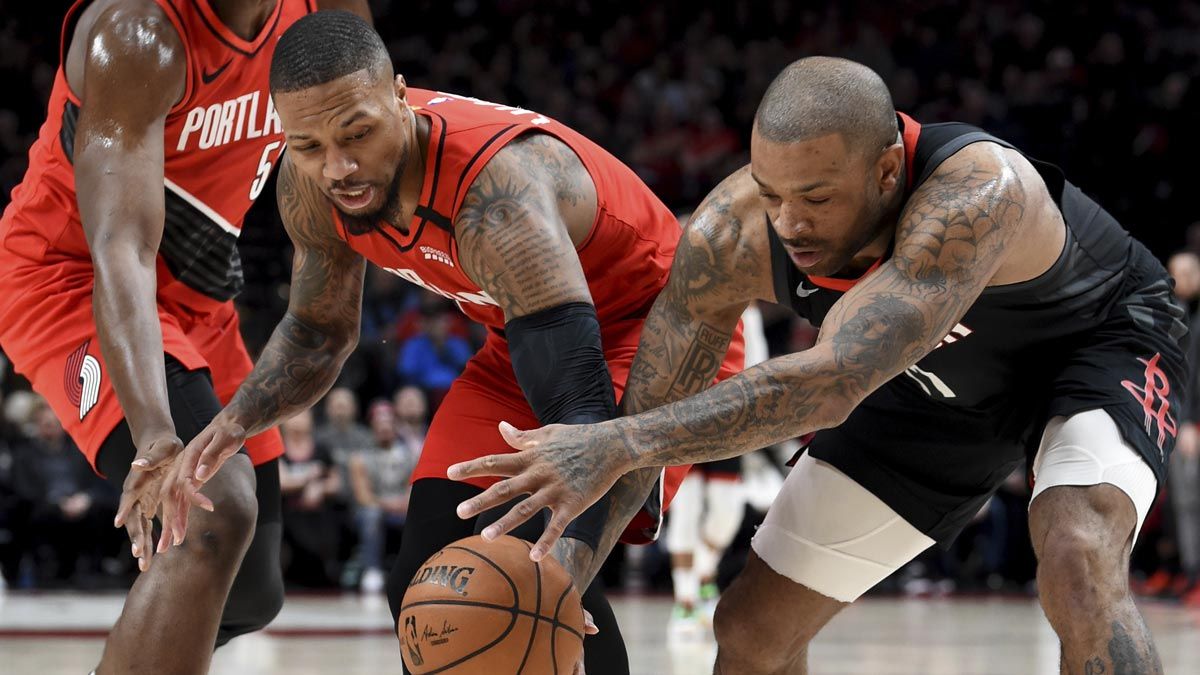 Rockets: Houston's coaching staff wore Kobe Bryant Nikes for the game. It was the last of four road games in six nights for the Rockets. ... Harden and Westbrook were averaging 20-plus points this season, a first for the Rockets since Yao Ming and Tracy McGrady in the 2007-08 season.

Trail Blazers: Visit Los Angeles on Friday for the Lakers' first game since the death of Kobe Bryant.