Mavericks overcome Luka Doncic frustrations to get past Wolves

DALLAS — Dwight Powell had 24 points on 9-for-9 shooting from the field, Jalen Brunson ignited a fourth-quarter rally with 14 of his 16 points in the period and the Dallas Mavericks beat the Minnesota Timberwolves 121-114 on Wednesday night (Thursday, Manila time).

Powell and Brunson both had season highs as the Mavericks overcame a subpar outing by Luka Doncic to win for the ninth time in 10 games. 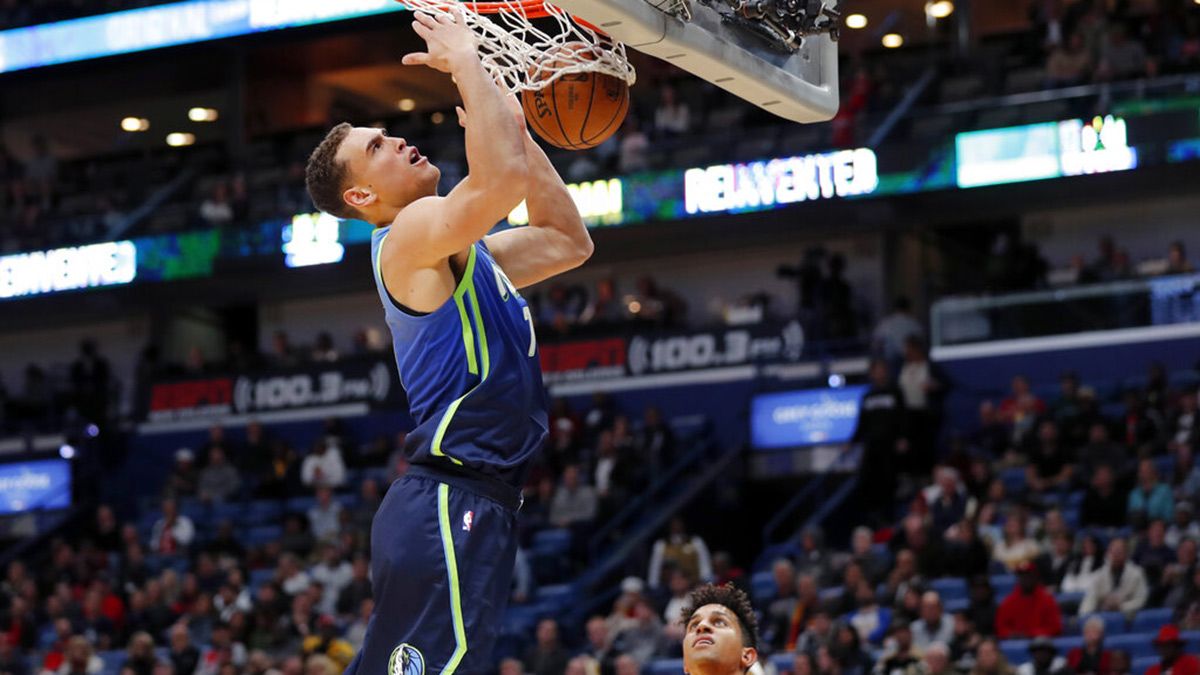 Doncic finished with 22 points, seven rebounds and six assists after picking up a technical foul in the third quarter and seeing his team rally with most of its starters on the bench.

The Mavericks made just four of their first 27 3-point attempts but hit five in a row in the fourth quarter. Brunson's 3 with 7 minutes left gave Dallas a 94-93 lead and Justin Jackson hit another 23 seconds later to extend the advantage to four.

Maxi Kleber and Brunson extended Dallas' success, the latter making it 103-98 with 5:21 to play. Brunson then fed Doncic for his first 3 of the game, with Doncic looking skyward in a show of relief.

Karl-Anthony Towns and Andrew Wiggins had 26 points apiece for the Wolves, and Robert Covington added 22.

Doncic is currently riding a streak of 17 consecutive games with at least 20 points, five rebounds and five assists. That tied Russell Westbrook's streak as the second-longest since the ABA-NBA merger (1976-77). Only Michael Jordan (18 games in 1988-89) has a longer streak.

But coming off a 33-point, 18-rebound performance Tuesday night in New Orleans, the second-year player spent most of the first half looking frustrated, both by his own 0-for-6 3-point shooting as well as points of disagreement with the officials. That frustration finally boiled over when he given a tech with 2:26 remaining in the third.

The Wolves built a 73-62 lead early in the third quarter, thanks to Towns scoring 11 in the first 4:08 of the quarter. Dallas answered with a 10-0 run capped by back-to-back dunks from Powell. But Towns answered with a 3 at the other end and Minnesota maintained its lead until the end of the period.

Dallas led for the entire first quarter on the strength of Powell's 11-point, 5-for-5 shooting performance. The Mavs led by as many as 13 in the first half.

Timberwolves: Forward Jake Layman remains out with a sprained big toe on his left foot. Coach Ryan Saunders said Layman was not with the team as it begins a four-game trip and didn't have a timetable for his return.

Mavericks: Powell's 14 first-half points were a career high in a half for the sixth-year center and he finished just two short of his career high after leaving the game midway through the fourth quarter with a wrist injury.