PHILADELPHIA — Joel Embiid had 45 points and 16 rebounds, Dakota Mathias' only basket of the game was a go-ahead 3-pointer with 26.1 seconds left and the Philadelphia 76ers hung on to beat the undermanned Miami Heat 137-134 in overtime on Tuesday night (Wednesday, Manila time).

Embiid had one of the great games of his career and carried the Sixers with a perfect third quarter and clutch buckets in OT to put them on the brink of victory. 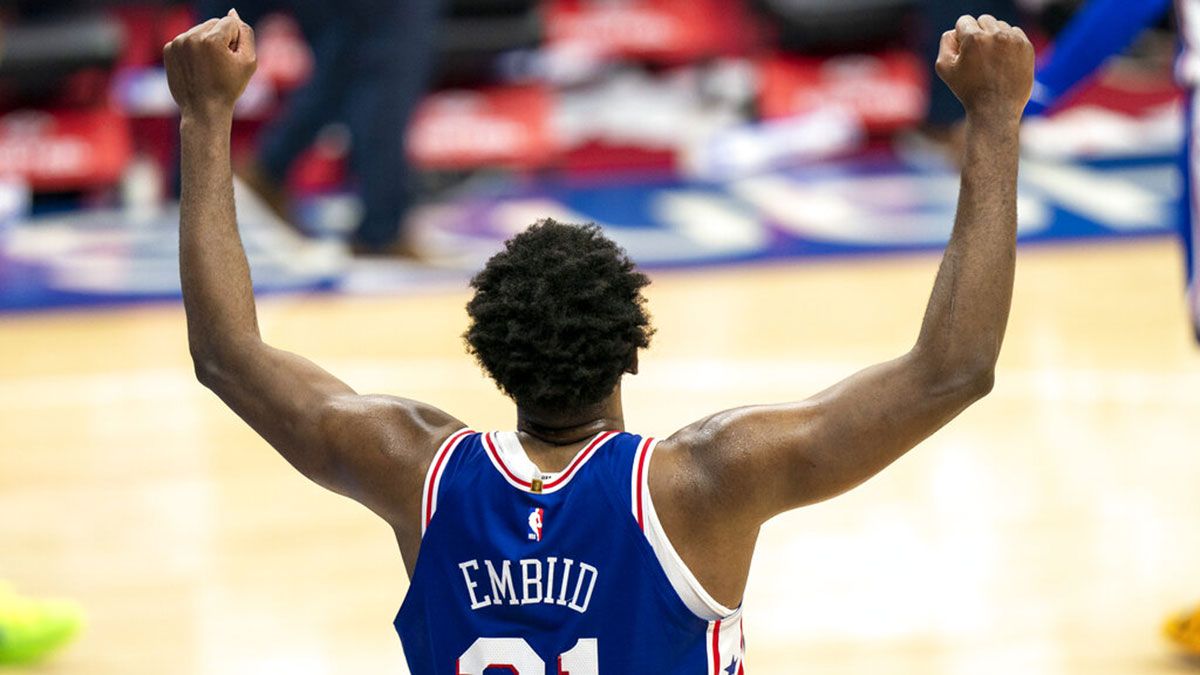 It was little-known Mathias with the stunner that won it. Mathias, who went undrafted in 2018 and signed this season with the Sixers as a two-day G League player, got the ball from the top of the arc and buried it for the 134-132 lead.

With Jimmy Butler, Bam Adebayo and Goran Dragic among the Heat sitting out for COVID-related reasons, they pushed the Sixers into OT with a mad-dash end to the fourth. Tyler Herro helped the Heat overcome Embiid's dominant effort when his 3-pointer tied the game 115-all with 2:25 left. Precious Achiuwa scored two straight baskets -- the first off Philly's shot clock violation, then off a turnover -- for a 119-115 lead.

Embiid buried the pull-up jumper just inside the 3-point arc with 3.3 seconds left that tied it 120-120 and sent the game into overtime. It was his only bucket of the fourth after he made all eight shots in the third.

Embiid's go-ahead three-point play with 2:37 left in OT put the Sixers up 126-124, and Herro matched his regulation theatrics with another tying 3 for 129-all.

Herro finished with 34 points, Duncan Robinson had 26 and Gabe Vincent 24.

The game otherwise belonged to Embiid.

Embiid picked up the slack in the third quarter after scoring just 10 points in the first half to help the Sixers snap a two-game losing streak.

He smacked the ball away under the basket to break up a Miami possession, then hustled down to hit Isiah Joe for a 3 and cut the hole to four. Embiid followed that by shaking off a double team and tossing an underhand shot for the basket. He made the free throw and Sixers were down one. Embiid made it back-to-back three-point plays when he got the Heat to bite on a pump-fake from the free-throw line.

The big man even handled the rock with ease and went the length of the floor to hit a little fadeaway and extend the lead.

Heat: F/C Meyers Leonard sat out with a strained left shoulder. ... The Heat continued to struggle with roster issues after their game Sunday against Boston was postponed because they couldn't field the minimum number of players.

76ers: Coach Doc Rivers said Ben Simmons had to be summoned back to New York after he tried to return to Philadelphia when the team needed to stay an extra day for additional COVID-19 testing. "Obviously, that night we were all in disarray, a bunch of guys were ordering cars, because we all did think we could go back home," Rivers said. "Ben was on his way, I called him and told him he couldn't because of league protocols, and he just turned around and came back." Simmons had five points, 12 assists and fouled out. ... Dwight Howard moved into 13th on the NBA's career blocked shots list.

The Heat stay in Philly and finish the two-game set on Thursday night.
___