PORTLAND, Oregon — Stephen Curry had 18 points and 14 assists and the Golden State Warriors returned from the All-Star break to rout the Portland Trail Blazers, 132-95, on Thursday night (Friday, Manila time).

Klay Thompson also had 18 points for the Warriors. They lost four of their last five before the break.

The Warriors led by 37 points in the second half and rested their starters in the fourth quarter.

Anfernee Simons had 24 points for Portland. The Trail Blazers had won four in a row.

Gary Payton II started for Golden State although he was questionable going into the game because of a shin injury. Like his dad, Payton played at Oregon State and received a warm ovation from Portland fans during introductions.

Portland announced a day earlier that center Jusuf Nurkic would be out for at least the next four weeks because of plantar fasciitis. The injury was the latest blow to the Blazers, who are short-handed without star Damian Lillard following an abdominal procedure.

Portland coach Chauncey Billups started Drew Eubanks — who also played at Oregon State — at center. Eubanks, in his fourth NBA season, went to Toronto as part of the Goran Dragic trade with San Antonio at the deadline and was later waived. He signed a 10-day contract with Portland on Tuesday.

Golden State pushed the lead to 20 points and went into the break ahead 70-57. Curry had 18 points and 13 assists for his sixth career double-double before halftime, and first since December 2017. 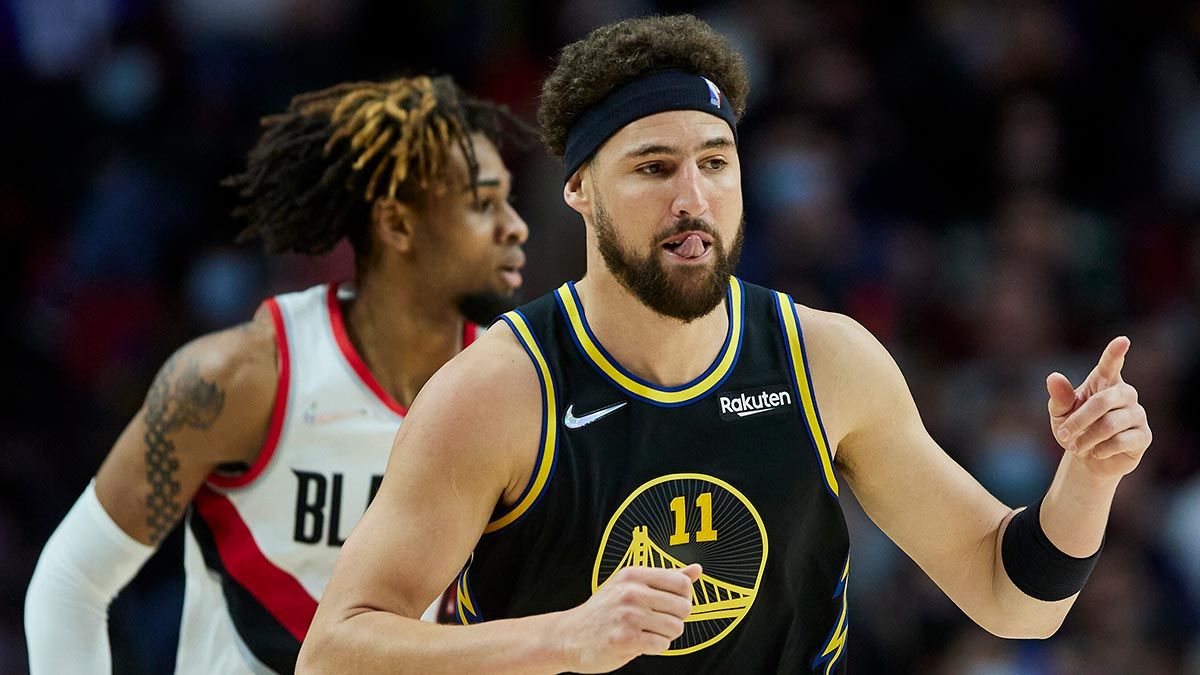 In addition to the Oregon State ties on both sides, there was also a Washington State connection between Thompson and Portland's CJ Elleby — and former Cougars quarterback Gardner Minshew, who was among the fans at the game.

Warriors: Kerr said before the game that Thompson is still on a 30-minute restriction. ... Curry extended his streak of at least one 3-pointer to 180 games. ... Golden State also won the first two of the three-game series with the Blazers.

Trail Blazers: All five of Portland's starters in the season opener are either injured for the long-term (Lillard, Nurkic) or traded (CJ McCollum, Robert Covington, Norman Powell). The Blazers made just nine 3-pointers in 35 attempts.