Curry, who recorded his third straight 30-point performance to start the season, scored 21 points in the second quarter with five 3-pointers and shot 11 for 22 overall, including 7 of 12 on 3s. The reigning NBA Finals MVP helped Golden State to its third-most points in any half in franchise history and second-most in a first half. The Warriors' 50 points in the second quarter were a franchise record and matched the third-most points in any period.

Sacramento cut a 26-point deficit down to four on Chimezie Metu's dunk with 1:04 left before Golden State held on.

Andrew Wiggins added 24 points with a driving slam to beat the final buzzer and Jordan Poole also scored 24 as the Warriors shot 51.7 percent. Klay Thompson was held to eight points on 3-for-10 shooting.

De'Aaron Fox scored 26 after two 30-point games and Domantas Sabonis contributed 19 points and 14 rebounds, but didn't play in the fourth for winless Sacramento (0-3) in the second night of a back-to-back. The Kings, who lost 111-109 at home to the Clippers on Saturday night, attempted 100 shots Sunday.

Brown, in his first year as Kings coach, received his championship ring in a pregame ceremony on the court along with Sacramento assistant Leandro Barbosa, who also was part of the Warriors' fourth title in eight years. 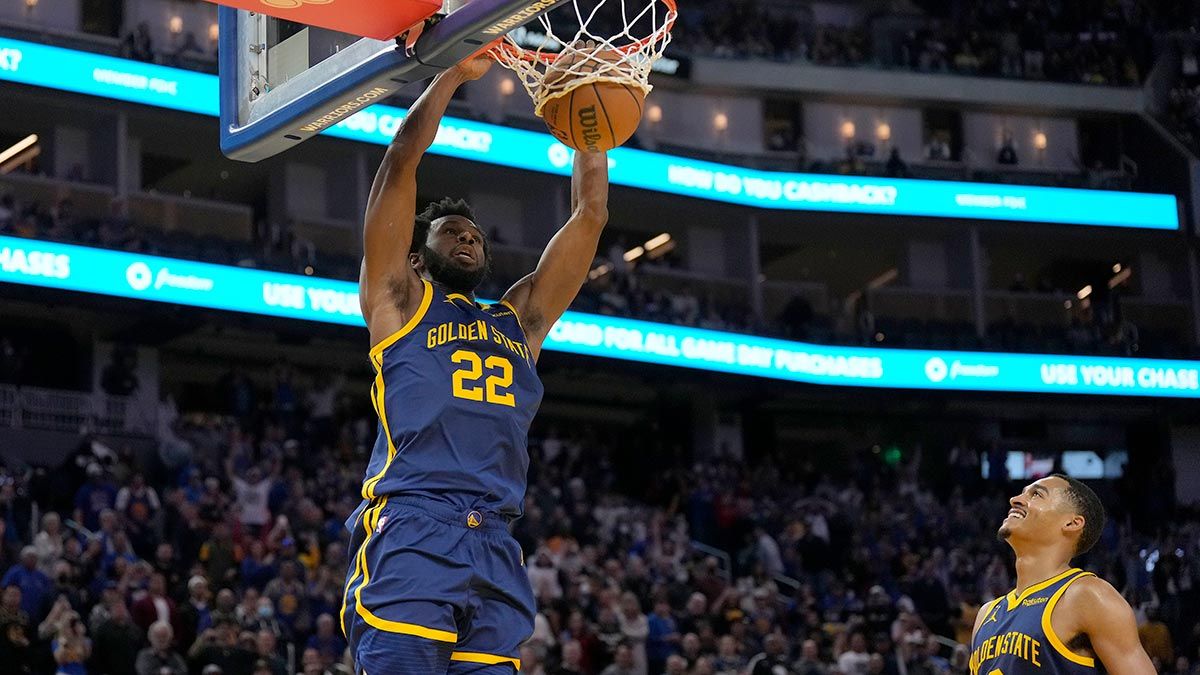 Brown came down the hallway from the visiting locker room and snuck up on Warriors coach Steve Kerr, then they chuckled and hugged.

The 52-year-old Brown filled in for Kerr for three playoff games last spring when Golden State's coach had COVID-19. Brown also went 11-0 guiding the Warriors through postseason games during the team's 2017 title run while Kerr was out dealing with debilitating symptoms stemming from complications of back surgery. Kerr returned for Game 2 of the NBA Finals that year.

"Mike is brilliant. He's just got so much energy, so much love for the game, love for his job, for his work," Kerr said. "He brings his enthusiasm every single day and that's what we enjoyed so much over the last five, six years, however long he was here, and he and I were really a perfect pair. He sort of covered up for my weaknesses and complemented me really well. I just loved being around him. Thrilled for him. It's a great opportunity."

Warriors: The Warriors have seven 50-point quarters. The franchise record for a half is 92 points on Oct. 29, 2018, at Chicago .... Thompson logged his 350th career block. ... F Andre Iguodala missed his third straight game to start the season as the Warriors stay cautious with his nagging left hip.

Warriors: At Phoenix on Tuesday.