Paul is now third in NBA history with 10,346 career assists, passing both Mark Jackson and Steve Nash. The 36-year-old shook off a slow start with a vintage performance in the second half, when he scored all of his points and dished 10 assists.

Little-used reserve Frank Kaminsky added 17 points and four steals, and JaVale McGee had 18 points and five rebounds. The two big men were particularly good as the Suns regained control of the game in the second half.

The Pelicans led by as many as 20 points in the first half, but that advantage was cut to 65-62 by midway through the third quarter. New Orleans took an 82-76 lead into the final quarter.

The Pelicans took a 36-22 lead in the first quarter after making 6 of 10 3-pointers and forcing eight Suns turnovers. New Orleans had a 59-48 lead at halftime.

It was a brutal start for the Suns' All-Star backcourt of Paul and Devin Booker, who combined for eight turnovers in the first half. The home team even heard scattered boos from fans in the second quarter before the cheers came in the second half.

Jonas Valanciunas led the Pelicans with 16 points and eight rebounds before the break. He finished with a team-high 23 points. 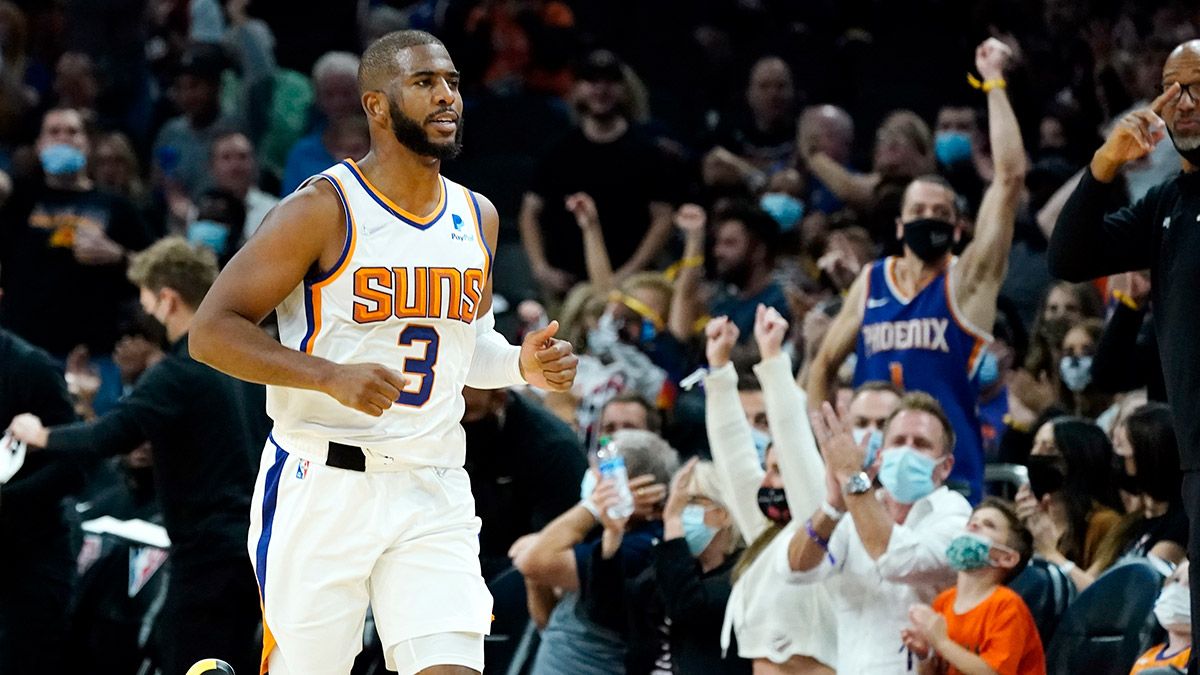 Paul earned the No. 3 spot in assists late in the first half, finding Jae Crowder for a wide open 3-pointer. If Paul continues to move up the list, it'll take a while. Jason Kidd is No. 2 with 12,091 assists ,while John Stockton is No. 1 with 15,806.

Ayton's averaging 13.8 points and 11.4 rebounds per game. Ingram leads the Pelicans with 25 points per game, providing a big chunk of the scoring since star forward Zion Williamson hasn't played this season.

McGee started for the Suns in place of Ayton. Josh Hart got the start for the Pelicans.

Pelicans first-year coach Willie Green returned to Phoenix for the first time since he was hired away from the Suns.

Green was the lead assistant under Suns coach Monty Williams for two years before getting the job in New Orleans. Williams often said Green was instrumental in helping Phoenix build a roster that went to the NBA Finals last season.

Williams and Suns guard Chris Paul sent messages to Green after his first win as a head coach last week. Green said Phoenix will always be a special place for him.

"It's surreal being back," Green said. "Really good memories here."

Pelicans: At Kings on Wednesday.

Suns: Host the Rockets on Thursday.