Unfortunately, ogling the Lakers also allow us to see a bounty of terrifying positions.

The rest of the Lakers are otherwise healthy, suffering only acute bouts of inconsistency and anemic production. 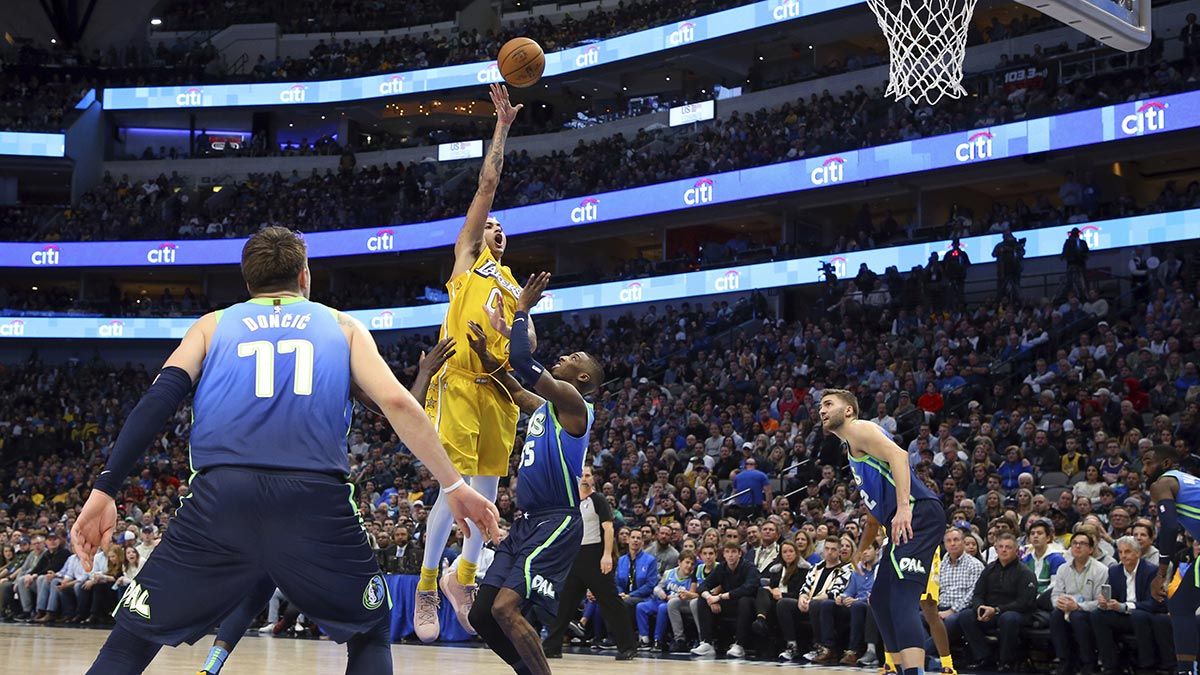 It therefore comes as no surprise when The Los Angeles Times reported yesterday that GM Rob Pelinka "is prepared to trade anyone on the roster, except Anthony Davis and LeBron James."

Around this time last year, while in hot pursuit of Davis in New Orleans, word leaked that the Lakers were offering everyone for the perennial All-Star. It fractured the locker room, created dissension among the ranks, and ultimately caused the team to crash land out of the playoffs with a 37-45 finish.

What would the latest planned roster sale do to the team this time?

As the February 6 trading deadline looms, Pelinka's feelers is a tacit admission that their roster is not adequate to secure an appointment with the Larry O'Brien trophy this June. 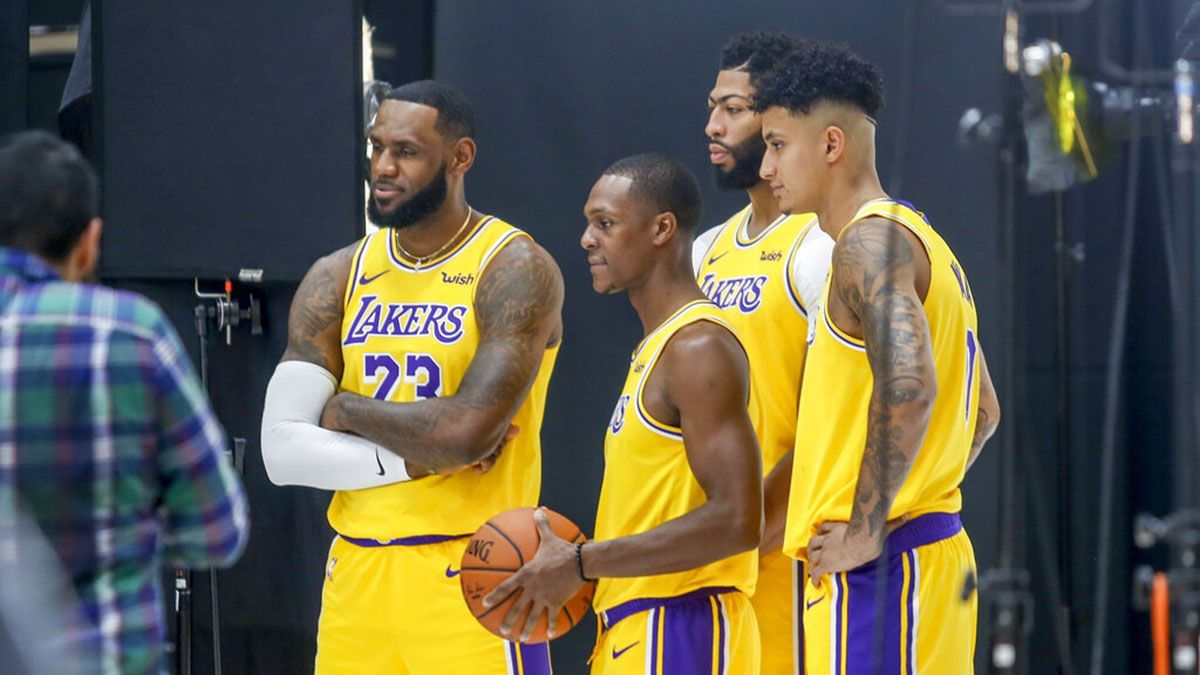 In other words, we've discovered what we knew all along: In the star speak of the NBA's galaxy, the Lakers - outside of Davis and his enabler king - are nothing more than "red dwarfs.

Blandly common and lacking in luminosity.

Even if LeBron and A.D. can somehow miraculously carry the Lakers to the Western Conference title, they will be wounded and broken by the time they reach the NBA Finals, easy pickings for one Greek Freak and his nasty band of Bucks brothers in Milwaukee,

Through their foggy purple-and-gold eyeglasses, Lakers fans think Kyle Kuzma is the third piece for their Big Two. They believe that the 13.2 points and 3.8 rebounds he normed though 31 games is just fine and dandy.

KUZMA IS IN HOLLYWOOD BUT HE'S NO STAR. I disagree. Unless they acquire a more significant piece, the playoffs for these Lakers will not be a championship run, just a fool's errand.

Sorry, Kuzma is no star. If he is, then I'm a Pulitzer prize winning writer.

Kuzma, the 27th pick in the 2017 rookie draft, is a damn good player, the type that will have a long and meaningful NBA career. But he is years away from being an All Star- caliber forward. 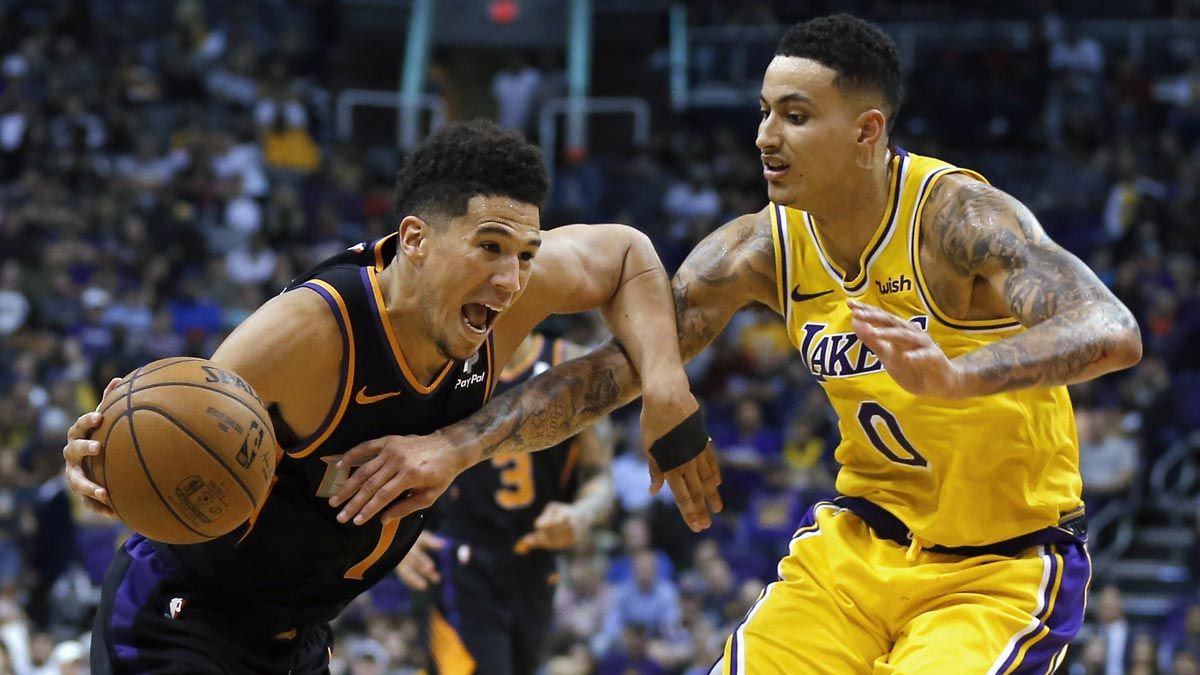 Through 178 career regular games, Kuzma's numbers (16.6 points and 5.5 rebounds per) and shooting percentages (45.1 from the field, 33.7 from long distance and 73 percent from the free throw line) do not blow the mind.

But at 24 years young, 6-foot-8 long and 220 pounds thick, Kuzma is indeed the best chip the Lakers can dangle in exchange for a skilled veteran who can score in bunches and play defense in a way that would ease LeBron's and Davis' burdens. (Hello Kevin Love!!)

Here's the thing though. Trading Kuzma is hard to pull off because he only makes $1.9 million this season. That kind of price range can only net you somebody like Jordan Poole of the Golden State Warriors.

Obviously, there are no All-Stars out there making under $2 million. So in order for the economics to work, the Lakers need to throw some salaries and draft picks to entice takers.

But they gave all those to the Pelicans, remember?

DeMarcus Cousins and his one year, $3.5 million salary can be an add-on, but who wants a broken 29-year old big with a blown Achilles and torn ACL?

Jared Dudley, JaVale McGee and Dwight Howard are all solid. Good players once upon a time. But they're a combined 99 years old right now and well beyond their primes.

And who wants retreads?

Rondo has championship pedigree. But he's 33 and injury prone.

Kentavious Caldwell-Pope? No thanks.

If the Lakers were a flag, they'd be a two-star mangled banner.

Stuck in neutral, waiting for the L.A. Clippers to pass them by,