COLUMN: All that glitters is not purple and gold

CHICAGO -- Once a powerhouse during the glory days of the Kevin Durant era, the Oklahoma City Thunder are currently in the throes of a massive rebuilding.

They have no All-Star in the roster. Their payroll is dead last in the NBA at $79.1 million. And their head coach is a relative novice, 36-year-old Mark Daigneault, the youngest active play caller in the league.

Ranked 29th among 30 teams in offensive rating (98.5) and 24th in defensive rating (109.7), per BasketballReference.com, it's no surprise that the Thunder have won just two of their eight games so far.

What is really, really surprising is that both wins have come against the starry, starry, All-Star-studded Los Angeles Lakers.

Please allow me to reluctantly rub some salt on this purple-and-gold wound.

The Thunder defeated the Lakers by coming back from a 26-point deficit at the Paycom Center in Oklahoma last October 27 and they followed it up by crawling out of a 19-point hole at Staples Center last November 4. 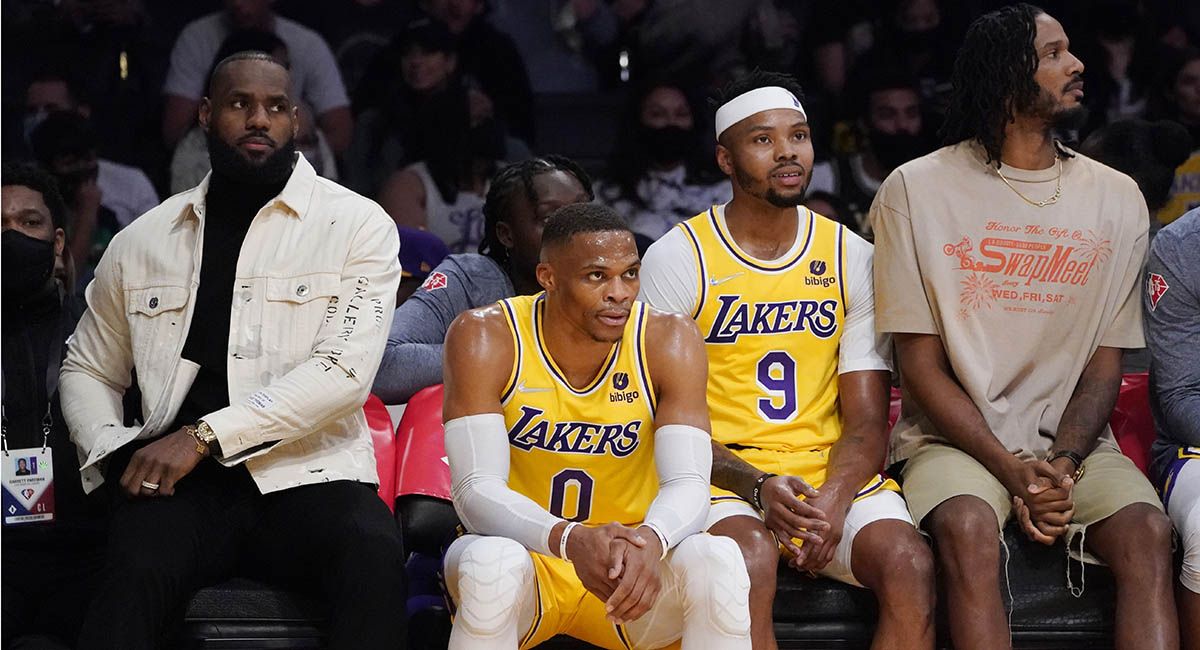 After the embarrassing meltdown, Carmelo Anthony, one of the biggest names on the Hollywood marquee, moaned that they "should have won this one."

A TEAM WITH A $164.7 MILLION PAYROLL AND LOADED WITH ALL-STARS HAS NO BUSINESS LOSING TO A THIRD-RATE TEAM. TWICE IN 8 DAYS.

What the heck is wrong with those jaded, bejeweled Lakers?

Let's start with one Russell Westbrook.

It's early, I know, but with a 5-4 record, it's obvious he is not the winning formula the Lakers need at point guard.

Defense is another issue. It barely exists.

The Lake Show are a no-show on D, giving up 112 points per game, which is ranked 26th in the league. I mean, they surrendered 123 points to the freakin Thunder, didn't they?

I SAVED THE BIGGEST WORRY FOR LAST.

LeBron James, who fancies himself as an iron man who champions the cause against load management, has already missed 3 of the Lakers' 9 games. He will be out for at least another week and will miss more starts.

The first hurt was a tender ankle. Now it's an abdominal strain.

Is the King, now 36 years and 311 days old and campaigning in his 19th season, finally breaking down?

Right now, though, this Lakers team, assembled on the strength of aging, recycled stars, looks anything but a championship contender.

Repeat after me, pretty please.