The Clippers rallied from an 11-point deficit in the fourth quarter despite playing without several key players. Kawhi Leonard, Paul George, Serge Ibaka, Patrick Beverley and Marcus Morris were all out for Los Angeles.

The Clippers trailed by five in the final minute, but Terance Mann made it 98-95 with a dunk, and after Detroit's Jerami Grant turned the ball over near midcourt, Jackson connected from 3-point range to tie it with 19.0 seconds left.

Amir Coffey then came up with a steal on the ensuing inbound pass, and after a timeout, Jackson dribbled the clock down and sank a jumper from near the top of the key.

Killian Hayes missed a 3-pointer at the other end.

Jackson finished with 29. Luke Kennard — another former Piston — had 17 points and 10 rebounds. 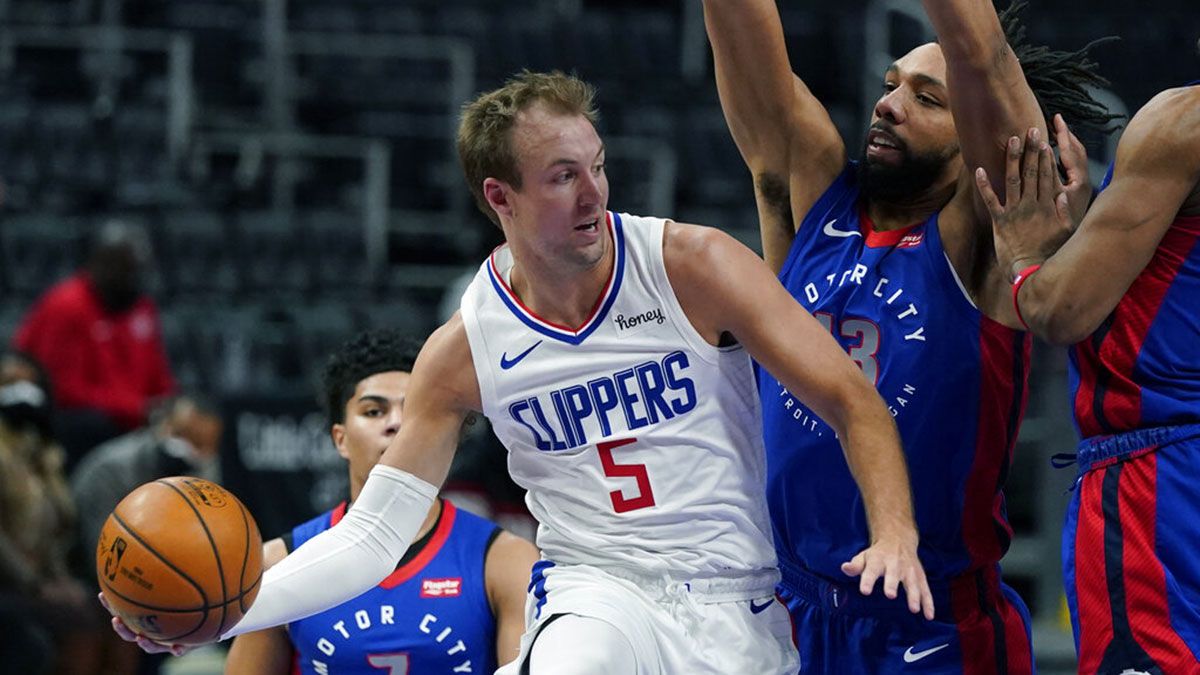 Luke Kennard tries to make a pass around Jahlil Okafor.

Los Angeles beat Indiana 126-115 on Tuesday night and improved to 10-1 on the season in the second half of back-to-backs.

Clippers: Los Angeles had only 10 assists on 37 made field goals.

Pistons: Detroit finished with 16 turnovers, including the two big ones late.

Leonard was out with a sore right foot, Ibaka had lower back tightness and Beverley was sidelined by a broken left hand. The Clippers said they were resting George and Morris for this game.

Clippers: Visit Philadelphia on Friday night. The Clippers beat the 76ers 122-112 on March 27.