LOS ANGELES — Paul George scored 27 points, Reggie Jackson added all of his 22 points in the second half and the streaking Los Angeles Clippers hung on to beat the Miami Heat 112-109 Thursday night (Friday, Manila time) for their sixth straight win.

Eric Bledsoe had 21 points and Ivica Zubac finished with 18 points and 11 rebounds for the Clippers, who trailed by 17 points in the first quarter when Miami's Bam Adebayo scored 19 points. 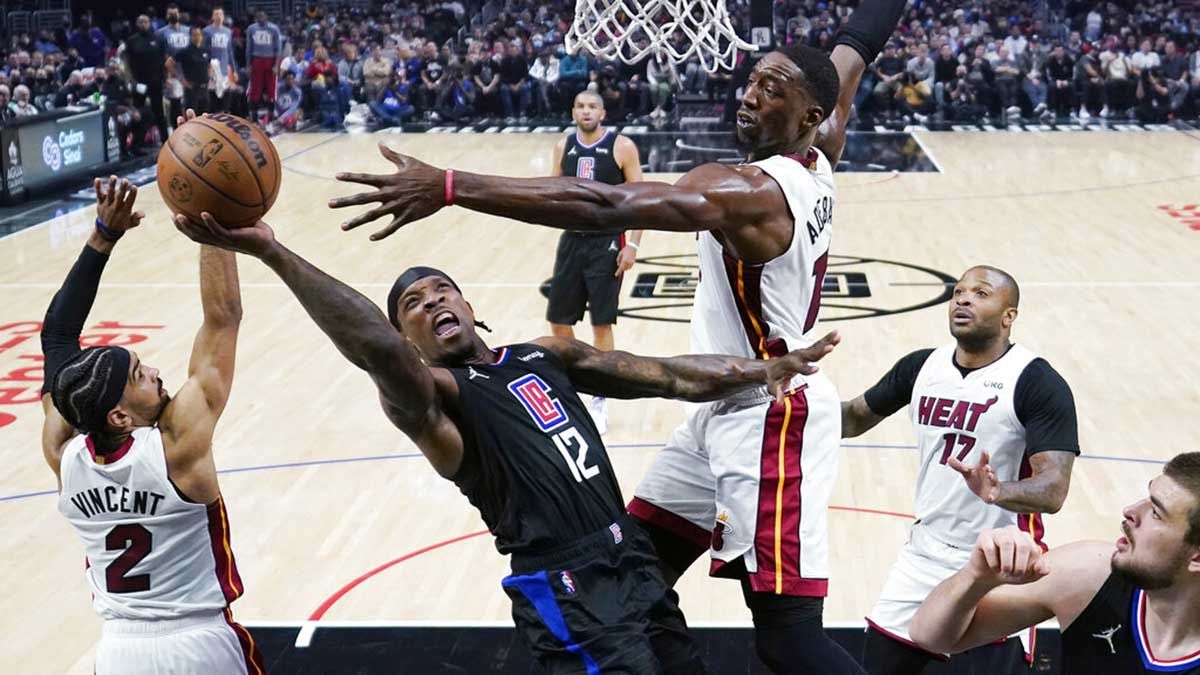 Adebayo had a season-high 30 points and 11 rebounds. Kyle Lowry scored 22 of his 25 points in the fourth, when Miami outscored the Clippers 9-4 over the final 1:36. Tyler Herro added 23 points while missing all of his six 3-pointers.

Miami dropped its third in a row and fourth of five.

Jackson made two free throws with 3.9 seconds to go for a three-point lead. P.J. Tucker turned the ball over when Nicolas Batum batted away the inbounds pass to Terance Mann.

Jackson's 3-pointer gave the Clippers their first lead of the game early in the third after he scored his first points of the game on their previous possession. He finished with 15 in the period, with the Clippers closing on a 21-12 run to lead 86-78 going into the fourth.

The Clippers erased all of their 17-point deficit in the second and trailed 58-56 at halftime.

Bledsoe kept it up in the fourth, scoring seven straight, capped by a 3-pointer that pushed the Clippers' lead to 93-82.

It was Adebayo's show in the first quarter, when he scored nearly half of the Heat's 40 points and they led by 17. Even when he sat in the last couple minutes, Max Strus hit back-to-back 3-pointers to preserve Miami's comfortable lead. Buoyed by Adebayo's offense, the Heat shot 68% and dominated the paint, 22-8.

Heat: Playing 10 of 15 games this month on the road, the most in November since a franchise-record 11 in 2017. ... They played a back-to-back in LA for the first time in franchise history, losing in overtime to the Lakers a night earlier.

Clippers: Won a franchise-best six in a row over the Heat. Their last loss was in December 2018.

Heat: Visits Utah on Saturday in the teams' second and final matchup of the regular season.

Clippers: Hosts Minnesota on Saturday in the first game of a back-to-back.