by beth harris, ap
3 days ago

Paul George had 30 points before leaving with 7:19 remaining because of a minutes restriction after a toe injury. The Clippers had four bench players in double figures as their reserves outscored the Wizards' subs 58-29.

Bradley Beal, the NBA's leading scorer at 32.9 points per game, finished with 28 points and 10 assists. Russell Westbrook had 20 points, 10 assists and nine rebounds.

Washington cut an 18-point deficit to five going into the fourth quarter. But the Clippers' bench was too much even with top reserve Lou Williams resting. Terrance Mann scored their first seven points in the period.

Westbrook scored on his offensive rebound, getting the Wizards within nine. They never got any closer, and were outscored 21-8 as the Clippers went up 132-110.

Reggie Jackson sandwiched consecutive 3-pointers between two dunks by Ivica Zubac, who had 12 points and 12 rebounds. Jackson finished with 17 points. Marcus Morris hit one of LA's eight 3s in the fourth.

Leonard and George teamed up for the Clippers' first eight points of the third.

The Wizards outscored Los Angeles 16-4 to cut their deficit to 99-94 going into the fourth. Rui Hachimura and Davis Bertans had five points each, Beal had four, and Moritz Wagner scored inside to end the period with 13 points.

The Clippers maintained their momentum early in the second, extending their lead to 55-31. From there, the Wizards finally showed some life. Beal ran off seven in a row and hit a 3-pointer as part of a 24-17 run that left them trailing 72-55 at halftime. Washington's three young starters — Wagner, Hachimura and Garrison Mathews — combined to shoot 5 of 10 in the first half.

George and Paul fueled a hot start for the Clippers. The two All-Stars combined to score their team's first 16 points on the way to a 36-20 lead after one quarter.

The Wizards got off to a poor start, shooting 8 of 22 with just six rebounds. Beal and Westbrook were a combined 3 of 11. 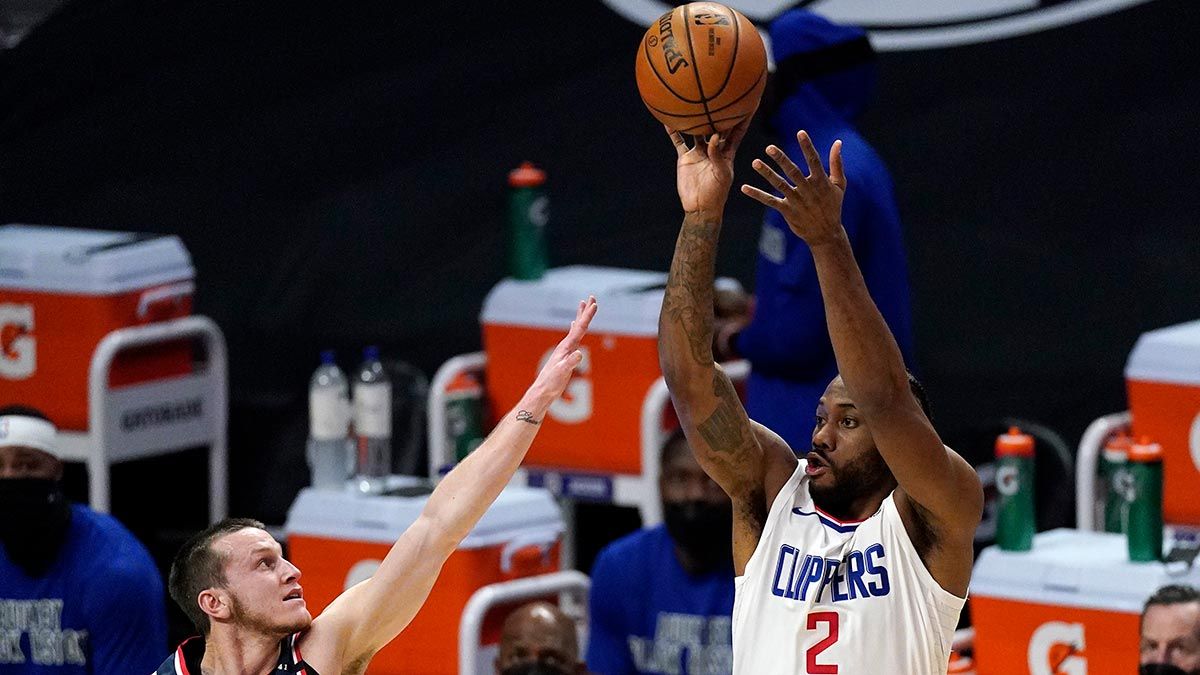 Wizards: Beal was coming off back-to-back games of 30-plus points against the Trail Blazers and Lakers. ... Bertans caught George's left elbow in his mouth, drawing blood in the second. ... Westbrook picked up a technical in the second, yelling from the sideline when he didn't like a defensive 3-second call.

Clippers: George was selected an All-Star reserve, his seventh career appearance and first since 2019. He's averaging career highs in assists (5.5), 3-point percentage (47%) and field-goal percentage (51%). He joins Leonard for the March 7 game. It's the first time since 2014-15 that at least two Clippers were chosen for the roster.

Clippers: At the Memphis Grizzlies on Thursday to open a five-game trip.