THE Los Angeles Clippers have brought back guard Eric Bledsoe to the team where he started his NBA career.

A trade with the Memphis Grizzlies announced Monday sends Bledsoe to the Clippers for guards Patrick Beverley and Rajon Rondo and center Daniel Oturu. Bledsoe spent his first three seasons in Los Angeles after being the 18th pick overall out of Kentucky in 2010 before going to Phoenix, Milwaukee and New Orleans.

"We are excited to add Eric, a strong, versatile guard and an established playmaker who can attack the paint and defend multiple positions," said Lawrence Frank, the Clippers' president of basketball operations. "Eric started his career with the Clippers and we're delighted to bring him back."

Memphis only acquired Bledsoe in a trade July 26 with New Orleans that also brought the Grizzlies center Steven Adams in exchange for center Jonas Valanciunas along with a swap of multiple draft picks.

Bledsoe averaged 12.2 points, 3.8 assists and 3.4 rebounds in his lone season with the Pelicans, who had acquired him from Milwaukee during the 2020 offseason as part of a trade that sent Jrue Holiday to the Bucks.

As part of that trade with the Pelicans, the Grizzlies wound up with the 10th overall pick in Stanford forward Ziaire Williams. Memphis is making moves both to improve the roster of a team that lost in the opening round of the playoffs to Utah and keep building around Ja Morant and Jaren Jackson Jr.

Beverley was the Clippers' longest-tenured player, having spent four years in Los Angeles. The fiery, 33-year-old guard averaged 7.5 points, 3.2 rebounds and 2.1 assists while playing 22.5 minutes a game last season. He also shot 40% from 3-point range, although he's best known for his pesky defense and leadership.

Frank called Beverley a pillar of the Clippers for the past four years. 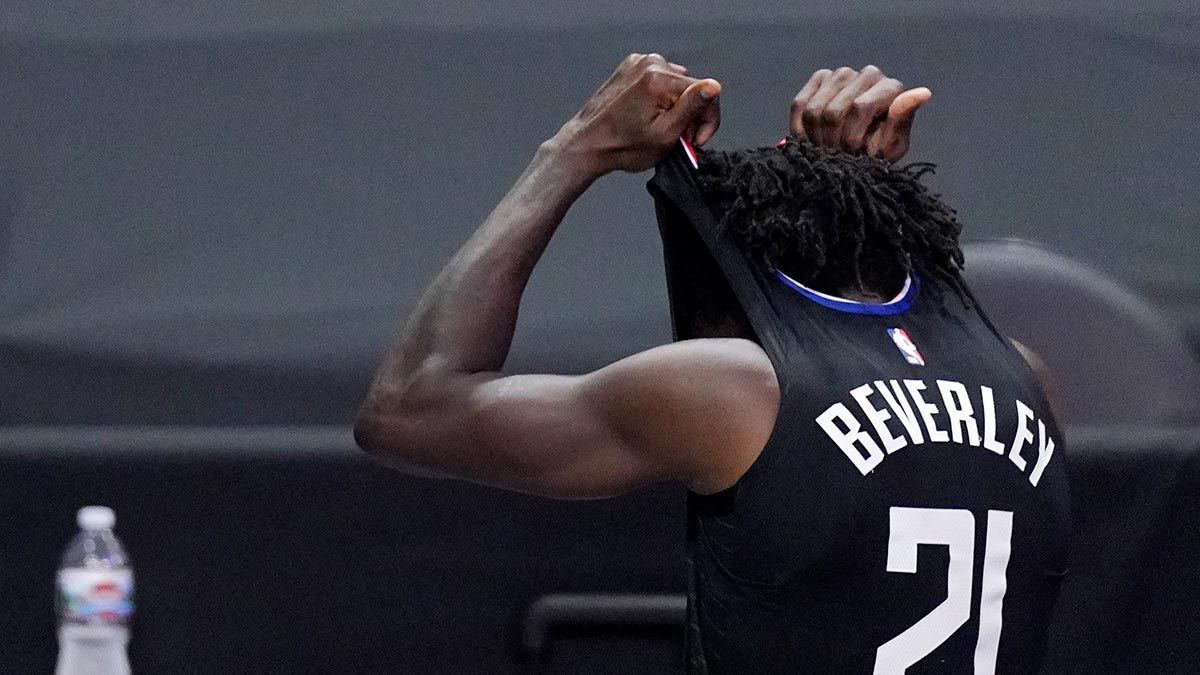 "We are grateful for his presence and for the contributions of Rajon, a premier orchestrator, and Daniel, a promising young center," Frank said. "We wish them the best."

Beverley will miss the opener next season as punishment for shoving former Clipper Chris Paul in the back during Game 6 of the Western Conference finals. Beverley earned a technical foul and was ejected. The Phoenix Suns won the game, ending the Clippers' playoff hopes.

Rondo spent half of last season with the Clippers after coming from the Atlanta Hawks in a trade for Lou Williams. Rondo's biggest impact came on the sideline, where the 35-year-old guard served as an unofficial assistant coach, bolstering his teammates with pep talks during timeouts.

Oturu, a 6-foot-8 center, was chosen 33rd overall by the Clippers in the 2020 NBA draft. He averaged five minutes while appearing in 30 games.