SALT LAKE CITY — Rudy Gobert gave Utah the lead with an alley-oop dunk with 11.0 seconds left and the Jazz held off the Dallas Mavericks, 100-99, on Saturday (Sunday, Manila time) in Game Four to tie the first-round series.

Spencer Dinwiddie missed a 3-pointer at the buzzer for Dallas.

Utah held the Mavericks to 18 points in the fourth quarter after surrendering a double-digit lead in the second half. Dallas made just two baskets through the first seven minutes of the fourth and shot 33 percent overall in quarter.

Jordan Clarkson scored 25 points for Utah, Donovan Mitchell added 23 points and seven assists. Gobert had 17 points and 15 rebounds — 10 off the offensive glass. He was 3 of 8 from the free throw line in the fourth quarter and 9 of 18 overall.

Dallas star Luka Doncic had 30 points, 10 rebounds four assists in his return from a three-game absence because of a strained left calf.

"Getting my wind back," Doncic said. "A little bit tired now but it felt great to be back."

After going 3-1/2 minutes without a basket, the Jazz took a 95-94 lead on Mitchell's layup with 1:27 remaining. Doncic answered with back-to-back baskets to put Dallas up 99-95.

Mitchell converted a three-point play to bring Utah within one. Powell missed a pair of free throws with 19.8 seconds left, opening the door for Gobert's winner.

The Jazz doubled Doncic on the final possession, forcing him to kick out to Dinwiddie on the right wing for a 3-point shot that fell short.

Utah led by 16 points before halftime. The Jazz built up a 51-35 lead after a big second quarter from Clarkson. He scored baskets on three consecutive possessions to help Utah carve out a double-digit lead.

Dallas erased the deficit in the third quarter behind hot outside shooting. The Mavericks went 8 of 10 from long distance in the quarter and took a 74-71 lead when Finney-Smith and Brunson scored 3-pointers over four straight possessions to fuel a 12-2 run.

"I thought the way we responded to that was not like a blitzkrieg type response," Jazz coach Quin Snyder said. "It was a response over time which requires more mental toughness. You can't just make a spurt and all of a sudden get it back. You have to grind it out." 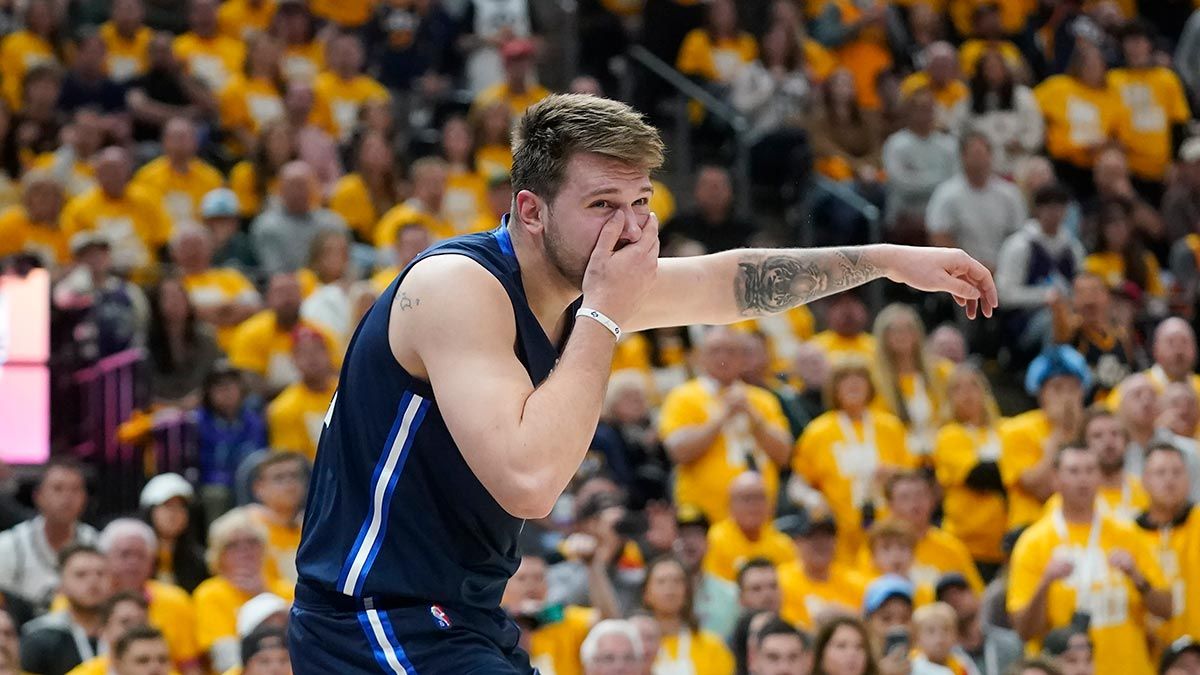 Utah attempted 42 free throws compared to 23 attempts for Dallas. The Jazz shot only 26-of-42 from the line, due in part to Gobert's struggles. The sheer volume of free throw attempts for Utah was unacceptable for Doncic.

"It's tough to win a game when you give them 42 free throws," Doncic said. "We got to stop fouling."

Bojan Bogdanovic has a knack for making critical plays on offense. In Game 4, Bogdanovic made his biggest impact on the defensive end. He guarded Doncic and Brunson on many possessions, sometimes sticking with them 94 feet while going through screens.

"Honestly when you've got a guy like him making a commitment from the beginning of the game – he didn't tell us, he just kind of went out there and did it with his effort – you don't want to let that person down," Mitchell said. "The crowd felt it. We felt it."

"It didn't start with the free throws. It started from the first minute of the game." — Gobert on the Mavericks' bench mocking him at the free throw line in the fourth quarter.

Mavericks: Finney-Smith scored all 11 of his points in the third quarter. … Brunson is averaging 29.8 points per game during the postseason. … Dallas went 5 of 24 from 3-point range in the first half. … Maxi Kleber fouled out with 4:19 left.

Jazz: Mitchell was held to three baskets over the final three quarters. He went 3 of 14 from the field in that stretch. … Utah outscored Dallas 35-13 in bench points.