Damian Lillard had 25 points and five assists to help the Blazers to their fourth consecutive win and ninth in a row at home.

The defining run of the game came late in the second quarter. After the Nuggets took a 49-48 lead with 3:35 left, Portland seized control. The Trail Blazers unleashed an 18-3 spurt to close the first half, sparked by four 3-pointers from Lillard and capped by a buzzer-beating layup by McCollum, giving them a 64-52 lead at halftime.

From that point on, the smallest Blazers lead was eight points.

The Nuggets also lost yet another player to injury. Denver forward PJ Dozier fell to the floor with a left knee injury in the first quarter and had to be helped to the locker room by teammates. He did not return. 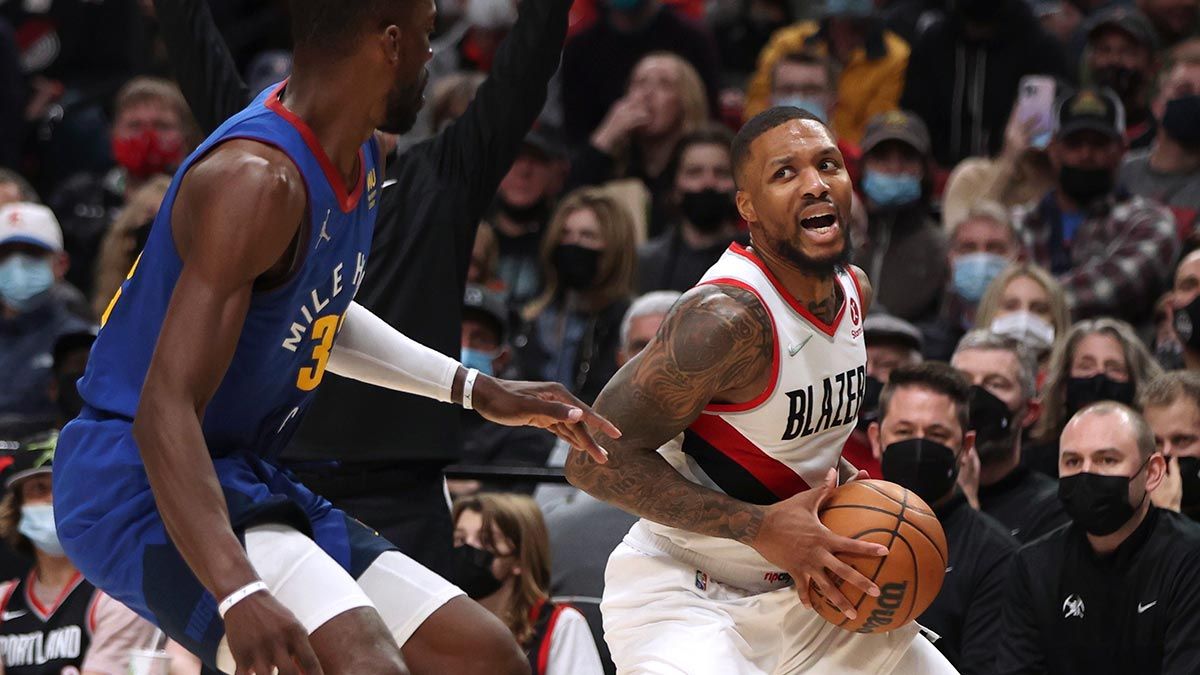 Nuggets coach Michael Malone took the podium before the game in a Colorado Rapids jersey, showing support for Denver’s MLS team before its playoff game later this week against the Portland Timbers. The Rapids finished with the most points in the Western Conference.

“I just want to say congratulations on a historic season and Robin Fraser, the head coach, has done an amazing job in a short period of time,” Malone said of his pregame attire. “The Rapids don’t get the attention and credit they deserve and I just wanted to show they have the support of the Denver Nuggets.”

The Blazers will be on the road for Thanksgiving, beginning a three-game trip Wednesday. Portland coach Chauncey Billups said the team has a meal planned for the holiday, but his family won’t be joining him on the trip.

“I’d rather have them be with the family than have a hotel Thanksgiving,” Billups said.

Trail Blazers: At the Sacramento Kings on Wednesday night.