Pelicans send Spurs packing, will take on Clippers next in play-in

The Pelicans, who finished ninth in the West after starting the season 3-16, will play at the Los Angeles Clippers on Friday night, with the winner getting the eighth seed and a spot against the top-seeded Phoenix Suns in the first round. New Orleans beat Los Angeles in three of four meetings this season.

Ingram a pair of soft jumpers in the lane and Jonas Valanciunas added a short jumper to out New Orleans back on top, 103-91. Valaciunas had 22 points and 14 rebounds.

After Ingram went to the bench with three fouls 5:17 before halftime, McCollum carried the Pelicans offensively. In a 14-4 run over the final 3:36 of the half, McCollum made two 3-pointers and pierced the San Antonio defense for two finger-roll layups on strong drives into the lane as New Orleans built a 61-50 lead.

McCollum made 10 of his first 12 shots, including 2 of 3 from long range, despite drawing consistent double teams. 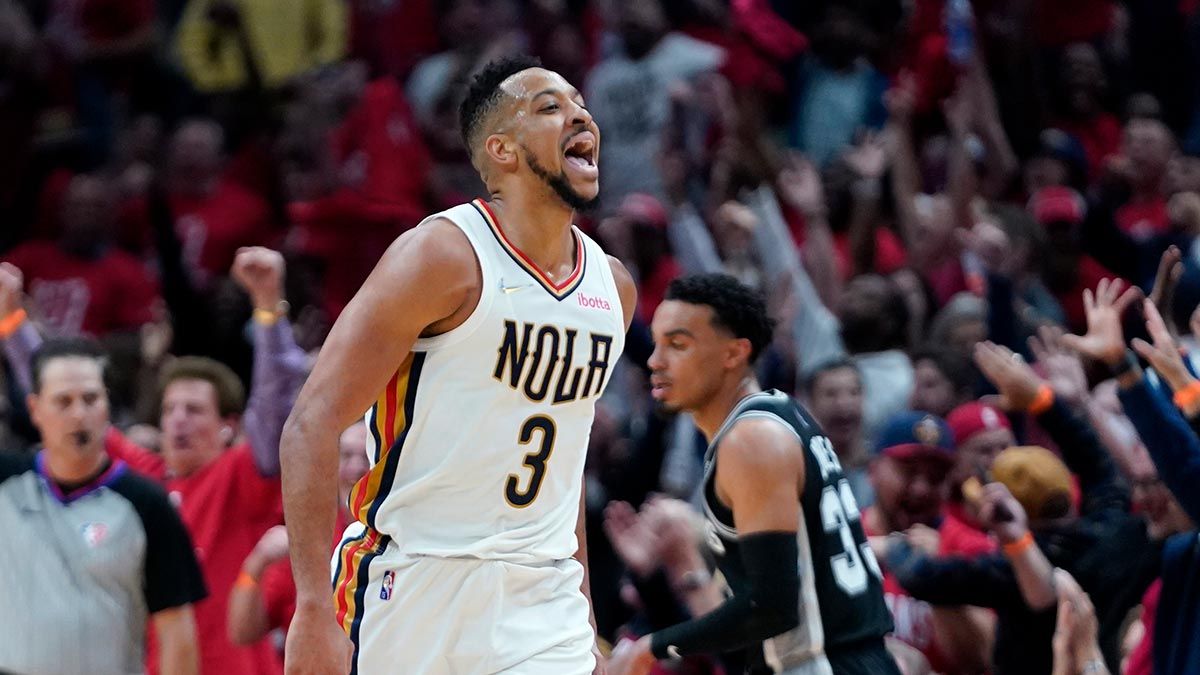 CJ McCollum and the Pelians march on.

Spurs: After eight years as a San Antonio assistant, Becky Hammon officially assumed her new position as head coach of the WNBA's Las Vegas Aces. Coach Gregg Popovich said he would miss Hammon's contributions. "She's been wonderful for a while," Popovich said. "I just wish her well, and I just wish she was here." … G Dejounte Murray had two of his 13 triple-doubles against the Pelicans in the regular season.

Pelicans: While F Zion Williamson missed the entire regular season with a fractured right metatarsal, the former No. 1 overall pick was doing 360-degree dunks in pregame before sliding back into his street clothes. Coach Willie Green said he was not looking for Williamson to return until the beginning of next season.