CP3 back after seven games out, powers Suns over Grizzlies

by david brandt, ap
5 days ago

PHOENIX — Chris Paul had 22 points and 11 assists in his return after missing seven games with a hip injury, leading the Phoenix Suns over the Memphis Grizzlies, 112-110, on Sunday night (Monday, Manila time).

The Suns had to hold on in the final minutes after dominating most of the night. They jumped to a 32-18 lead by the end of the first quarter and led by 29 points at one point during the third quarter.

The Grizzlies methodically cut into that advantage and Ziaire Williams hit a 79-foot heave at the third quarter buzzer to slice the Suns' lead to 87-72.

Memphis pulled within 107-101 with 2:21 remaining, but Cam Johnson responded with a made jumper while being fouled. He completed the three-point play with a free throw to help the Suns briefly regain control.

The Grizzlies had one more run remaining. Desmond Bane's free throws cut the margin to 110-106 with 58.8 seconds left. After a Phoenix turnover, Ja Morant was fouled and made two more free throws to cut it to 110-108 with 28.6 seconds remaining.

Phoenix forward Dario Saric hit two free throws after being fouled on the ensuing possession and the Grizzlies finally ran out of time. 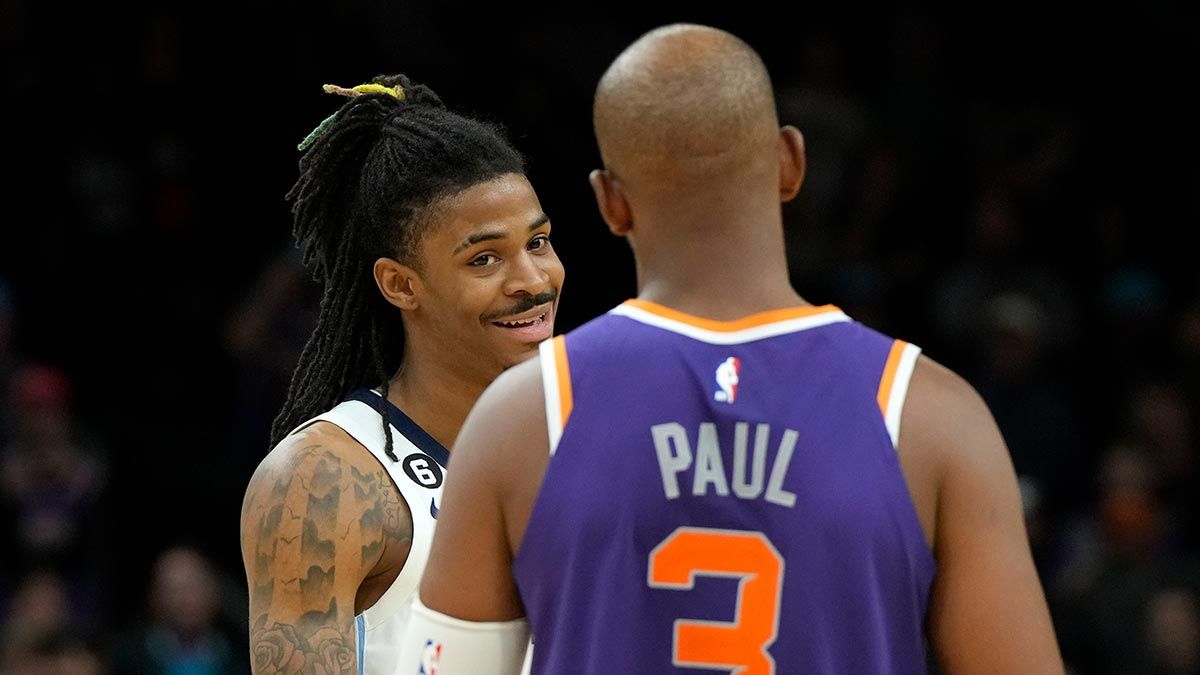 The Suns have won three straight, pushing back to .500 for the season. The Grizzlies have dropped two in a row after their 11-game winning streak was snapped by the Lakers on Friday.

Mikal Bridges led the Suns with 24 points, while Torrey Craig added a season high 20. Morant scored 27 for the Grizzlies, while Bane added 24.

The Suns were closer to full strength than they've been in a few weeks, though All-Star guard Devin Booker is still out with a groin injury. Paul was back in the lineup and Johnson played his second game since missing more than two months with a knee injury.

Grizzlies: Travel to face the Kings on Monday night.