Paul scored 27 of his 28 points in the first half against his former team. Gallinari and Dennis Schroder, who scored 17 of his 23 points after halftime, carried the Thunder after the break.

Former Thunder player Russell Westbrook had 32 points, 12 assists and 11 rebounds for Houston. Harden had 29 points but was astonishingly inefficient, making 1 of 17 3-point attempts, as the Rockets' losing streak stretched to a season-high four games.

Oklahoma City used a 6-0 run, highlighted by a dunk from Shai Gilgeous-Alexander after he stole the ball from Harden, to put the Thunder up 108-105 with about a minute left.

Harden made a layup for Houston to cut the lead to one, but Schroder made a jump shot with 28 seconds remaining to make it 110-107. Russell Westbrook missed a 3-pointer on the other end and Gilgeous-Alexander added two free throws to secure the victory. 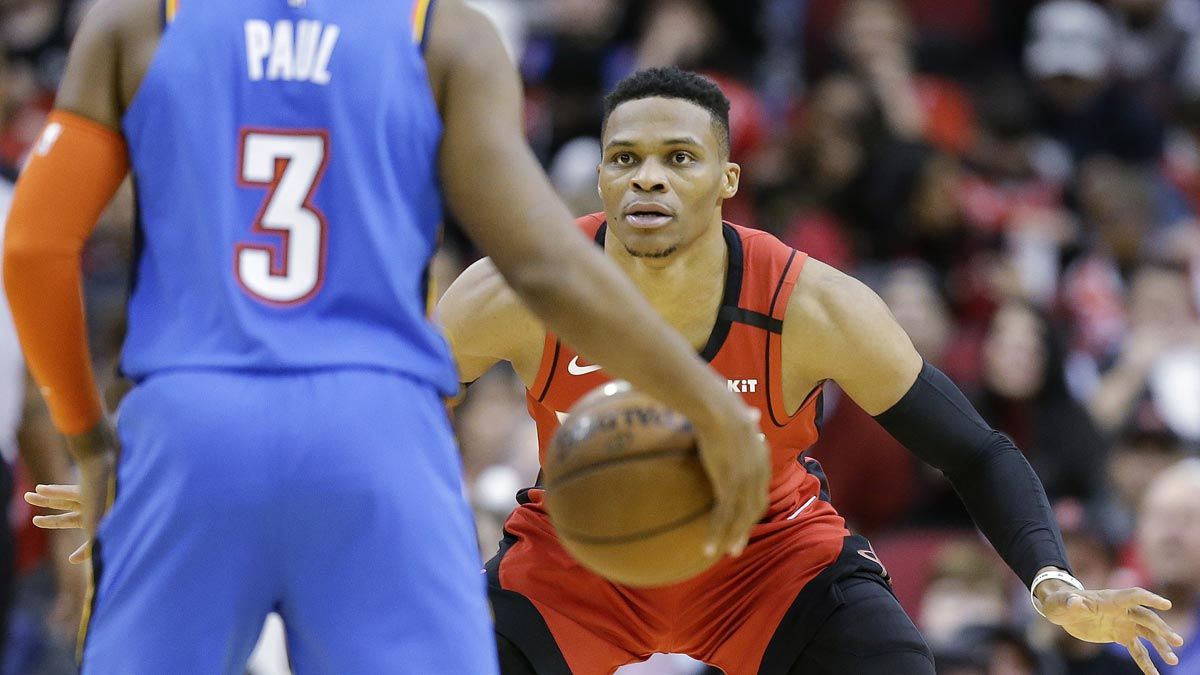 Houston had a 15-point lead before the Thunder scored 13 straight points to get within 100-98 with 4 1/2 minutes to go. Gallinari led the way for Oklahoma City in that stretch, making two 3-pointers and adding three free throws after being fouled on a 3-point attempt.

Westbrook made Houston's first field goal in more than four minutes with a layup with just more than three minutes left. He then added another layup after a steal seconds later to give the Rockets a 105-102 lead with about two minutes to go.

The Thunder trailed by 16 points after three quarters, but a 9-2 run, with five points from Schroder, got them within 91-82 with about 9 1/2 minutes left.

Houston trailed by as many as 10 in the first half but led by seven at halftime and used a 9-3 run to open the third quarter and push it to 73-60. P.J. Tucker had a 3-pointer in that stretch and Westbrook added four points.

Houston scored the last four points in a third quarter where Oklahoma City scored just 14 points to make it 87-71 entering the fourth. 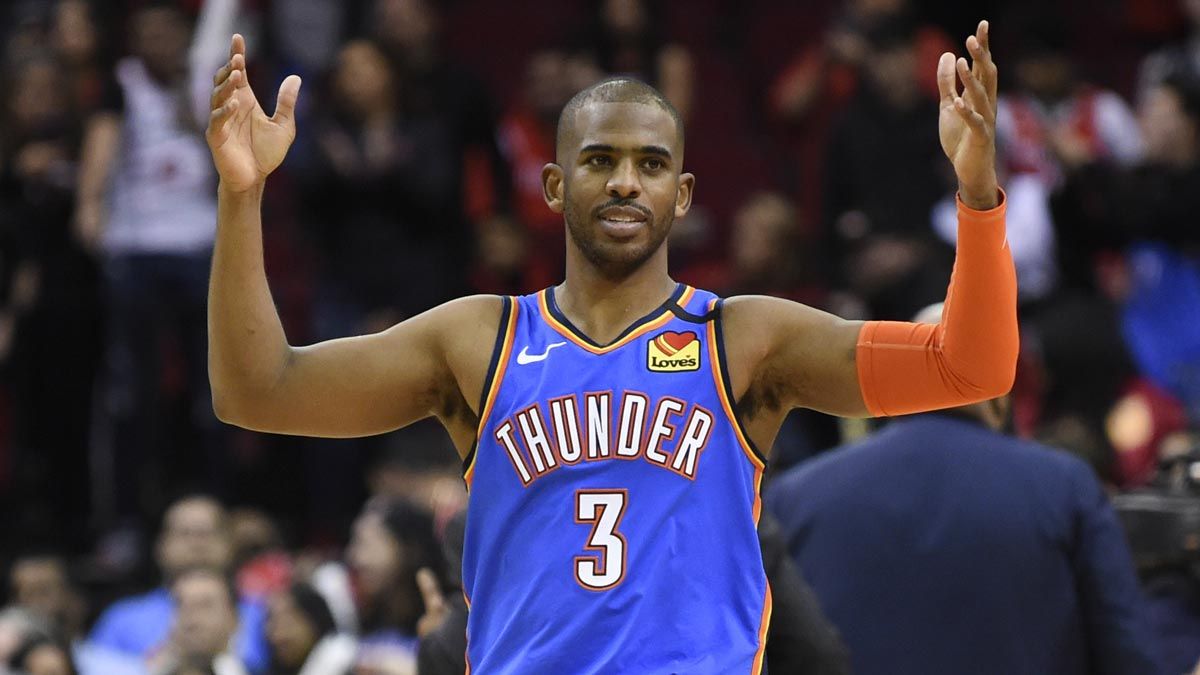 Thunder: Steven Adams sprained his left ankle on a foul by Capela early in the first quarter. He missed both free throws after the foul and didn't play after that. ... Paul received a technical for arguing about a foul call early in the fourth quarter.

Rockets: G Austin Rivers missed a second straight game with a right thumb injury. Coach Doc Rivers said he is feeling better and expects to return on Wednesday. ... Capela received a flagrant-1 for his hard foul on Adams early in the first quarter. ... Westbrook has scored 30 points or more in five straight games. Monday was his eighth triple-double this season.