CHICAGO - The Chicago Bulls have made the NBA playoffs 35 times over the previous 55 seasons, a solid 63.6 percent success rate in a tough conference of 15 teams.

They haven't, however, been to the dance since 2017 when then head coach Fred Hoiberg barely took them there with a shaky 41-41 record that quickly flamed out in a 2-4 first-round series loss to the Boston Celtics.

The past four seasons (2017-18 to 20-21) had been a nightmare, plagued by mismanagement, poor play, a plethora of coaching changes highlighted by the shenanigans (suicides, military-style push-ups and mass substitutions) of Jim Boylen, and most importantly, fan discord.

A long-overdue clean-up in the basketball operations department ensued and that led to the acquisitions of veteran players and the drafting of young talents that fit well into the new system under head coach Billy Donovan.

All of that played out beautifully today at the Little Caesar's Arena in Detroit where the Bulls short-circuited the Pistons, 94-88, to win their 2021-22 season opener.

A new day has come. And hope springs eternal.

Playing on an expiring contract worth a relatively low $19.5 million, Zach LaVine showed the Bulls hierarchy why he deserves a contract extension, a deal that wasn't worked out this past offseason.

LaVine sizzled for 34 points on 11-of-17 shooting while grabbing 7 rebounds and dishing 4 assists.

If Lavine continues ball like this and earns another All-Star nod, he will be eligible for the "supermax" which is worth around $235 million across five years, according to The Chicago Sun-Times.

But for now, it's all about "getting wins," he told the newspaper.

And based on what the Bulls showed in their maiden voyage this season, there could be a lot of smooth sailing in the course of this rough and tough 82-game schedule. 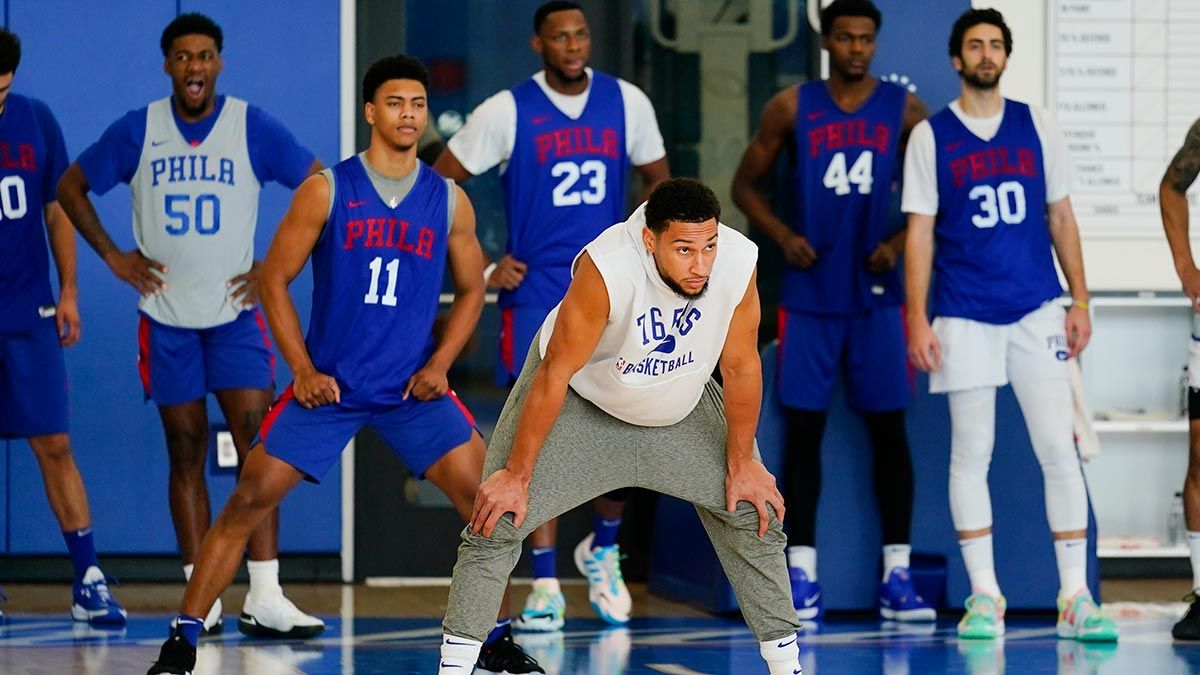 BABY SIMMONS. Ben Simmons threw a tantrum the other day and left the Sixers practice facility after refusing to participate in a defensive drill.

Already fined $1.4 million for missing practices and preseason games, he was subsequently suspended for a game and forfeit a one-game salary worth around $367,325.

After his embarrassing performance in last season's playoffs, words were said and his feelings were hurt, I get that.

But he had more than a hundred nights to sleep on it, so get over it, Ben Simmons!

And I don't understand all this "superstar" behavior.

The only "superstar" quality in Simmons is his five-year $169.6 million contract which is so ridiculously overpriced. The guy is a 59.7 percent career shooter from the free throw stripe and he recoils from shooting the ball in the crucible of a playoffs game.

And when you pile the reckless, unprofessional bent on top of his basketball shortcomings, it's no wonder Philly can't trade this 25-year old man-child.

RUSS-TY WESTBROOK. My hunch told me it wouldn't work. And yesterday my eyes confirmed my fears when Russell Westbrook tanked in his Lakers debut.

The once-mighty point guard went just 4-of-13 from the field. He missed all 4 of his 3s and wiped out his four assists with four turnovers.

It sure is just one game out of 82, which also means there will be more days like this for the former Thunder.