ORLANDO, Fla. — Jaylen Brown scored 28 points and the Boston Celtics used an 18-1 run at the start of the second half to break open a close game in a 92-79 win over the Orlando Magic on Wednesday night (Thursday, Manila time).

Jayson Tatum added 14 points as the Celtics snapped a three-game losing streak and defeated the Magic for a seventh consecutive time over the last three seasons. Boston made 11 of its first 17 shots of the second half, turning the game into a rout early in the third period.

Al Horford added 12 points, 12 rebounds and seven assists for the Celtics, who won despite shooting 41.8% from the floor. Brown made 12 of 17 shots and had his fifth 20-point game of the young season. 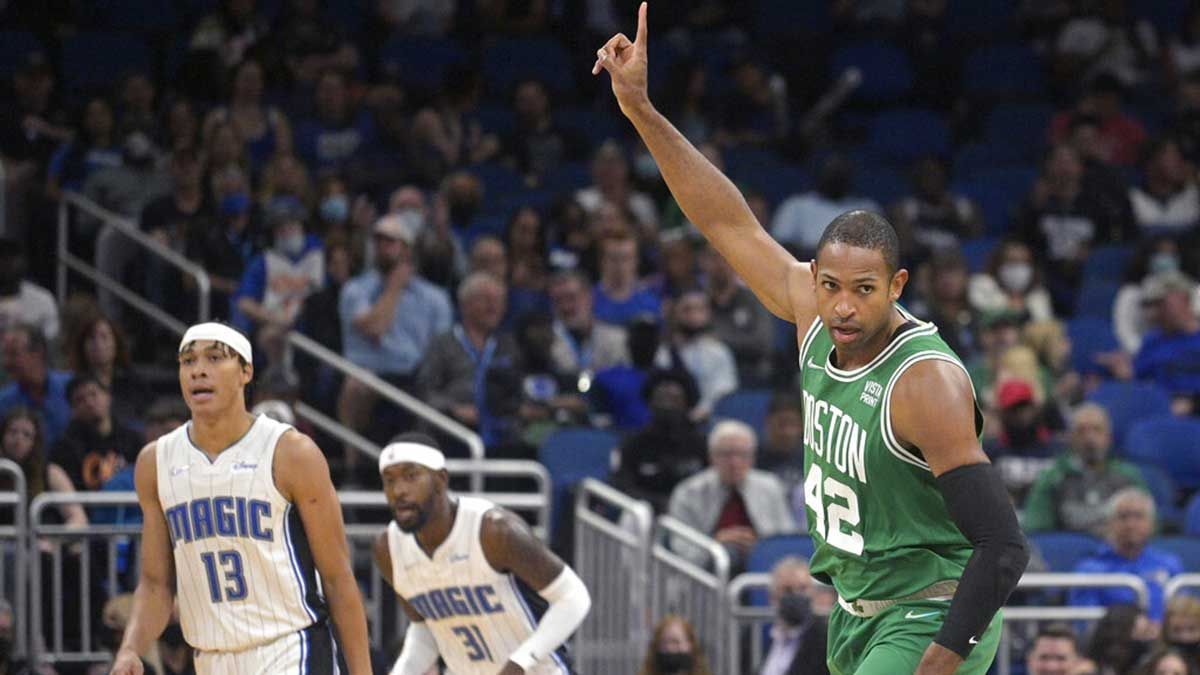 Wendell Carter Jr. had 13 points and 13 rebounds for the Magic, who are winless in three games at home. The Magic scored 10 points in a third quarter, missing 15 of 17 shots. Orlando scored a season-low 79 points against a Boston defense that came into the game last in the league in defense.

Trailing 46-44 after a sluggish first half, Boston came alive offensively in the third quarter , running away from the cold-shooting Magic. By the time Orlando had missed 14 of its first 15 shots of the third period, Boston had built a comfortable 69-50 lead.

There were no signs of the ball-sharing issues that plagued the Celtics in Monday's loss to Chicago, as they handed out assists on 19 of their first 28 field goals.

First-year Celtics coach Ime Udoka said he had no problem with guard Marcus Smart calling out Tatum and Brown for what he deemed to be an unwillingness to share the ball in Boston's fourth-quarter meltdown on Monday. After all, Udoka said, Smart just stated what he tells players daily.

"I've preached that from Day 1 with Jayson and Jaylen, and it's just about them growing into playmakers," Udoka said. "Marcus, Jayson and Jaylen have a long history together, and every team I've ever been on has had moments when they butt heads. It's nothing we haven't talked about."

Udoka said the Celtics' slow start to the season is more a result of their inability to close out games than selfishness by any players.

"Losing two double-overtime games where Jayson had a game-winning shot against New York and Jaylen had a shot to win it against Washington, and then the last game where we were up 19, the record is one thing, but it's a big-picture approach," Udoka said. "It could easily be 4-3, 5-2, and there probably wouldn't be questions about (the record). But the fact we haven't finished, you're going to get these questions, and 2-5 is not up to the standard or where we'd like to be."

Celtics: Smart, Boston's best 1-on-1 defender, started on Cole Anthony and shadowed Orlando's leading scorer most of the game. Anthony made just four of 18 shots and scored only 13 points.

Magic: With an average age of 21 years, 213 days, the Magic's starting five to open the season was the NBA's youngest since 1970-71. They used that lineup in each of the first nine games and, remarkably, it came into Wednesday with the NBA's highest net offensive rating (plus-20.5 points in 96 minutes together). … Orlando opened a five-game home stand. After that, 16 of its next 22 are on the road.

Celtics: At Miami on Thursday night.