Celtics secure second spot in East with victory over Grizzlies

MEMPHIS, Tennessee — Jayson Tatum scored 31 points, Jaylen Brown added 18 and the Boston Celtics secured the second seed in the East with a 139-110 victory over the Memphis Grizzlies on Sunday night (Monday, Manila time) in the regular-season finale for both teams.

Al Horford added 13 points as the Celtics shot close to 55 percent against the short-handed Grizzlies. With Milwaukee's loss to Cleveland earlier on Sunday, Boston was able to move into second with the victory.

The teams took different approaches to the game based on their places in the standings. Memphis was playing out the regular season having secured the second seed in the Western Conference behind the Phoenix Suns.

Boston entered in a logjam for the Nos. 2-4 seeds, jockeying for postseason placement with Milwaukee and Philadelphia. That meant all of the Celtics' regulars were playing against the Grizzlies' reserves.

And the Memphis makeshift lineup couldn't keep pace with the Celtics' regular rotation.

The Celtics steadily built the lead in the first half by shooting 63%, including connecting on 11 of 22 from outside the arc. That, coupled with Memphis struggling at 34% provide the Celtics with a 72-49 lead at intermission — the most points given up by the Grizzlies in a first half this season.

The Celtics continued to maintain the lead in the third period, leading 104-79 as Boston coach Ime Udoka sat the starters for the final quarter. 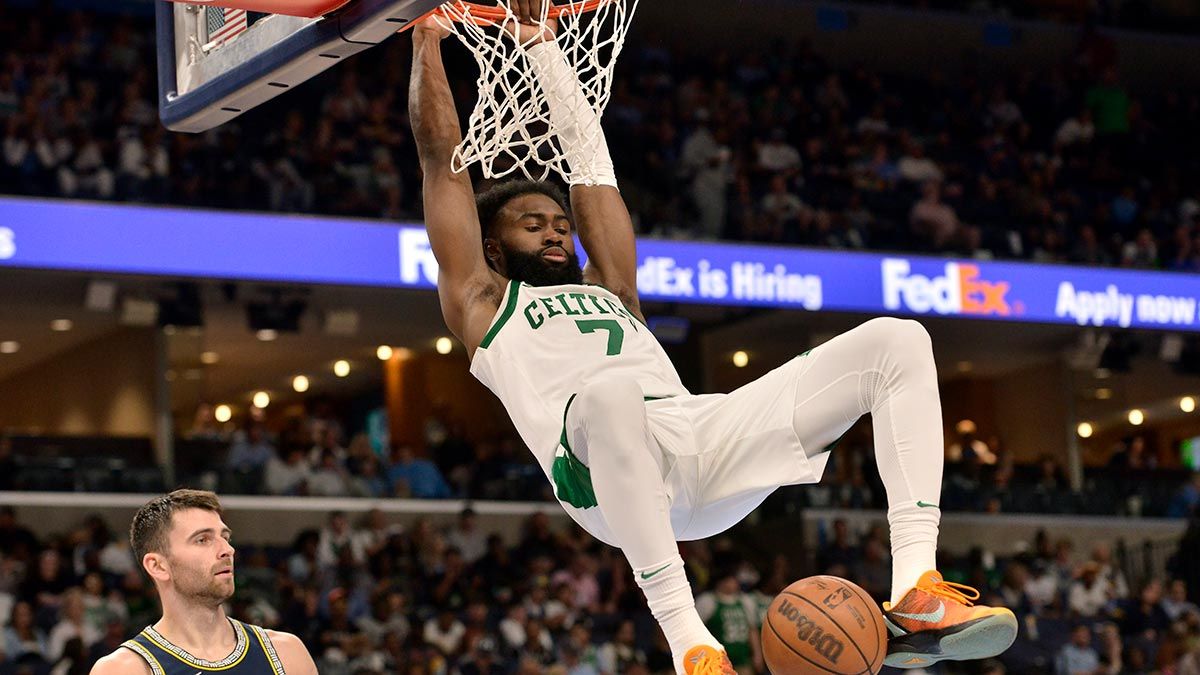 Celtics: Nik Stauskas missed his fourth game with a right ankle sprain. … Tatum had 14 points in the first quarter.He converted a four-point play late in the first half. … The 72 points scored in the first half, matched the most scored by Boston in a first half this season. The Celtics also had 72 against Minnesota on March 27. … C Daniel Theis had 11 points and matched his season-high in rebounds with 10, the fourth time he has reached that mark.