LAKE BUENA VISTA, Florida — The game plan from Boston coach Brad Stevens was simple: Start things off with an increased effort on defense to set an immediate tone.

The Celtics did exactly as he asked — and put the reigning NBA champions on the ropes.

Boston now leads the series 3-2 and can earn a trip to the East finals on Wednesday.

Kemba Walker scored 21 for the Celtics, whose starters outscored Toronto's starters by a whopping 93-45. Jayson Tatum scored 18, Daniel Theis and Brad Wanamaker each had 15 and Marcus Smart added 12 for Boston. 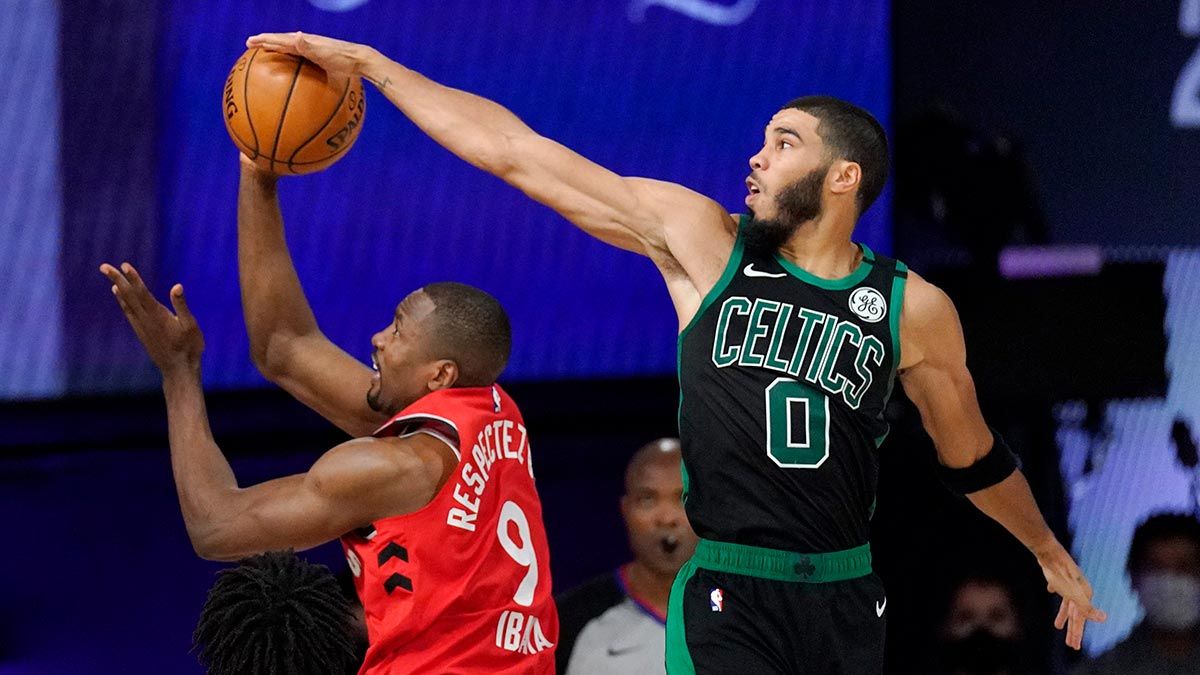 Fred VanVleet scored 18 for Toronto, which trailed by as many as 30. Norman Powell scored 16 for the Raptors, while Pascal Siakam and Kyle Lowry managed 10 points apiece. Matt Thomas also had 10 for Toronto.

Here's what Toronto got out of its first 18 possessions: five points on 2-for-15 shooting, a stretch that included everything from missed open layups to airballed contested jumpers, along with five turnovers in the game's first 8:53.

They were down 18-5 after all that, and it got worse in a hurry.

Another big scoring run — this time, 23-7 — in the second quarter pushed Boston's lead from 37-25 to 60-32 late in the half. The Raptors had gone 5-for-6 from the field just before that spurt began and seemed to be getting in a rhythm; they missed 11 of their next 13 shots and things got out of hand.

Toronto outscored Boston 28-25 in the third and it already didn't matter; the Celtics' lead was 87-63 going into the fourth. 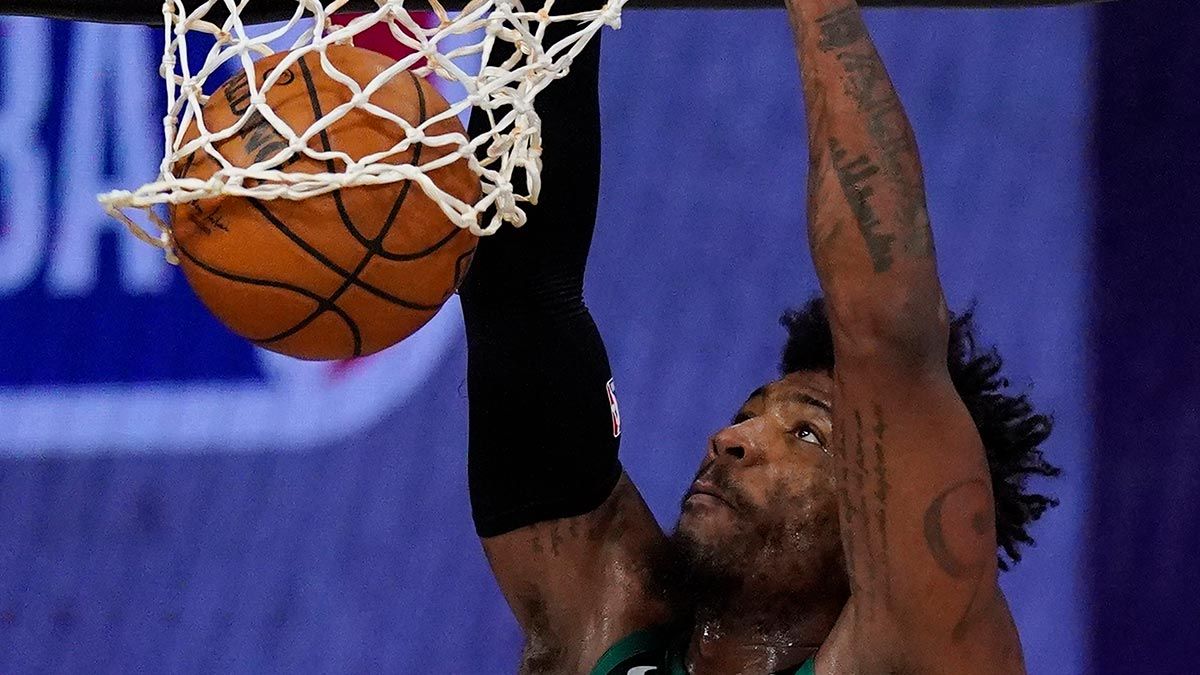 Celtics: Closeout games are never easy, and Boston is only 17-21 since 2008 when it has a chance to clinch a series. ... Boston now has four wins over the Raptors by 15 or more points this season. The rest of the NBA, combined, has one. ... The Celtics scored more points in the second quarter (37) than they allowed in the first half (35).

Raptors: Marc Gasol was scoreless and didn't play in the final 20 minutes. VanVleet was the only Toronto starter to appear in the fourth. ... Toronto is 9-10 all-time when facing elimination, as will be the case Wednesday. The Raptors went 1-0 last season in win-or-else games, that being the Game 7 triumph over Philadelphia in the East semifinals.

Boston led 25-11 after the first quarter. It was the 662nd playoff game in Celtics history and only the fourth time they allowed no more than 11 points in a first quarter; they gave up nine once, 10 twice. Toronto's 11 points tied for the second-lowest scoring quarter — any quarter — in its team playoff history. The Raptors had nine in the first at Detroit on April 21, 2002.

Tatum, a St. Louis native, scrawled "R.I.P Lou Brock" on the sole of his sneakers for Monday's game. Brock, the Baseball Hall of Famer who helped St. Louis win the World Series twice, died Sunday at the age of 81. Tatum never misses an opportunity to represent his hometown; he often wears Cardinals caps, and even donned a pair of sneakers this season inspired by the 2019 Stanley Cup champion St. Louis Blues — who just happened to beat the Boston Bruins for that title.