LAKE BUENA VISTA, Florida — It took every bit of seven games, but Jayson Tatum and the Boston Celtics are headed to the Eastern Conference finals.

Marcus Smart scored 16 points and Kemba Walker added 14 for third-seeded Boston. The Celtics will face the fifth-seeded Miami Heat in the East finals. 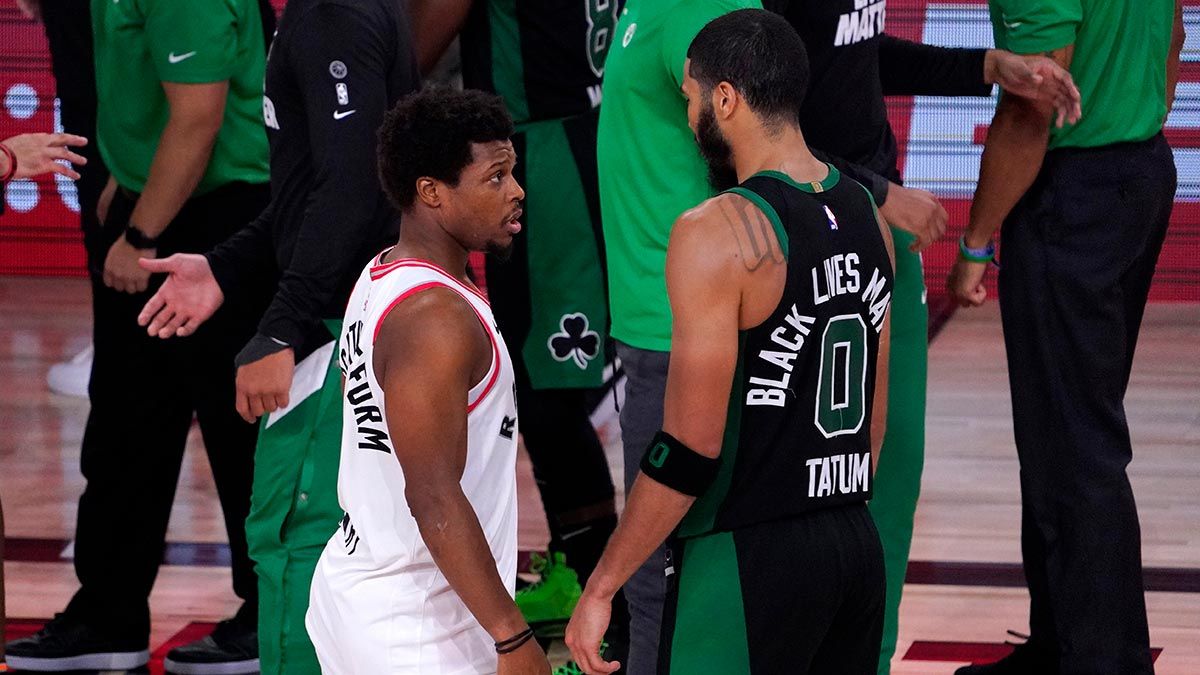 The Celtics got just that; VanVleet was well short on a 3-point try, Kemba Walker sealed it with free throws with 7.9 seconds left, and Toronto's reign was about to end.

The chess match started from tip-off.

The Raptors started in a box-and-one on Walker, so the Celtics quickly subbed out Daniel Theis for Robert Williams early to get some more athleticism on the floor — and Boston quickly put together what became a 13-0 run on the way to an early 19-7 edge.

Toronto made the next adjustment, trotting out a lineup to end the first quarter that the Celtics hadn't seen yet and promptly going on a 10-0 run. The Raptors eventually led by as many as seven; Boston then went on a 15-2 spurt to reclaim the lead and the Celtics ended up taking a 50-46 lead into the break.

The back-and-forth continued in the third. Boston pushed the lead to nine, Toronto scored the next eight, eventually took the lead before the Celtics claimed it back. 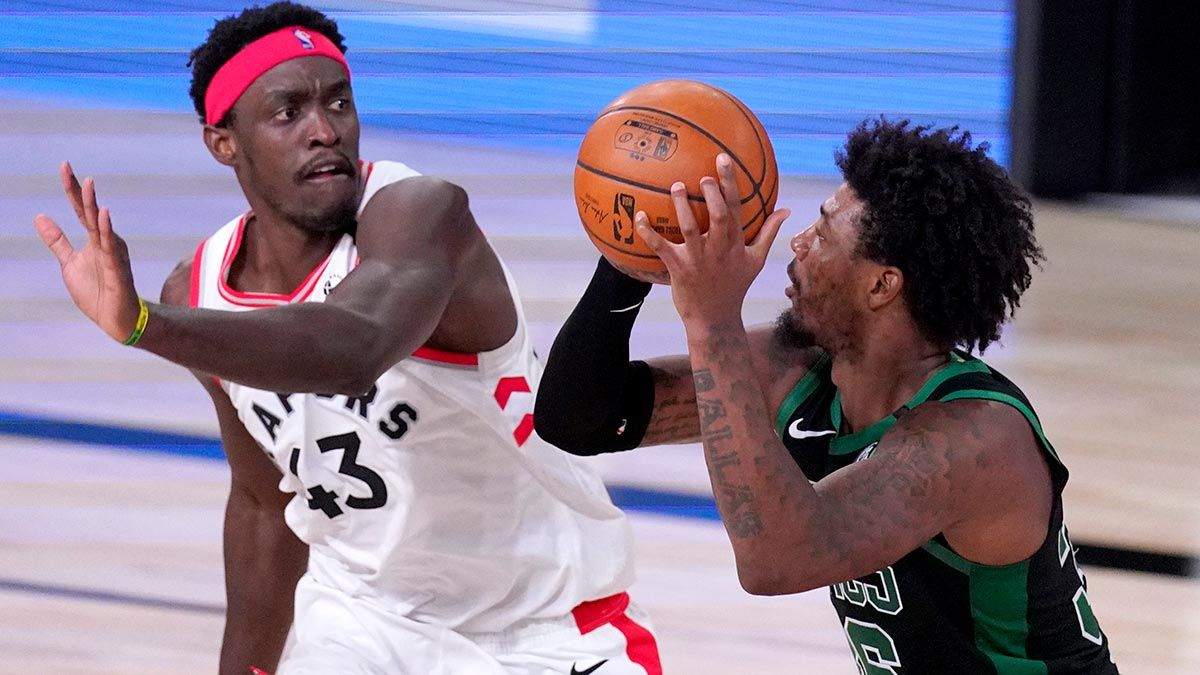 Raptors: Toronto was eliminated 456 days after winning the preceding season's title, obviously the longest such run for a team that didn't win consecutive championships. ... The Raptors are scheduled to fly home Saturday afternoon.