INDIANAPOLIS — Marcus Smart's leaning bank shot in the final minute gave the Celtics' the lead after the team blew a 19-point advantage and Boston then held on for a 114-111 victory Tuesday night (Wednesday, Manila time) over the Indiana Pacers to clinch a playoff spot for a sixth consecutive year.

Smart put the Celtics ahead for good at 111-109 with 49.7 seconds left by scoring in the lane over Domantis Sabonis, who led Indiana with 28 points, nine rebounds and eight assists.

Smart made two free throws with seven seconds to go for a three-point edge, and Justin Holiday missed badly on a contested 3-pointer as time expired.

Victor Oladipo finished with a season-high 27 points to power a stunning comeback for the Pacers, who fell into an 85-66 hole late in the third quarter. 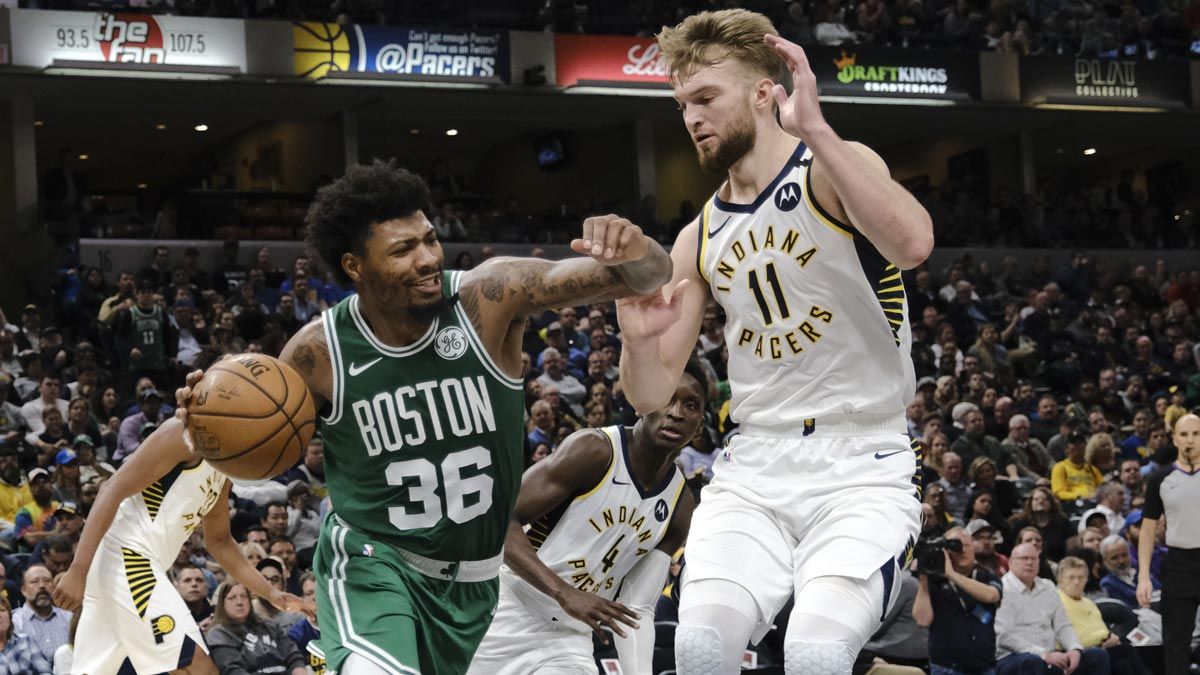 T.J. Warren, who finished with 22 points, hit a 3-pointer from the left corner to complete the furious rally and tie the score at 104 with three minutes to play.

Sabonis' spin move and score on Daniel Theis pushed the Pacers in front 107-104, but the struggling Celtics proved up to the challenge of recovering.

"We probably needed it," coach Brad Stevens said. "Go down three and find a way to win is probably a good thing for our team in the long run. That was hard. That was a good thing."

"We have 18 games left after this," Stevens said. "It's hard to go to the playoffs. I didn't know (we clinched). We're far from a finished product, but we've got to start ascending soon, so it was important to go through a night like tonight." 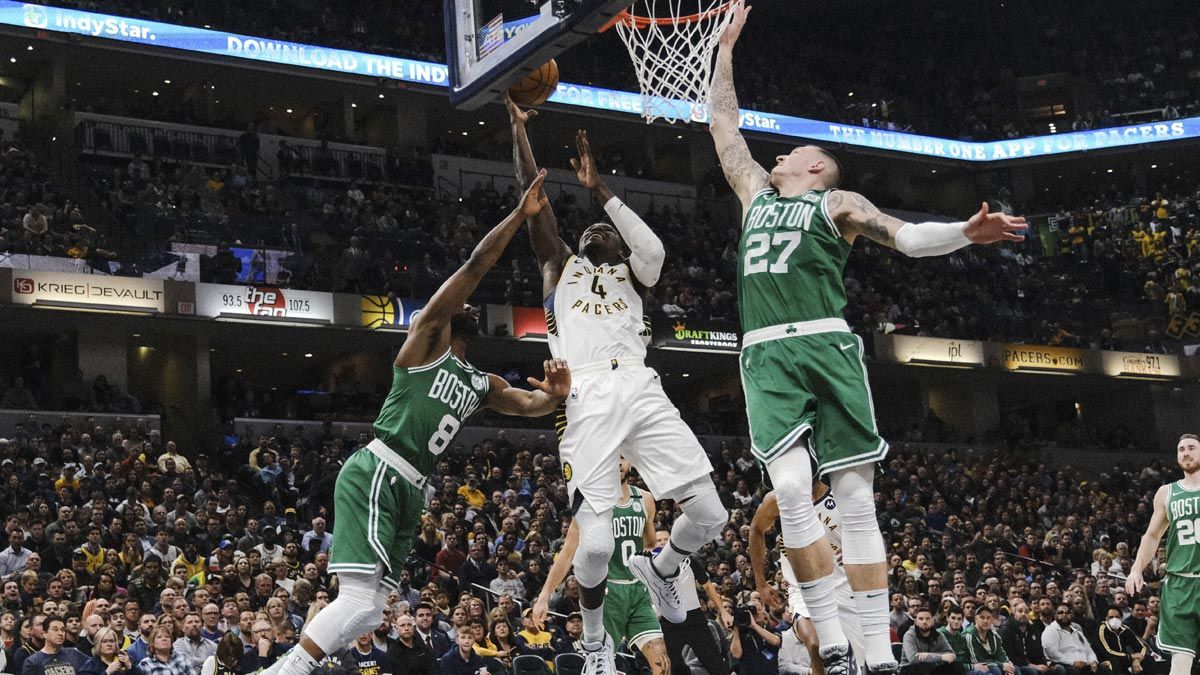 Boston: Hayward's pregame media availability occurred in an interview room adjacent to the home locker room. He and his teammates learned Tuesday morning about the NBA's closure of locker rooms to all nonessential personnel in response to the COVID-19 crisis.

"The same thing we've been talking about for a month now: just wash your hands and be careful about autographs and that type of stuff," Hayward said. "I just go with the flow. It certainly is concerning. I read an article that said Avon schools are closed for two weeks, right next to where I grew up. It's pretty crazy that they're doing all this, but it's certainly warranted to try to keep people safe."

Indiana: Before the game, Holiday praised the Pacers' seventh-ranked defense for the team's 8-2 resurrection since last month's six-game losing streak.

"Defensively, we've been very, very good," Holiday said. "High energy. Guys have been helping one another. We're not healthy, but I think we're going to be just fine if we play the way we have been."

Indiana: Enjoy three days off before a Saturday game at Philadelphia.