Darius Garland had his first triple-double with 11 points, a career-high 15 assists and a career-high 10 rebounds. Lauri Markkanen added 20 points, Kevin Love had 16, and Evan Mobley finished with 15 points, 10 rebounds and seven assists. Cleveland improved to 3-1 on its six-game trip.

Jordan Clarkson scored 22 points for the Jazz. Eric Paschall added 18 points, and Donovan Mitchell had 17. Utah lost its fourth consecutive game and suffered a wire-to-wire loss for the first time in 117 games.

With centers Rudy Gobert, Hassan Whiteside and Udoka Azubuike and forward Rudy Gay in COVID-19 health and safety protocols, the Jazz went with 6-foot-5 Royce O'Neale as their starting center.

Cleveland took advantage of the small lineup and never trailed. The Cavaliers had a 50-32 rebounding edge and outscored Utah 60-36 in the paint.

The Jazz erased an 11-point deficit late in the first quarter with baskets on seven consecutive possessions. Clarkson drove for a layup to kickstart the run and scored back-to-back baskets to help Utah tie it at 24.

Cleveland gradually built up a double-digit lead again before halftime. Love and Markkanen made back-to-back baskets to ignite a 14-4 run that put the Cavaliers up 50-36 midway through the second quarter.

Mitchell and Bogdanovic made back-to-back 3-pointers to cut it to 62-58 early in the third quarter. Cleveland answered with a 21-0 run to keep Utah from erasing a lead once again. Stevens scored on four straight possessions to fuel the spurt and finished it off with a dunk that gave the Cavs an 83-58 lead.

The Jazz went 5 1/2 minutes without scoring during the third quarter. 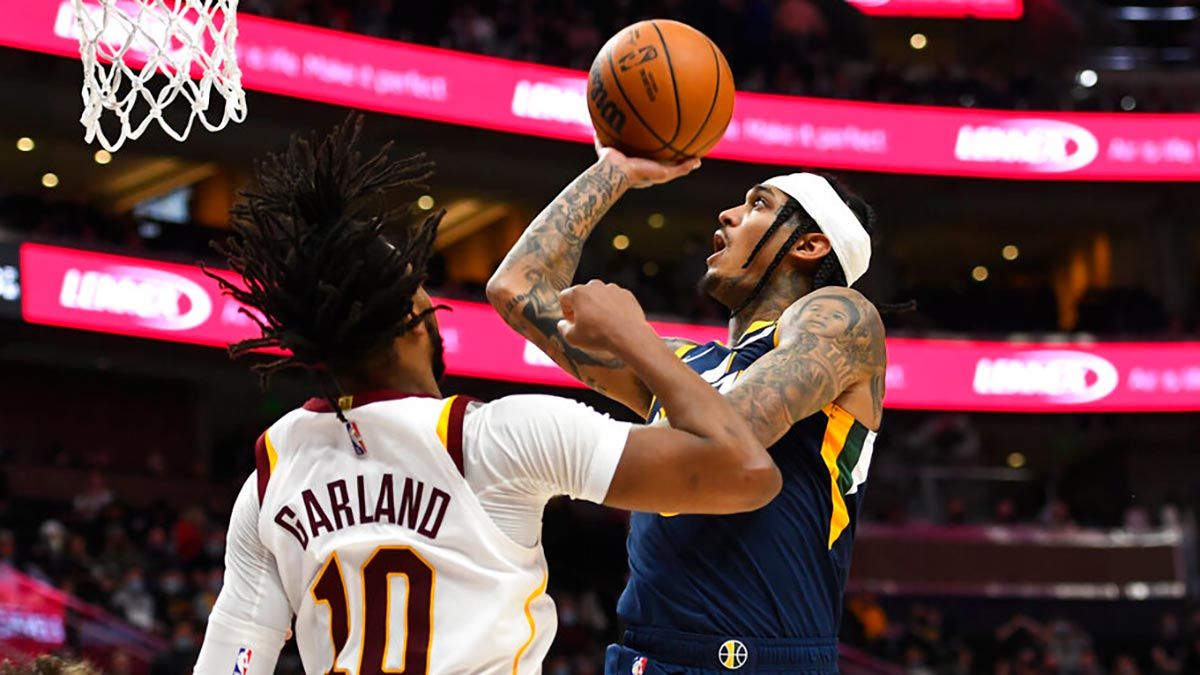 Cavaliers: Rajon Rondo was inactive (right hamstring soreness). … Stevens scored the Cavaliers' first 13 points of the third quarter. He singlehandedly outscored Utah 13-6 over the first five minutes of the second half.

Jazz: Denzel Valentine made his Jazz debut after signing a 10-day contract Monday. He had five points and three rebounds in 17 minutes. Valentine appeared in 22 games with the Cavaliers this season. … Joe Ingles was ejected with 6:24 left in the second quarter after picking up his second technical foul. Ingles picked up his first technical at the 8:32 mark in the first quarter. He missed Utah's previous four games after testing positive for COVID-19.

Jazz: At Denver on Sunday night.