The Wizards led by as many as 10 points in the second half and fended off a late scare by the Thunder to snap a two-game skid.

"Lucky," Washington coach Wes Unseld Jr. said. "We got enough stops late in the fourth to come away with it, but there was a lot of coverage confusion during that stretch, … We've got to be better."

Lu Dort led Oklahoma City with 21 points, and Shai Gilgeous-Alexander had 15. After winning four in a row, the Thunder have lost seven of eight. 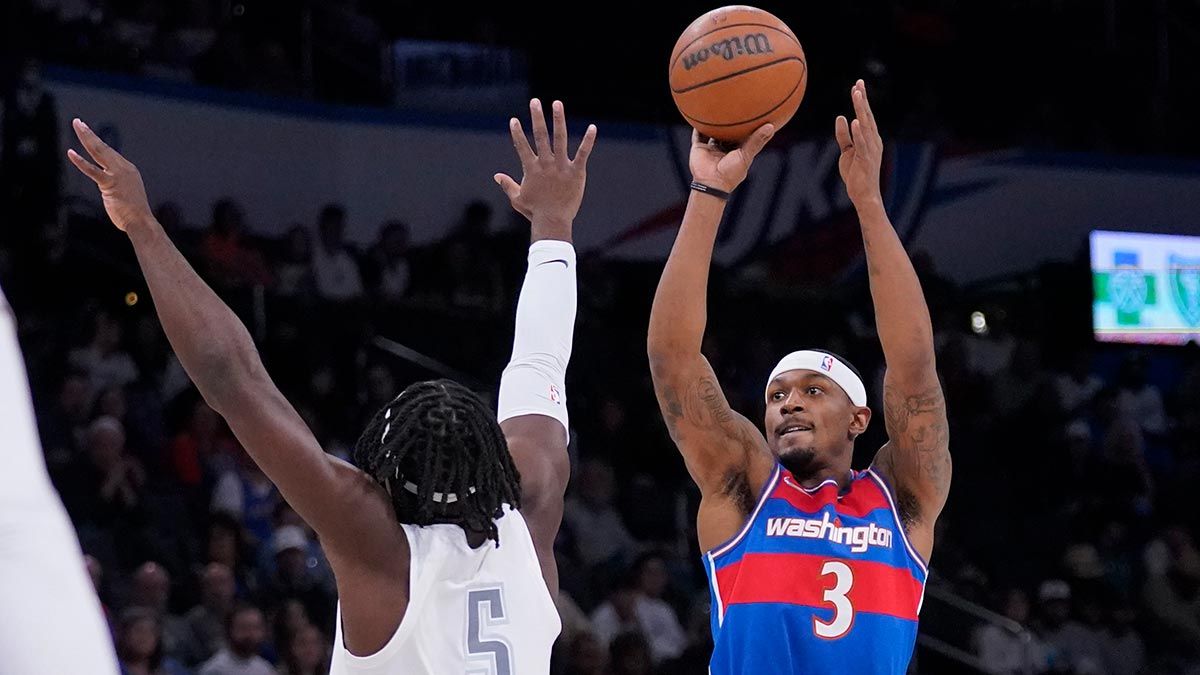 The Thunder led 27-25 at the end of the first quarter, with Gilgeous-Alexander either scoring or assisting on 20 points.

Oklahoma City opened up a 52-44 lead late in the second quarter, but Caldwell-Pope scored seven straight points during a 12-0 run by the Wizards. Washington led 56-54 at the half.

"I tried tonight to just stay in the flow," Caldwell-Pope said. "I tried to go straight up and down when I caught the ball, not try to set-shoot it. I kind of watched film on that and figured it out."

Washington took a 76-68 lead heading into the fourth quarter. Oklahoma City made a late comeback attempt, but a 3-point attempt by Gilgeous-Alexander at the buzzer rimmed out.

Wizards: Montrezl Harrell scored 14 points in 20 minutes off the bench.

Thunder: At Houston on Monday night.

Wizards: At Dallas on Saturday night.