Out of the playoffs for fourth straight year, Bulls seek answers

CHICAGO — Zach LaVine insisted he had never played on a team as talented as the Chicago Bulls were this season. That made it all the more disappointing.

Instead of gearing up for a potential playoff appearance, the Bulls are once again on the outside looking in.

"I'm not upset or spiteful about things that happened," LaVine said on Monday (Tuesday, Manila time). "I just know that we have to work on things and get better at them. We are a good team, and this season made us better."

The Bulls finished 11th in the Eastern Conference at 31-41, two games behind Charlotte for the final play-in spot and out of the postseason for the fourth straight year. They think they are on the right track after their first year with Arturas Karnisovas leading the basketball operation and Billy Donovan coaching them. But they're also frustrated.

"I'm optimistic because I know that each player is disappointed with the season, and I want them to go into the offseason feeling that way and remember what it feels like," said Karnisovas, Chicago's executive vice president of basketball operations. "And, again, to figure out the ways that it doesn't happen again."

The Bulls have holes to fill on the roster, whether it's a play-making point guard or help on the wing. They could be in the market for a big man, depending on whether they retain Lauri Markkanen, Thaddeus Young and Daniel Theis.

They ranked 27th in the NBA in turnovers per game and last in free-throw attempts. Clearly, there is work to do.

But there were also positives to take from this season.

LaVine was an All-Star for the first time in his seven seasons. The Bulls landed a top-tier post presence at the trade deadline when they acquired Nikola Vucevic from Orlando.

Patrick Williams showed promise as a rookie. Second-year pro Coby White improved down the stretch, though it remains to be seen if his future is at the point or not.

The trade for Vucevic didn't pay off the way the Bulls hoped. Not in the short term, anyway.

They thought they were setting themselves up for a playoff push this season when they acquired him. Instead, they went 12-17 the rest of the way.

"We are happy to add Vuc in this equation," Karnisovas said.

Vucevic, who has two years left on his contract, averaged 21.5 points and 11.5 rebounds in 26 games for Chicago. But the Bulls struggled to develop the chemistry they needed.

There was little practice time because of the condensed schedule brought on by the pandemic. It didn't help, either, that LaVine missed 11 games late in the season because of COVID-19. Chicago went 4-7 in that stretch.

Their first-round pick this year would go to Orlando as part of the Vucevic trade if it's not in the top four. 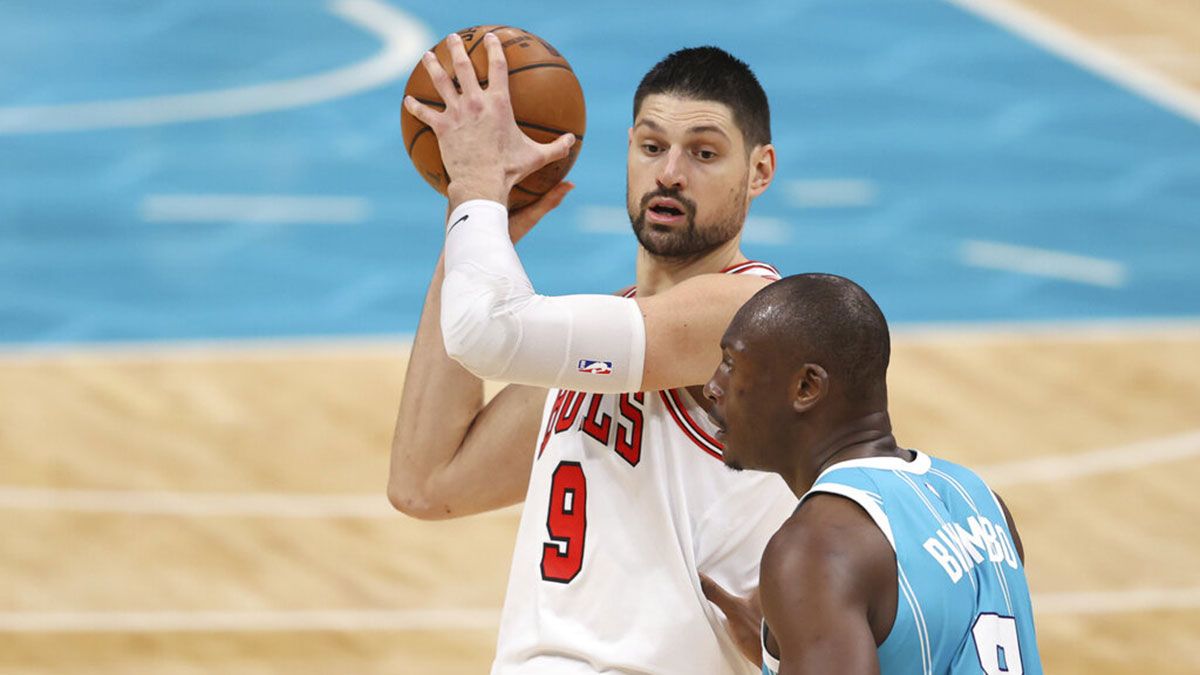 Karnisovas called Markkanen "an essential part of our team" and hopes to have him back next season.

The 7-foot Finn averaged 13.6 points and 5.3 rebounds — both career lows — while setting personal bests by shooting 48% overall and 40.2% on 3-pointers. He also missed 21 games in another injury-filled season and lost his starting job along the way.

Donovan made a big impact in his first year with the Bulls. LaVine called him "a true leader." Veteran Garrett Temple, who hopes to re-sign with Chicago, said his pregame and postgame speeches were "probably the best I've heard" when it comes to holding the team accountable.

With one season remaining on a four-year, $78 million contract, LaVine is in line for a hefty raise. And he didn't sound like he would be willing to give the Bulls a discount to give them more flexibility to add other players.

"I try to let my performance on the court dictate what I get paid," LaVine said. "I think that's what everybody wants — to get paid what they're worth. When my time comes, I definitely will get that. I think with different situations, with different people taking less money or taking the max, it's a business at the end of the day. I definitely want what I deserve, and whatever that is, I'll have it coming to me.''