Bulls back on track, end Clippers win streak at seven

Lonzo Ball had 10 points for the Bulls, who used generous amounts of Los Angeles-area talent to earn the victory. DeRozan is a LA native who went to USC, while LaVine and Ball attended UCLA.

Paul George scored 27 points and had 11 rebounds for the Clippers, while Eric Bledsoe added 21 points. Los Angeles lost for the first time since Oct. 29 at Portland.

George and Reggie Jackson, who lead the Clippers with more than eight 3-point attempts per game, were a combined 5 of 21 from distance. Jackson scored 13 points while going 4 of 17 from the field.

The Bulls opened a 17-point lead in the first half and were on top for a majority of the game. Chicago is 1-1 to open a five-game trip that includes a back-to-back at L.A. against the Lakers on Monday.

The Bulls had a double-digit lead less than five minutes into the game and opened a 17-point advantage one minute into the second quarter after a cutting layup by Ayo Dosunmu. The Bulls led 54-45 at the half. 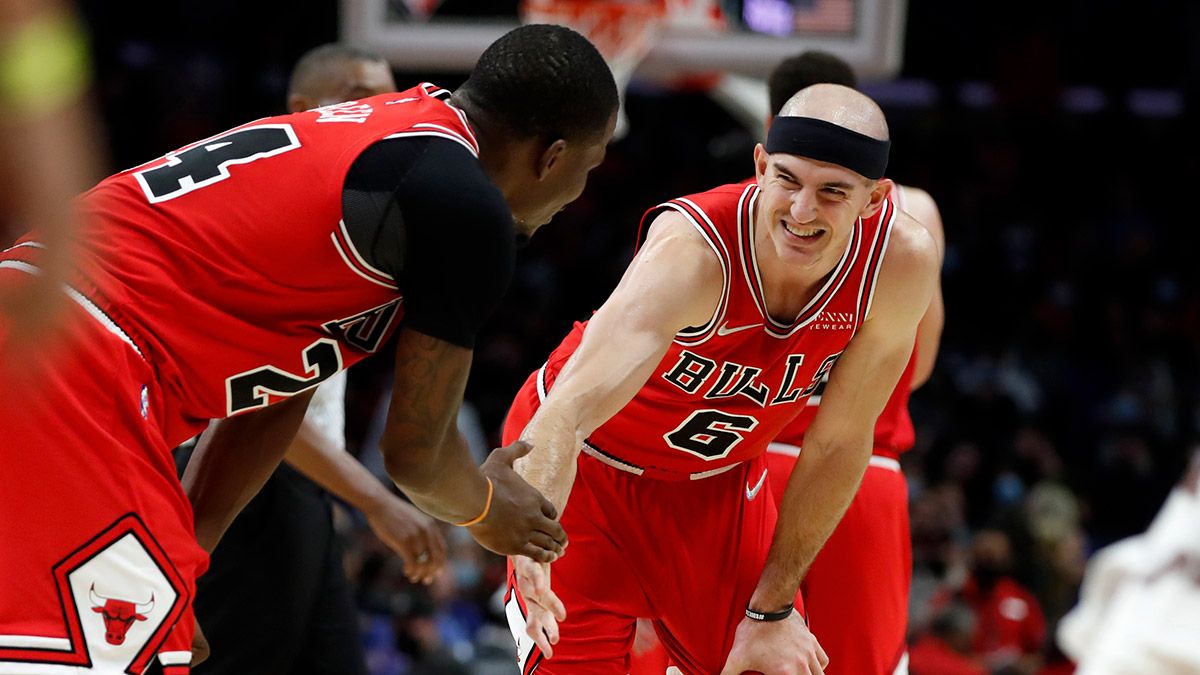 Bulls: G Coby White has not played this season after shoulder surgery. That'll change this week: He was cleared to make his season debut Monday against the Lakers, coach Billy Donovan said.

Clippers: F Marcus Morris, who has not played since Oct. 23, is making progress on a left knee injury, according to coach Tyronn Lue. LA still doesn't know if Morris will be on a two-game road trip later this week.

Bulls: At the Los Angeles Lakers on Monday.