Budenholzer's dad wants Bucks to use this high-school strategy

PHOENIX — If Vince Budenholzer had his way, the Milwaukee Bucks would start guarding Chris Paul the minute he walked into the arena.

Mike Budenholzer grew up in Holbrook, Arizona, where his father was a state championship-winning high school coach. The Bucks coach said his father wants to see the NBA team use a high school strategy.

"He wants us to press every minute of every game," Budenholzer said. "He doesn't understand why we don't press more. And one of his favorite lines to me was, you should press as soon as they get off the bus."

Giannis Antetokounmpo would be on board. 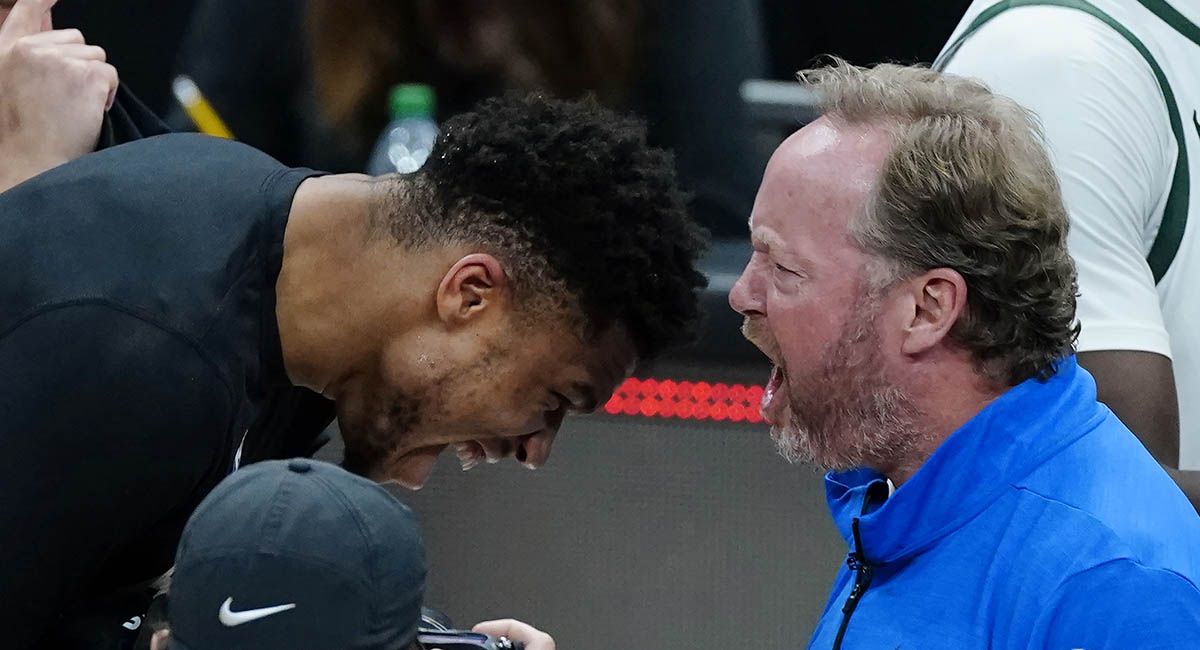 "Press full court and make it a little bit tough for them? I think that's a good advice."

Budenholzer said sometimes his father draws up defenses he thinks his son should try. Alas, the Bucks don't use the ones involving a press.

"But if you take that notion, that idea of full-court pressure, I think there's an idea of playing hard and competing and being aggressive," Budenholzer said.

At 80 years old, Larry Brown has a new job, and he's nervous.

He's going to be a basketball coach again, working for Penny Hardaway at the University of Memphis.

"Well, I hope I haven't forgotten how to coach," Brown said. "That's been a concern of mine."

With all Brown's success, he should have no reason for worry.

The only coach to win an NBA championship and an NCAA title was awarded Thursday with the Chuck Daly Lifetime Achievement Award, given by the National Basketball Coaches Association.

Like Daly, Brown coached the Pistons, leading them to the 2004 NBA title. He also won the NCAA title in Kansas in 1988.

Brown led an NBA-record eight different teams to the playoffs. He was inducted into the Naismith Memorial Basketball of Fame in 2002, the year after taking Allen Iverson and the Philadelphia 76ers to the NBA Finals.

That city will now be the first stop on the next stage of Brown's basketball journey.

"As a matter of fact, my first recruiting visit is going to be in Philadelphia on Saturday," he said. "I'm excited to get back."

July is better than September, at least when it comes to getting people to watch the NBA Finals.

The league will prefer when they're back in June.

ESPN announced Thursday that the ratings for Game 1 were up 13% from the opener of last year's series, according to Nielsen.

The network said that the broadcast Tuesday night on ABC averaged 8.56 million viewers, peaking with nearly 10 million between 11:15 and 11:30 p.m. EST.

This is the second straight year the NBA Finals are off their usual June schedule. Game 1 last season between the Lakers and Miami Heat was held on Sept. 30 at Walt Disney World, where play resumed after being stopped in March because of the coronavirus pandemic.

Those finals ended Oct. 11 and there was a short turnaround to begin the 2020-21 season by Christmas. That was done in part to get back to finishing next season in June, which the league views as a better time for TV viewership.

"So it also meant trying to do everything we could to get back into our natural season next year, meaning starting in October and ending before July," Commissioner Adam Silver said Tuesday. "Of course we're in July this year, something not optimal for the league, both in terms of television viewership and for the players as well."