MILWAUKEE — Giannis Antetokounmpo followed up his MVP performance in the All-Star Game with his fifth triple-double of the season to help the Milwaukee Bucks trounce the New York Knicks 134-101 on Thursday night (Friday, Manila time).

Antetokounmpo had 24 points, 10 rebounds and 10 assists in 29 minutes as the Bucks handed the Knicks their most one-sided loss of the season. The Bucks shot 57.5% against New York, which entered the night leading the NBA in scoring defense (104.4), field-goal percentage defense (.435) and 3-point percentage defense (.330).

The Bucks have won seven of their last eight and now prepare to begin a three-game road swing.

He went 8 of 12 from the floor and made all seven of his free throws Thursday. Antetokounmpo made his first four shots Thursday – all on dunks and layups – before finally missing one with 4:13 left in the second quarter and promptly delivering a putback.

Bryn Forbes added 21 points as the Bucks had seven players score in double figures. RJ Barrett had 22 points, Alec Burks 17 and Immanuel Quickley 15 for the Knicks. 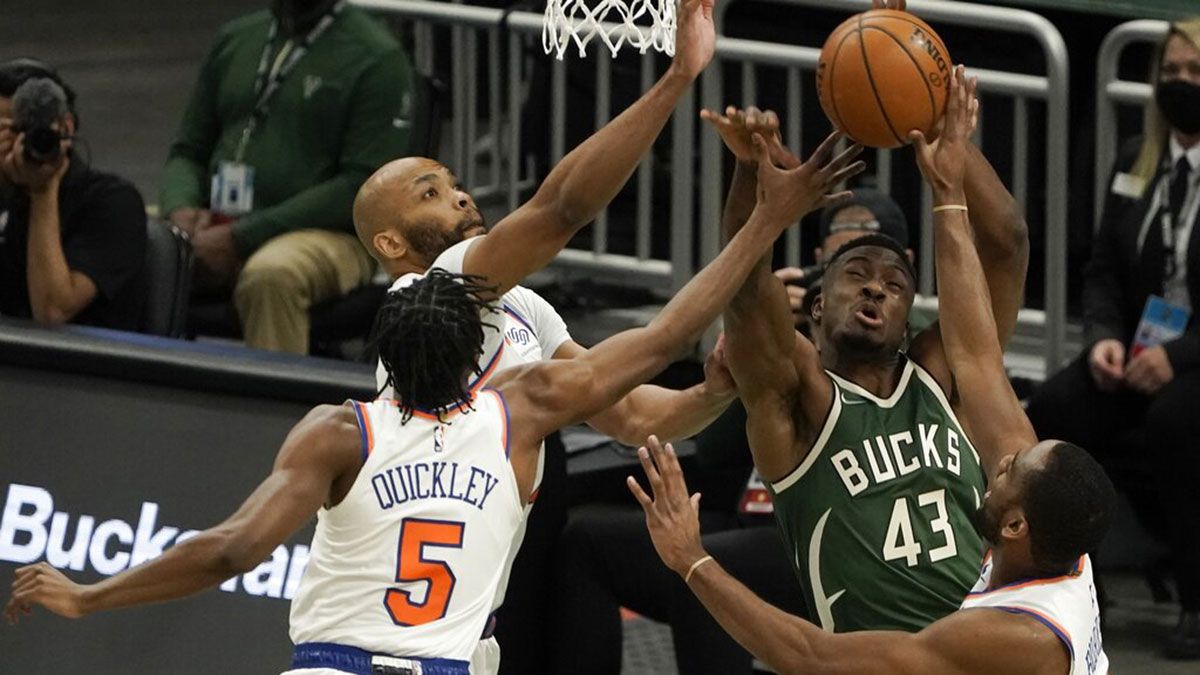 Milwaukee gained a measure of revenge after falling 130-110 at New York on Dec. 27, the Bucks' second-most lopsided loss of the season.

Knicks: Derrick Rose missed a third straight game due to the league's health and safety protocols. Taj Gibson returned from a sprained left ankle and had seven points in 26 minutes. Gibson had missed the Knicks' last three games before the All-Star break. ... Julius Randle had seven points, eight rebounds and six assists but shot just 3 of 12. Randle had 29 points, 14 rebounds and seven assists in the victory over the Bucks back in December.

Bucks: Jrue Holiday returned to Milwaukee's starting lineup for the first time since missing 10 games due to COVID-19. Holiday returned to action Feb. 28 but had come off the bench in his first three games back. … The Bucks announced that local health officials will allow them to have about 3,200 spectators – 18% of Fiserv Forum's capacity – for home games beginning March 20 against San Antonio. The Bucks currently are permitted to fill 10% of the arena's capacity, which gives them about 1,800 spectators. ... Mamadi Diakite, a member of Virginia's 2019 national championship team, made his NBA debut in the closing minutes.

Knicks: At Oklahoma City on Saturday in the second game of a four-game road swing.

Bucks: At Washington on Saturday in the first of two straight games with the Wizards.
___