MILWAUKEE — Milwaukee Bucks forward Khris Middleton is practicing with his teammates again and expects to play on Wednesday (Thursday, Manila time) against the Los Angeles Lakers after missing eight games due to a positive COVID-19 test.

"I've been working out the last couple of days here while guys were on the road," Middleton said after Tuesday's practice. "In practice, I felt good. But everybody knows game shape is a totally different ballgame. I can't wait to see how I feel tomorrow."

In that regard, Bucks guard Jrue Holiday's return after sitting out 10 games with COVID-19 last season could serve as a guide. Holiday played 18 minutes in each of his first two games back, then worked his way up to 23 minutes and 25 minutes before getting up to 32 minutes in his fifth game back.

Middleton acknowledged he was worried when he first learned about his diagnosis. He was not asked Tuesday about his vaccination status.

"Definitely panic," Middleton said. "You hear all the stories out there. I definitely feel like my family and I were very fortunate that we didn't have to end up in the hospital or get severe symptoms." 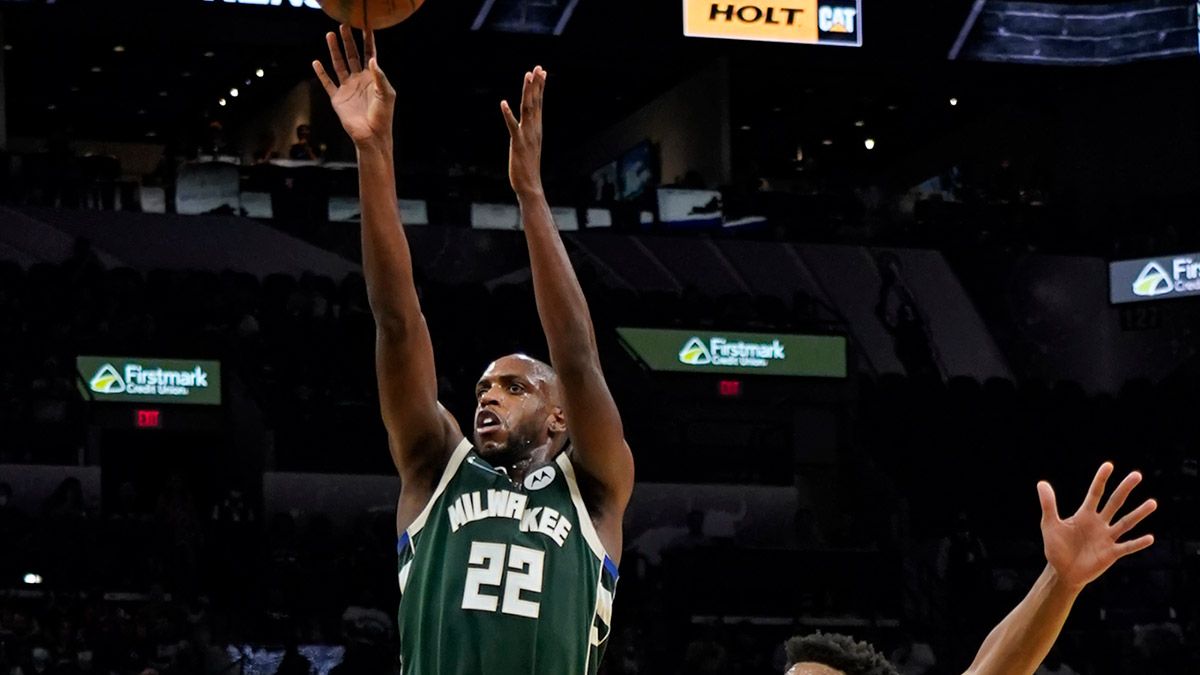 The struggling Bucks hope to get a big boost from Khris Middleton.

The defending champion Bucks are hoping Middleton's return can help them break out of a slump. Milwaukee went 3-5 in the games the two-time All-Star missed, and has a 6-8 record this season. The Bucks are about to play five straight home games after going 2-3 on a five-game trip.

Middleton averaged 20 points, 4.7 rebounds and 4.5 assists in the six games he has played.

Middleton said he "had a couple of symptoms" and felt sick for about two days after going home. Middleton then started to feel better but still couldn't begin workouts.

"Once I felt fine, I was still testing positive," Middleton said. "You've got that itch, and I'm calling the trainers to see if I could do anything. They'd tell me I can't get my heart rate up or exercise or work out or do anything till I get cleared by the doctors. That was the hardest part, just sitting, feeling like I was good to go but didn't get clearance yet."

The positive test also prevented Middleton from joining his teammates on their Nov. 8 trip to the White House in honor of their 2020-21 championship, though participated from home. Bucks forward and two-time MVP Giannis Antetokounmpo surprised Middleton by contacting him via FaceTime and having him speak to President Joe Biden.

"I had no idea," Middleton said. "I was sitting on a couch with the family to see the whole event go on the livestream. I was waiting, waiting, waiting. Next thing, I get a call and I'm like, 'Oh, OK, this is why you aren't starting yet.' It was definitely cool."