LAKE BUENA VISTA, Florida — Brook Lopez sensed bonds between Milwaukee Bucks players strengthening after their decision to boycott a playoff game sent ripples across the NBA and other major pro sports leagues, which joined in suspending play to protest against racial injustice.

And when it was time to return to the court, they were in sync.

Giannis Antetokounmpo had 28 points and 17 rebounds and the Milwaukee Bucks beat the Orlando Magic, 118-104, on Saturday (Sunday, Manila time) to close out the Eastern Conference series in five games.

"You could just feel the closeness," said Lopez, who had 16 points. "We're still out there on the floor taking care of our mission and what we want to achieve, but I think being through all this brought us together even more."

The Bucks advanced to face Miami in the second round, beginning Monday. But they showed little interest in congratulating themselves or talking about basketball after the first NBA game played since they declined to take the court on Wednesday night, when Game Five was originally scheduled.

Their decision not to play came in response to the police shooting of Jacob Blake, who is Black, in Wisconsin. Before long, games were being postponed in the NHL and in Major League Baseball, while some NFL teams chose to call off training camp practices.

"Trying to end racial injustice and end racism and make this world a better place is still more important than anything we did today," Bucks coach Mike Budenholzer said. "Our players, their professionalism and their ability to come out and play today, it's what we expect from each other, but it's still hard to do."

Khris Middleton had 21 points and 10 rebounds for Milwaukee. The Bucks had a 21-point lead trimmed to three in the fourth quarter before regaining control with the help of Marvin Williams' timely outside shooting. 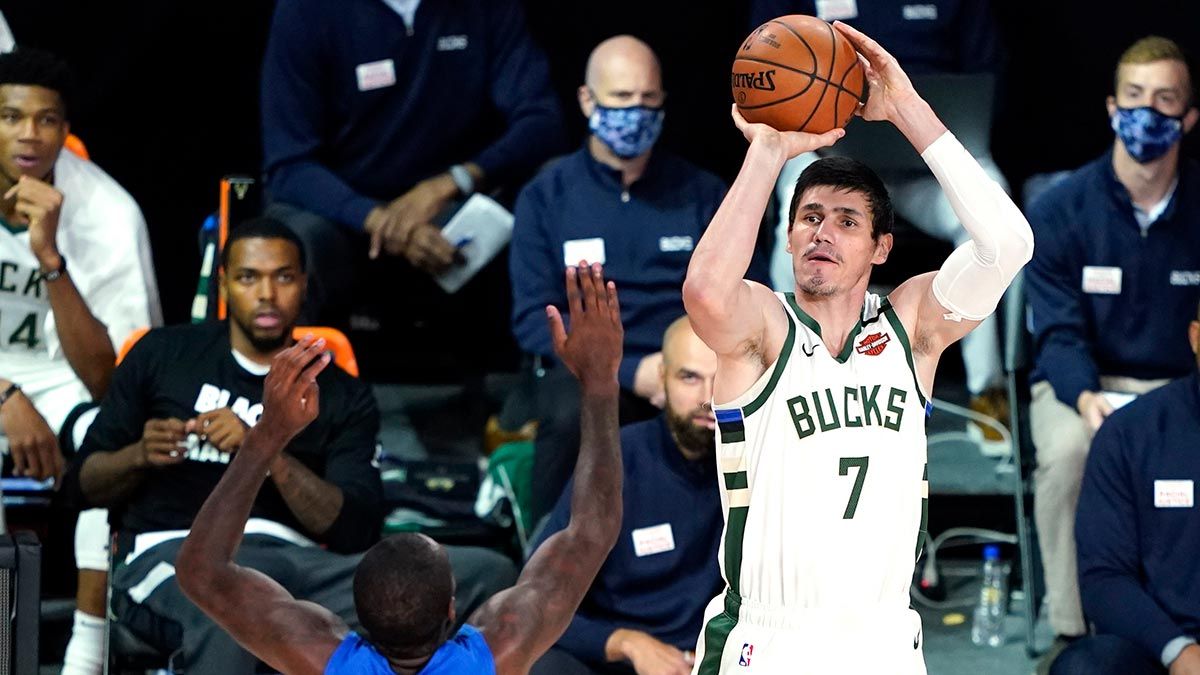 Williams scored all 12 of his points on 3-pointers for Milwaukee, which won four straight after dropping the opener.

"We did a great job, just from Game 1 until Game 5, just improving," Antetokounmpo said. "Hopefully, it can carry over to the next round."

Nicola Vucevic had 22 points and 15 rebounds for Orlando, while Evan Fournier added 18 points.

Milwaukee led 74-53 when after Middleton's 3 early in the second half. The Bucks still led by 20 with about three minutes left in the third quarter before Orlando surged back into the game.

The Bucks called timeout, starters checked back in, and Milwaukee quickly pulled away again, starting with Williams' 3 after Lopez's offensive rebound.

Middleton followed with a fade from the top of the key, Williams added another 3 and Middleton's free throw pushed the lead back to 105-93.

"They're a championship caliber team," Orlando coach Steve Clifford said of the Bucks. "We hung in there because we had the right approach and we had our chances." 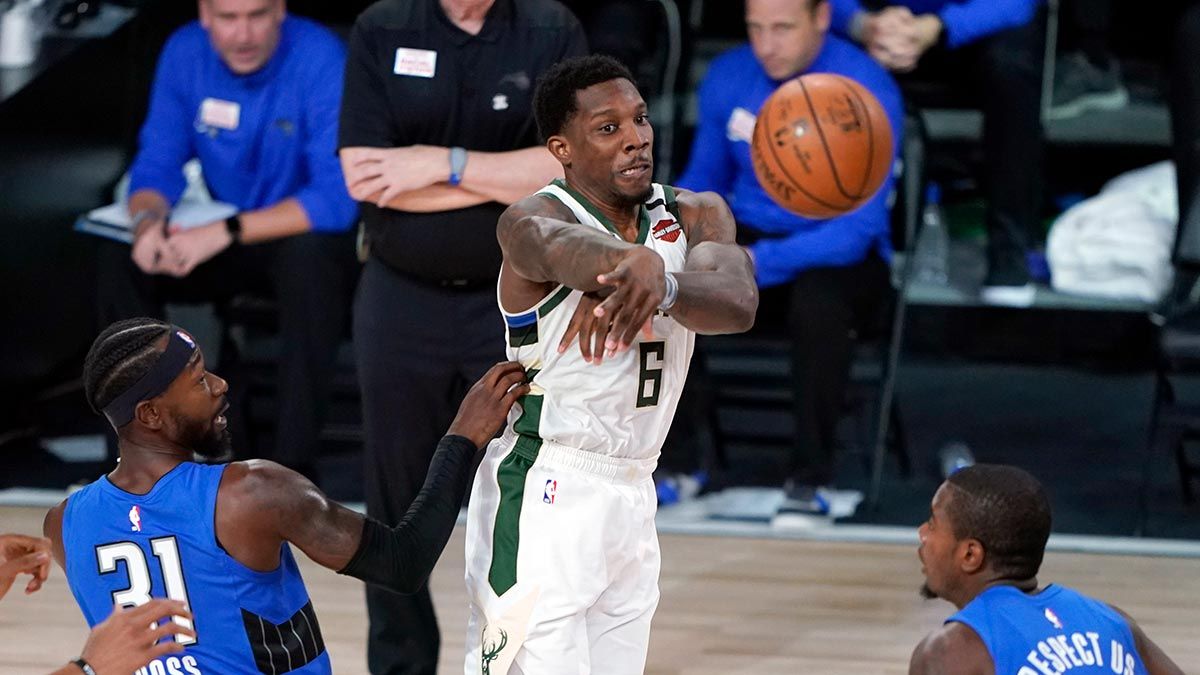 Magic: Augustin finished with 15 points, Markelle Fultz added 14 points and Ross 13. ... Shot 39.4 percent (37 of 94) overall and 36.6 percent (15 of 41) from 3-point range. ... Has opened its past three playoff appearances with a victory before losing four straight each time. That included last season. "We took a step forward this year," Vucevic insisted. "I know we still lost 4-1, but a much better showing."

Milwaukee's boycott led to a pause in all NBA play for two days while players convened to consider abandoning the remainder of the season before ultimately deciding to resume the postseason.

"We thought we could make more of a statement staying here and playing in front of the world instead of going home to our respective cities, our respective communities, you know, doing it by ourselves," Middleton said.

Before tipoff, a moment of silence was held to honor former NBA player Clifford Robinson, long-time college basketball coach Lute Olson and Black actor Chadwick Boseman, who all passed away in the past few days.

Budenholzer, an Arizona native, choked up before the game while talking about what Olson, who coached more than two decades at Arizona, meant to him.

"He touched my life," Budenholzer said. "There's only a few people you can say you wouldn't be where you are today without them and he's one of them."

Players and staff knelt, many with arms locked, during the national anthem.

Milwaukee's George Hill, who was among the catalysts for Wednesday's boycott, could be seen on camera standing in a corridor near the locker rooms during the anthem before walking out to the court.

"As much as sometimes I didn't want to be out there today, I can't give up on my team," Hill said. "I told them I want to stand with them just as much as they stood with me the other day."

Orlando stayed close into the second quarter and was within six points when Williams' 3 began a 23-12 Bucks run to end the half.

The spurt included Antetokounmpo's left handed dribble down the lane for a driving one-handed dunk and his alley-oop dunk of Eric Bledsoe's lob. Middleton added two 3s, the second as he was fouled for a 4-point play that made it 67-50 at halftime.